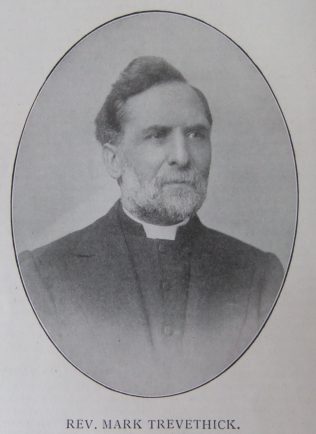 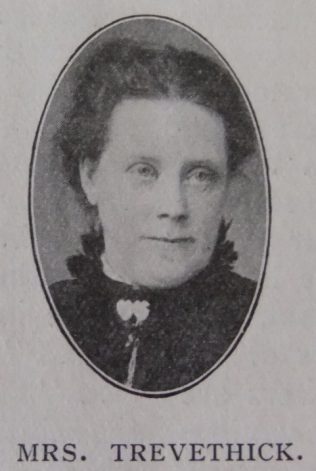 Mark was born on 28 February 1847 in Plymouth to parents James and Eliza. James was a brush maker.

In the early years of his life the family moved to Lostwithiel in Cornwall. Mark’s father was a much respected official in the PM church. Mark was converted at the age of seventeen under the ministry of Rev Isaac Hedges. Mark soon became a local preacher on the St Austell Circuit.

Mark aimed to be a successful preacher of the Gospel. His great work was the building up of the Church and the salvation of men. As a preacher he was evangelical and expository rather than argumentative. His discourses were well thought out and revealed careful preparation.

His obituary records that Mark was practical in the oversight of the business of circuits, and had a full measure of success in the erection of new chapels, and also in the reduction of debt.

He was of a retiring and sensitive disposition, never seeking connexional offices or honour, but ready to all that was required of him.

Whilst at Clun, Mark served as Chairman of the Parish Council.

Mark died on 28 February 1911 at St Neots. He was laid to rest at Leighton Buzzard, near to the grave of his son.