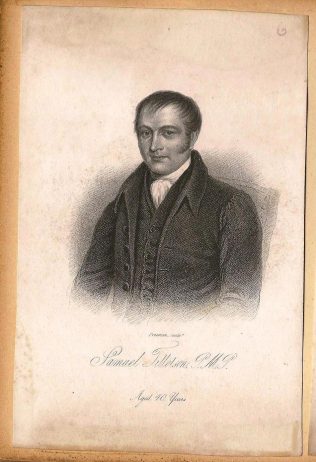 Samuel was born at Holbeck, Leeds, on 13 August 1794 to parents John and Esther. Samuel was associated with the Wesleyans in the time period 1817-1819 as two children were baptised in the Wesleyan Chapel at Holbeck.

Primitive Methodists first began to meet in Leigh in a cottage off Kirkhall Lane, but in 1834 Samuel bought a plot of land on the south side of Bradshawgate and built a chapel and school.

On a preparation for the coming of the Lord: A sermon preached from the parable of the wise and foolish virgins: in the Primitive Methodist Chapel, Newcastle upon Tyne, on the 4th of Dec. 1825 , pub 1826

http://www.leighlife.com/?page=wiki&id=leighlife:lhpennington , The Township Pennington to the Year 1875