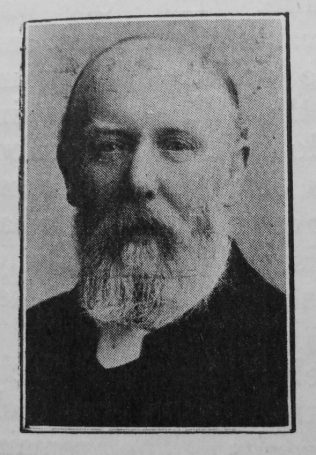 Rev. James Taylor was a strong man and of marked individuality. Constitutionally rugged he had been at no pains to smooth away the angles with which nature had endowed him. He had scant regard for conventionalities, but if brusque in manner his heart was as kindly as ever beat in human breast. A few days in his beautiful manse at Crook would reveal his unstinted kindness and the charm of his home life. When official positions came to him, he did his duty as few men could. The official temper was alien to him, and had he been raised to the presidency he would not have counted it the highest honour his church could bestow upon him; that she had long ago conferred when she called him into the ministry. He was a good administrator, did good work in chapel and manse building, and as General Committee Delegate received the high encomiums of his brethren, but his pulpit was his throne. He was indeed one of the ablest ministers of the Word our church has produced.

Preaching was his element, and meet him when you might he would be found to have sermon on the anvil. He was wont to take a text “by the nape and struggle with it till it yielded what it contained.” If he gave advanced thinkers strong meat the common people heard him gladly; he preached a broad and generous Gospel and was successful above many in winning men to God. A man of few recreations he occasionally allowed himself a fishing excursion when in Weardale; but whether the Wear was largely depleted of its trout by his piscatorial exercises history deponeth not. He lived a strenuous life, and was one of the truest, bravest men we have ever met. Of him Cowper might have said:

“He holds no parley with unmanly fears;
Where duty bids he confidently steers,
Faces a thousand daggers at her call,
And, trusting in his God, surmounts them all.”

Born at Bottoms, Walsden, Lancashire, January 11th, 1844, Mr. Taylor had few educational advantages; he began work as piecer at eight; his father wakened him at five in the morning, and then carried him to the mill door. The pay was one shilling and threepence a week. The vicar of the parish took a fancy to him and often took him with him when he went to conduct service at Littleborough. A scholar in our Walsden School at eleven, a teacher at thirteen, at eighteen on the plan with Mr. J. Midgley, and recommended for the ministry by Knowlwood Station in 1866, he was called into the ministry the following August by Brough Station. Here the writer commenced his first superintendency in 1867, and was only one among the many friends Mr. Taylor made at that time. In 1869 our brother removed to Shildon, and the following year was separated from the Connexion, serving the next five years as a Congregational minister. This was due simply to an infraction of the Methodist law which imposes celibacy on a minister during probation. The act may have been foolish but was not wicked.

The new atmosphere was strange to Mr. Taylor and he longed to be back to the church of his youth. Providence opened the way, and in 1877 Stockton-on-Tees station called him to a second probation. To a man with a wife and family this meant a somewhat severe ordeal financially, but he faced it bravely and came out of it a stronger and better man. Subsequently he travelled in Brompton, Crook, Spennymoor (his first superintendency), Westgate, St. Helens Auckland, White-le-Head, North Shields, Shotley Bridge, Crook, for a second term, where ended his ministry and his life.

Despite his retiring disposition his brethren were careful to mark their sense of Mr. Taylor’s ability by appointing him President of the District Meeting, twice General Committee Delegate, and thrice delegate to Conference. Signs of failing strength have been evident latterly, but the break-down did not come till after the District Meeting last year at which he was General Committee Delegate. He tried hard to keep at work, but gradually weakened and quietly “fell on sleep,” February 13th, 1907, at the age of sixty-three. His excellent wife had predeceased him, but he had the loving ministrations of his daughter, Miss Taylor.

The interment was largely attended. Revs. T. Elliott, W. Gelley, J.W. Cotton, E.B. Storr, took part in the service, and the Rev. R. Clemitson gave the address which was supplemented by Rev. W.A. French, representing the General Committee. Revs. F. Hobson and J.S. Nightingale took part in the service at the grave. Space will not permit of quotation from the numerous letters of sympathy received. An impressive memorial service was conducted by Rev. James Young. We thank the great Giver for our brother’s life and work, and commend his family to the care of their father’s God.

“Thus star by star declines,
Till all are passed away,
As morning higher and higher shines,
To pure and perfect day!
Nor sink those stars in empty night,
But hide themselves in heaven’s own light.”