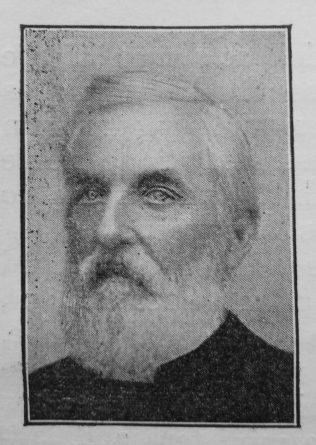 Transcription of Obituary in the Primitive Methodist Magazine by William E. Walmsley

The Rev. Robert Thompson was born at Longtown in Scotland on November 27th, 1837. A few years after his birth his parents removed to the neighbourhood of Swinefleet, in Yorkshire, here he came under the influence of our Church, of which his mother became a devoted member. On November 11th, 1855, when nearly nineteen years of age, he was converted at Reedness in the Swinefleet Circuit, and joined the church in that village. At once he entered into Christian work, teaching in the Sunday School, distributing tracts and assisting in evangelistic services, and eventually, became a local preacher. When in the twenty-fifth year of his age he was recommended for the ministry, and at the Conference of 1862, was stationed on the Diss Mission, in Norfolk.

The first nine years of his ministry were spent under the direction of the General Missionary Committee, on the following Home Mission Stations: Diss, Eynesbury, Spilsby, Marlborough, Sheerness, and Deal. After nine years of earnest and devoted labour on these stations, he was appointed to the Bury St. Edmund’s Circuit, in the Norwich District, and subsequently exercised his ministry on the following circuits: Colchester, Cambridge, Haverhill, Saffron Walden, Wickham Brook, Spalding, Buckingham, Farringdon, Leamington, Leake, and Epworth. During his second year at Epworth, his health failed, and for a time his voice was so affected that he was unable to preach, yet such was his devotion to the Church and his desire to serve its interests, that as soon as he was sufficiently recovered to go to his village appointments, he went and visited the people, and arranged for a local preacher to conduct the service.

Last Conference he retired from active work, and removed to Boston, hoping that after a few months’ rest he might be able to take a few appointments in the neighbourhood, but the Divine Father willed otherwise. He never recovered strength to enable him to conduct a service. In October, he had a severe attack of pneumonia, and for a few days was in a very critical condition. During this time his medical attendant discovered some unusual and dangerous condition of the lungs, which destroyed all hopes of his recovery. During these weeks of weakness and suffering he was tenderly cared for by his devoted wife, the daughter of the late Rev. Jacob Dawson. For nearly thirty-seven years she was a true helpmeet, sharing the hardships and rejoicing in the successes of his ministry.

These hours of trial were also brightened by the constant attention and affection of his children. On Friday, November 18th, he peacefully passed away, within a few days of his sixty-seventh birthday. Three memorable events in his life occurred in the month of November. He was born on November 27th, 1837, he was converted and joined the Church November 11th, 1856, and he entered into rest November 18th, 1904. The greater portion of Brother Thompson’s ministry was spent in the Norwich and London First Districts. The last nine years, however, were spent in the Grimsby and Lincoln District, in the Leake and Epworth Circuits; in the former of which he spent seven happy and fruitful years.

He has left no written particulars respecting his work on the circuits, and in the churches where his ministry was exercised. He was exceedingly modest and unassuming, and intensely devoted to his circuit work. Diligent in pastoral work and gentlemanly in his deportment, he won the affections not only of his own people, but also those of other churches. This was evidenced at the funeral. Before his death he expressed the wish to be buried in the churchyard at Old Leake. This part of Lincolnshire is purely agricultural and sparsely populated, yet on a bitterly cold November day, large numbers of people found their way to the churchyard, thereby expressing their esteem for our departed brother.

It was the desire of the family that the writer should conduct the service in the churchyard, to this the vicar readily assented and also expressed his desire to join in the service and offer prayer at the grave. The vicar also expressed his great respect for, and appreciation of the work and Christian character of Mr. Thompson during his seven years’ residence as a near neighbour. In the Grimsby and Lincoln District he was greatly esteemed. Diligent in all his work, he was earnest and faithful in his preaching, careful and correct in the details of circuit administration, honourable and Christly in all his relations to the officials in his circuits and his brethren in the ministry. Respecting him the Rev. John Pearson writes: “We have walked miles together in each other’s circuits. I admired his piety. It was cheerful, sometimes humorous. We all admired his modesty, he never sought position or place, his character was above suspicion, he was never showy, but you always felt that he was sincere and good at heart.”

We deeply sympathise with Mrs. Thompson and the children of our departed brother in their bereavement, and commend them to the loving care of the Divine Father, “Whose compassions fail not.”

Robert was born to parents James, a shepherd, and Mary Ann. Before entering the ministry, the 1861 census return identifies his occupation as schoolmaster.