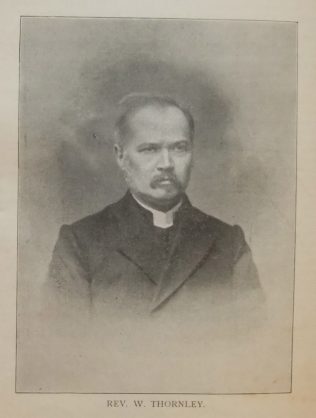 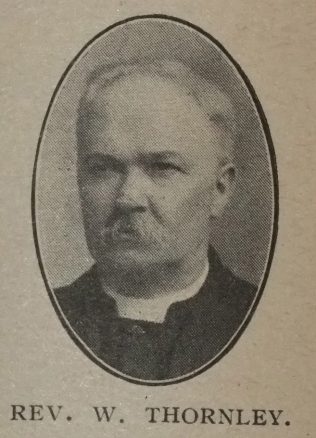 William was born on 2 July 1843 at Leyland, Lancashire. By the time of the 1851 census, his mother, Margaret had married William Sharrock, an agricultural Labourer, and was working as a hand-loom weaver of cotton.  William worked as a cotton weaver before entering the ministry.

William attended the West Street Sunday School, Chorley. He was converted through the ministry of Rev. Ambrose Kirkland in a revival. He gave himself to Christian service and to such studies that would render his service more efficient. This led to him becoming a local preacher.  He was called into ministry by his own circuit, although he was unable to take up the post of third minister due to the impact of the Lancashire cotton famine on circuit finances. He became a hired local preacher in the St Helen’s and Preston Stations.

As a preacher, he could declaim, quote poetry, and give wings to his imagination, but his sermons contained more teaching than declamation, more sober reasoning than poetry, and more appeals to the conscience than to the fancy.

As a superintendent he was very prudent and painstaking. He did his work methodically, carefully and well, and has been blessed with a fair amount of success. He had the knack of pulling disaffected parties together, and bringing discordant elements into harmony.