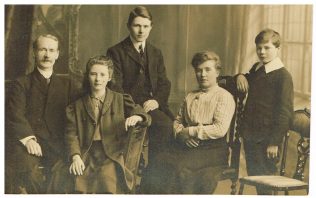 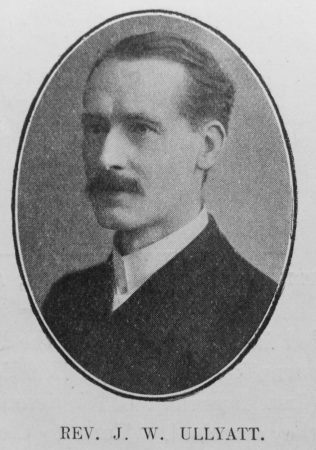 John was born in Sheffield, Yorks, in 1864, the son of William and Mary Ann Ullyatt. His father was a Steel Smelter, and the family were Primitive Methodists. At the time of the 1881 census, the PM minister was lodging with them in Nether Hallam.

John began his working life as a pawnbroker’s assistant.

John married Sarah Ellen Taylor in 1893. She was from Harriseahead. They had three children, all born in Alsager