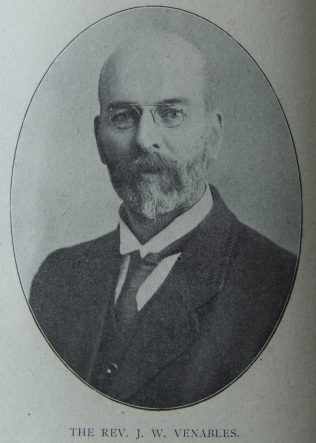 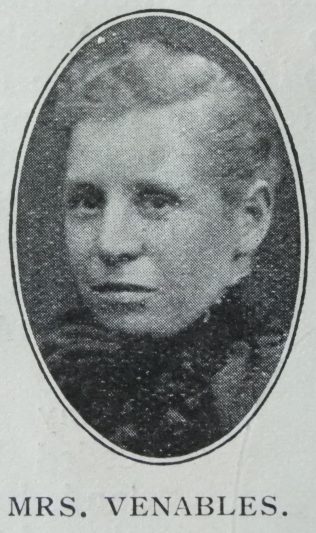 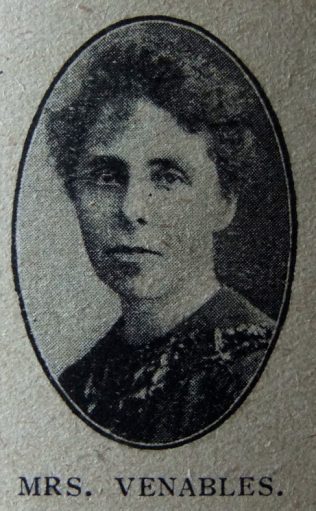 John was born in 1864 at Welsh Frankton, Shropshire, to parents Edward Venables and Jane Wardman. Edward was a butcher.

As a child John attended services held in his father’s and grandfather’s houses. He was converted at Oswestry when seventeen, and at once began to speak in the open air, and was made a local preacher. The 1881 census describes John as a photographer’s apprentice.

John moved to London, where in the Caledonian Road circuit, Thomas Guttery urged him to take up the work of ministry. He spent three months as a hired local preacher in the High Wycombe Circuit to prove himself and was accepted as a candidate in the District Meeting of 1887.

His first year was spent in supply work at Great Yarmouth and Cambridge.

A great deal of John’s time was given to juvenile missionary work. He revived and initiated juvenile classes, took a great interest in the Christian Endeavour and wrote article in magazines directed towards young people.

His obituary records that vitality was, perhaps his outstanding characteristic; he worked with abandon. His sermons, models of the homiletic art, were prepared with meticulous care, and he was a true shepherd of souls. His interests were wide, and he took especial delight in music and literature. John abhorred crookedness, and did not find it easy to suffer fools gladly. He left his circuits stronger than he found them, and by his preaching and influence won many for the kingdom.