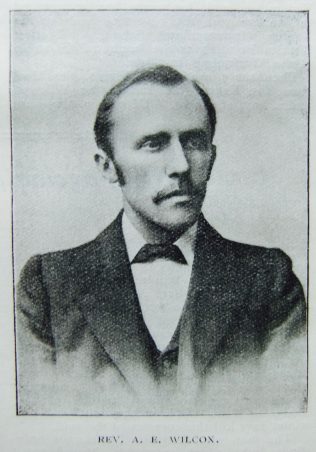 ARTHUR E. WILCOX: was amongst those who exercised a quiet but zealous and effective ministry in the Methodist Church. Entering the Primitive Methodist Ministry in 1896, he served in widely separated areas and everywhere won the esteem and love of the people. Most conscientious in the discharge of his duties, he spent himself freely in service for others. With no ambition save to serve the Lord he loved, he was gentle in spirit, considerate and tactful by nature, and sought always to be a living example of the truths he taught. A most diligent and faithful pastor, he was always welcome in the home, and in times of trouble brought comfort to many souls. Always confident of the saving and healing blessings of the gospel, his pulpit messages were persuasive and inspiring. On retiring in 1931, through the long years of suffering he manifested a wonderful spirit of patience. He was a good man, full of the Holy Ghost and of faith, and passed away on March 19, 1938.

Arthur was baptised at Leamington Spa, Warwickshire, on 2 October 1870. His parents were John, a draper’s porter, and Rebecca.

The 1891 census return identifies that Arthur worked as a clerk before entering the ministry.