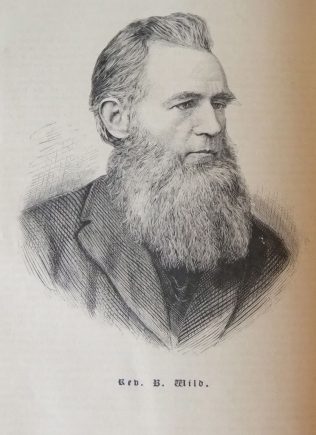 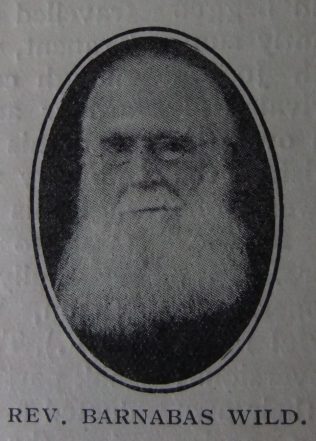 Barnabas was born on 18 June 1831 at Rochdale, Lancashire to parents Joseph and Rachel. Joseph was a cotton weaver. When Barnabas was an infant the family moved to Summit, nr Todmorden. His father was a Wesleyan local preacher of good standing.

Barnabas started work at the age of nine. His obituary records that he grew up ‘wild’, although this was mainly boyish mischief. He yielded himself to Christ one evening at Knowlwood and went on the plan in 1849. On his first Sunday, he preached twice, led two classes, got drenched, and skinned his heel with an 18 mile walk.

The 1851 census describes Barnabas as a hand-loom cotton weaver. He could not succeed in any employment he undertook until he opened a day school and had more pupils than he could manage. One Sunday evening, Rev George Herod told him he was to go to Carlisle in a fortnight as second preacher. After much prayer he obeyed the call.

Kendall writes that Barnabas was long esteemed in the Sunderland District as a solid preacher and an up-builder of the churches.

Following the death of his wife and her sister within a few days of each other, Barnabas had a breakdown. It was only after his marriage to Hannah that he was able to resume his ministry.

The Tranent PM Chapel, built in 1870, contained a monument commemorating the ministry of Barnabas.

His obituary records that he was one of the best type of men who made our church in the latter half of the last century. He was a far abler man than he ever got credit for, but he never could put all his goods in the window. Then he was retiring and diffident. But how true and good he was! How devoted and chivalrous! His grand sermons were attended by extraordinary unction, and multitudes will be the crown of his rejoicing.

Barnabas married Elizabeth Whitfield (1832-1887) in the summer of 1859 at Haltwhistle, Northumberland.

Barnabas married Hannah Pearson (b abt 1862) in 1890 at Teesdale, Co Durham. Census returns identify one child.

H B Kendall, Origin and History of the PM Church, vol 2, p47