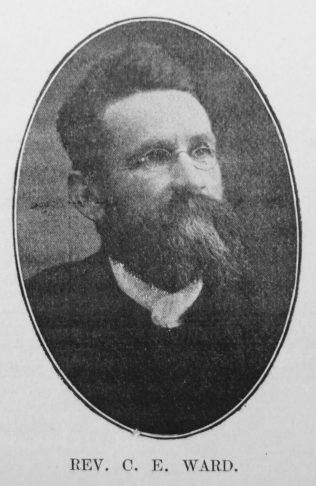 Charles was born on 24 January 1846 at New Plymouth, New Zealand, to parents Robert Ward, a PM Minister, and Emily Brundle.

Charles was educated at the Wesley College, Auckland. On the outbreak of the Maori war in the Taranaki district, he joined the Forest Rangers under the late Major Sir Harry Atkinson, and received the New Zealand war medal for his services.

Charles was President of the NZ Conference in 1884, 1894 and 1907. He also edited the New Zealand Primitive Methodist for five years.