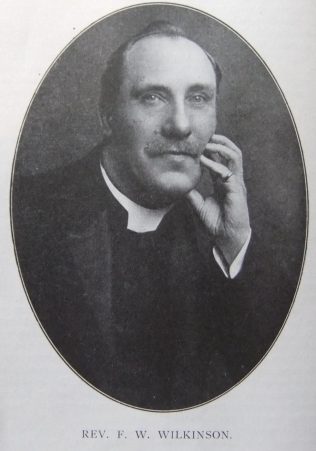 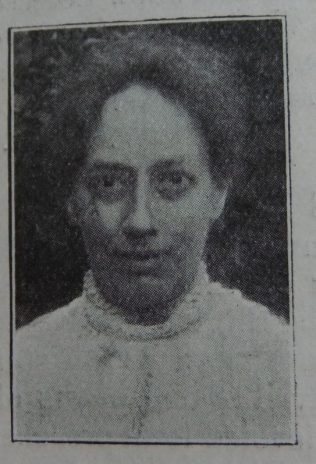 Frederic was born in 1858 at Sleaford, Lincolnshire to parents John Wilkinson and Ann Louisa Dudley. John was a PM Minister.

Frederic had the advantage of attending Hinckley Grammar School. So alert and proficient was he in learning, that at an unusually early age, he was deemed qualified to become an assistant teacher in the first board school at Hinckley.

At the age of sixteen, Frederic was a class leader and local preacher. In 1879 he was recommended as a candidate for the ministry and proceeded to Sunderland College

His obituary records that Frederic was an eager student, a fine preacher, and an expert administrator. He had a lawyer-like mind, and his general business aptitude and exact knowledge of Connexional usage, won the admiration of all who had contact with him in Church business matters.

As a pastor he excelled; his tenderness, his frankness, his skill where trouble was, his shrewd advice where such was needed, his transparent sincerity and his utter disregard of self-advantage, made him to be trusted and loved by his people.