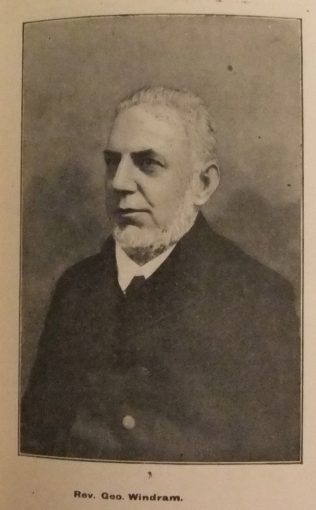 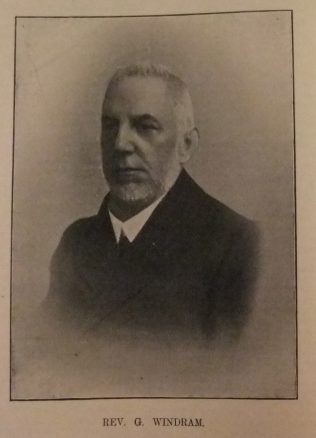 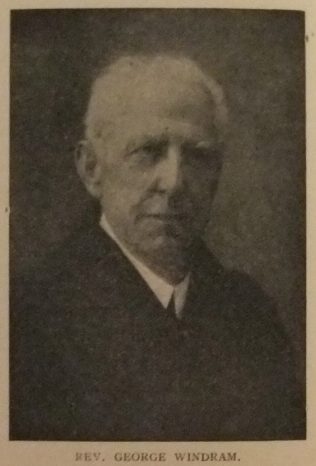 George was born in September 1845 at Leicester, Leicestershire to parents John and Eliza. John worked as a tailor. Both parents were connected with the George Street Church, Leicester.

George, as a young man, acted as guide and companion for Rev Charles Lace, the blind preacher, for a period of about three years.

George recalls that when he joined the George Street Society the membership was about 500 and the Sunday School at one time numbered over one thousand children with five superintendents and eighty-four teachers.

After completing his candidates’ examination, George was sent as a supply to the Leamington circuit before his appointment to Northampton in 1868. At Leamington, George walked a hundred miles a week, took eight to twelve services, indoors and out, and from the poor people received unfailing hospitality and kindness.

Whilst in London for nine years, George superintended the erection of five chapels as well as raising some £8,000 towards their cost. The article in the 1923 PM Magazine provides a good summary of George’s work in his first five circuits in his own words.

His obituary records that he was a great preacher and could move an audience in a way that was memorable. His lectures were very popular, and he amassed no less than seventy lectures during his ministry.

George attended the Ecumenical Conference in Washington. He well received in America and was invited to the White House and introduced to the President.