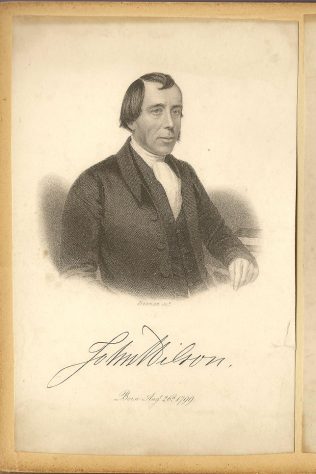 John was born on 26 August 1799 at Wrawby, Lincolnshire, to parents William and Magdalene. He was baptised on 1 September 1799. John’s father, a methodist, died whilst he was young and John went to live with his grandfather. He was converted in 1821 and soon became an exhorter on the plan. On moving in 1824, he joined the Primitive Methodists and received his first ticket in August 1824. He was soon called to itineracy in the Hull Circuit.

In meditating at times on his commencement of the ministerial work, he was painfully impressed with his lack of the requisite qualifications for the undertaking, and how imperfect his apprehensions were of the dignity and responsibility of that holy calling. He had no thoughts of what his salary might be, but full of zeal and love, he commenced his work, looking to God for the help he required.

Whilst at Glasgow, Colin Campbell McKechnie was converted to God.

John  married Elizabeth Graham (1800-1884) on 27 August at Nicol Forest, Cumberland. She was born at Kirkandrews upon Esk, Cumberland. Four children are identified on census returns.

John died on 23 December 1876 at Barrow upon Humber, Lincolnshire.