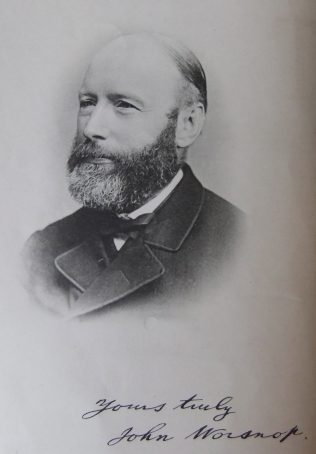 John was born on 16 December 1838 at Bradford, Yorkshire to parents Thomas and Ann. Thomas was a smith. John was baptised on 10 March 1839 at St Peter, Bradford (Bradford Cathedral).

John was a Sunday School teacher and class leader following his conversion. He was a preacher at the age of 18. John had to complete his apprenticeship before he could enter the itinerant ministry.

John’s obituary records that he was a man who lived and breathed the atmosphere of prayer.

John died on 27 December 1904 at Newcastle upon Tyne, Northumberland.