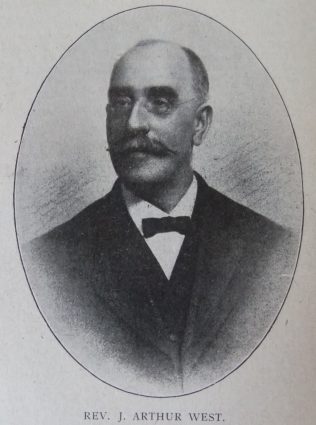 Arthur was born in 1863 at Todmorden, Yorkshire to parents John and Asenath. The 1871 census identifies John, senior, as a yarn agent.

Arthur was educated at Bourne College and entered the teaching profession before moving to Oldham in 1880. At the Oldham District meeting of 1882, he decided for God, and soon after began to preach.

His obituary records that his preaching was mainly doctrinal in character, deeply thoughtful and inspiring. He possessed a sympathetic nature and a strong will that impelled him to strive for the high calling his vocation required.

Arthur served as Orphanage Secretary for the Sunderland and Newcastle District.

Arthur died on 22 January 1943 at Bournemouth, Dorset. He remained a bachelor.