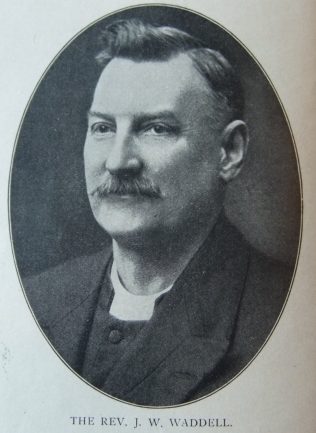 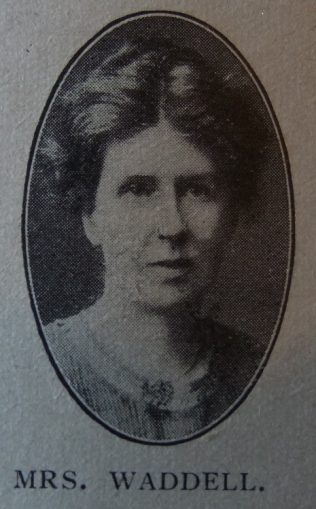 John was born in 1868 at Otterburn, Northumberland, to parents Peter Young Waddell and Jane. Peter was a wool dyer in 1871 but later became a grocer and draper (1891).

John’s boyhood days were divided between his birthplace and Choppington, another village in Northumberland. He received his early education at the public schools in the villages. His father was engaged in the work of the lay ministry, and was ‘great at Camp meetings.’

At the age of twelve, John made the ‘great decision’ and joined the men’s class. He was speedily engaged in sick visiting, tract distributing and in the secretarial department of the Sunday school. A place was also found for him in the Mission Band, which did great evangelistic work in the Blyth circuit.

Before entering the ministry, John worked as a grocer.

His obituary records that evangelical, direct, and fervent in preaching, he brought comfort and peace to many. Keenly interested in church extension, he raised considerable sums of money for building purposes. An innate kindliness greatly enhanced his visits to the sick, inform and aged; his radiant spirit made him a welcome visitor in the homes of his people.

John served his district as Temperance Secretary and Orphanage Secretary.

John died on 21 January 1951 at the General Hospital, Warrington, Lancashire.