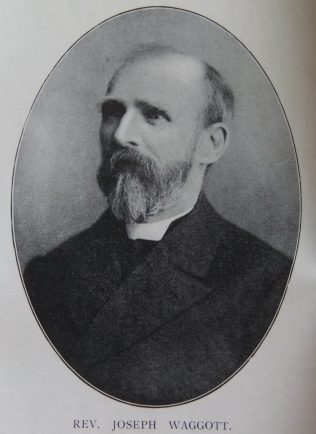 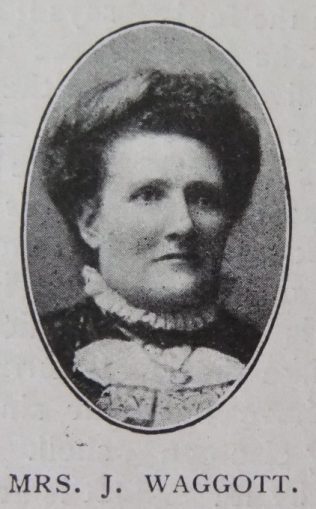 Joseph lived with his grandparents, who were adherents of the Wesleyan Church, during his early years. His grandfather, David Waggott, a tailor, was a book lover and interested himself in the education of his grandson.

The family moved to West Pelton, where Joseph came into contact with the Primitive Methodists. During one of the great revivals in the village, Joseph was converted and became a member of the Primitive Methodist Church. Shortly after his conversion, Joseph was called to the work of preaching, firstly accompanying Mr George Potts. As a local preacher, Joseph’s services were in great request, especially at anniversaries.

Joseph worked as a coalminer before entering the ministry.

His obituary records that as a preacher, he was vigorous and racy, but always keeping in view the responsibilities of his charge and the reasons for the advice given seemed to dominate his pulpit service. Joseph found pastoral visiting no cross but a delight, and always was at the service of his people. In administration, he was careful and considerate, but firm and reliable, and never allowed opportunities for development slip by unused.

In the middle of his active ministry, Joseph suffered with rheumatoid arthritis and had to temporarily give up the work. He recovered sufficiently to resume until 1912 when he had to seek somewhat premature superannuation. Joseph settled in Mansfield, where he was appointed Chaplain to the Guardians’ Institution, a position he held until his death.

Joseph was particularly interested in the literature of poets. His knowledge of Shakespeare, Burns and Scott was remarkable.