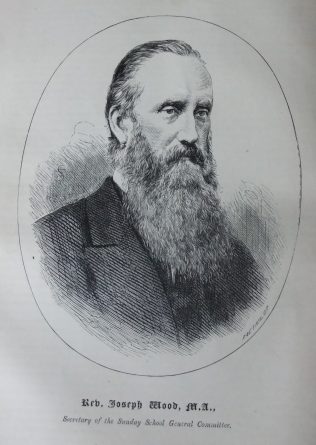 Joseph’s education commenced at Chedleton, where he displayed a passion for books and an uncommon aptitude for learning. When Joseph was about 12 years old, the family moved to Whim Farm, Moneyash, Derbyshire. Joseph continued in school until the age of 17. He was converted aged 16/17 and soon appeared on the plan as an exhorter.

Joseph was influenced in his decision to enter the ministry by Adolphus Beckerlegge. He started in ministry by supplying at Scarborough and Brigg.

Joseph was the first Secretary of the Sunday School General Committee in 1878.

Joseph was President of Conference in 1882.

He was the Principal of Manchester Theological College 1889-93. Ill health, both his own and his wife’s forced his resignation and superannuation.