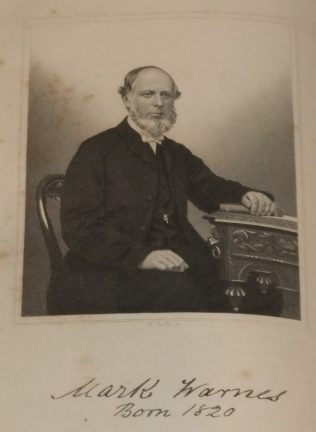 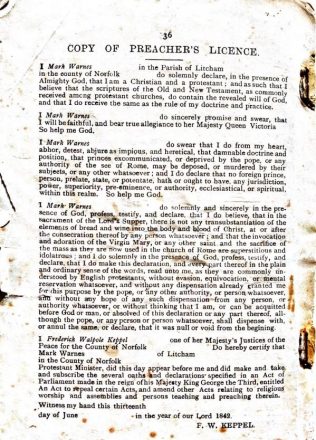 Mark was born in 1820 at Litcham, Norfolk, a younger brother of James, also a PM Minister. Mark became a member of the Primitive Methodist Church in 1834. He worked as an agricultural labourer before going into the ministry.

Mark’s obituary records that his ministry might not be called brilliant, but, what is far better,it was useful. While making no pretensions to be what is called a popular preacher, his sermons were drawn from the unfailing sources of Gospel truth and passed through the experience of his own life.