First PM Missionary to preach south of the equator. 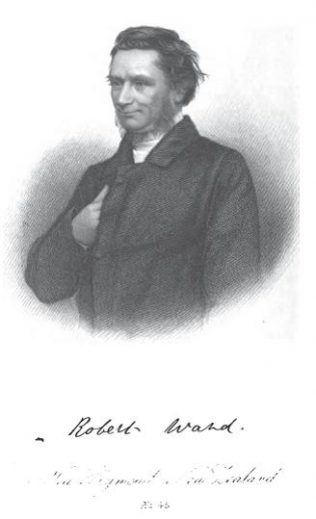 Robert was born on 14 January 1816 at Sporle, Norfolk, to parents John Ward and Ann Howes. He was baptised on 18 February 1816 at Norwich. Robert was a ‘poorly’ child; it was thought improbable he would survive the perils of infancy.

Robert was converted when PM missionaries visited Sporle in 1831. He joined a PM society and immediately started to educate himself. He was soon on the plan and became an itinerant preacher in 1835.

Robert was the first PM Missionary to Australasia, landing at New Plymouth, New Zealand on 29 August 1844, three years after the first batch of settlers had arrived. He has been described as a ‘prospector, a pioneer and as a planter of churches’ in relation to New Plymouth, Wellington, Auckland and Christchurch. He was the founding father of the PM Church in New Zealand.

Kendall writes; ‘ Robert Ward landed, a stranger amongst strangers. There was nothing to distinguish him from the immigrants he had voyaged with. He was unknown ; his coming unprepared for and unexpected. There was no nucleus of a church, however small, awaiting his fostering care, as was the case in the Australian Colonies. Single-handed he had to begin from the bottom, and he lost no time in beginning. On Sunday, September 1st, he opened his mission by preaching in the open-air, taking as his text, “This is a faithful saying,” etc. He toiled on amid manifold discouragements, rendered all the greater by the depression which rested on the infant settlement. Still he gathered a few into church membership, and in November his hands were strengthened by a small society of Bible Christians coming over to him. These good people had formed themselves into a society on landing, and had even built themselves a small chapel. They had no minister over them, nor any prospect of obtaining one. On the other hand, Mr. Ward had no chapel and was short of helpers. So it seemed to be for the interest of both societies so alike in doctrine and discipline to join their forces. The union thus effected worked well and was never regretted. The five local preachers gained by the union were a welcome reinforcement, and enabled Mr. Ward to extend the mission.’

His son Frederick writes in his obituary; ‘He was a good preacher. Having fairly drilled and cultured his mind, and being a lover of thoughtful books, his sermons were intellectually strong as well as spiritually rich.’

J Petty, The History of the Primitive Methodist Connexion, 1880, p480