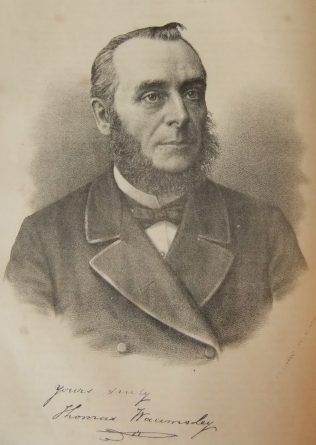 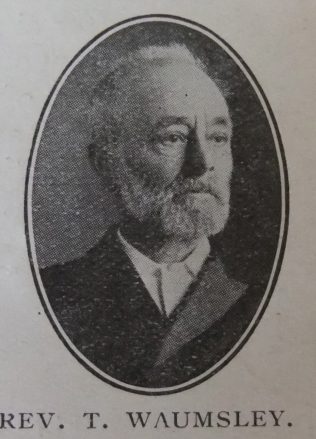 Thomas was born in 1836 at Louth, Lincolnshire to parents George Waumsley and Esther Harris.

Thomas was working as an errand boy for a grocer in 1851.

Thomas entered the ministry in 1857 when the minister was pre-eminently an evangelist. The proof of ministry was ‘souls won’. As an evangelist Thomas excelled. Open air preaching gave him fullest opportunity and was his joy and glory. Having a good voice, ready wit, bubbling humour, rare gifts of exposition and appeal, combined with splendid courage, he arrested the multitude, and drew hundreds to accept the life indeed through Jesus Christ.

As a circuit administrator, Thomas was capable and thorough.