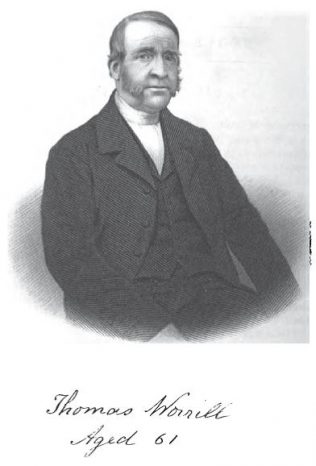 Thomas was born in Quebec, Canada, in 1798. His parents brought him to England as an infant. His father died when Thomas was two and he was brought up by his paternal grandparent near Doncaster. Thomas worked as a farm labourer.

Thomas attended a Camp Meeting at Mexborough, nr Doncaster on 3 June 1821. Reports suggest between ten and twenty thousand people attended. Thomas underwent his conversion experience at the meeting. He soon became a local preacher but continued to work as a farmer until 1834 when he became an itinerant minister.

Author’s Note: The surname is variously recorded as Worrill, Worrell, Worrall in the records. I have used the name as recorded in his obituary.