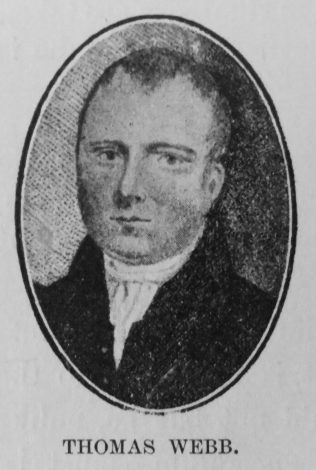 The Rev. THOMAS WEBB had been a Travelling Preacher about thirty-one years, having travelled in various parts of the Hull and Nottingham Districts. He was superannuated in 1849, while stationed in the Boston Circuit. Since the time of his superannuation he has resided at Bottesford, where he died, on February 1st, 1865, in the seventy-third year of his age.