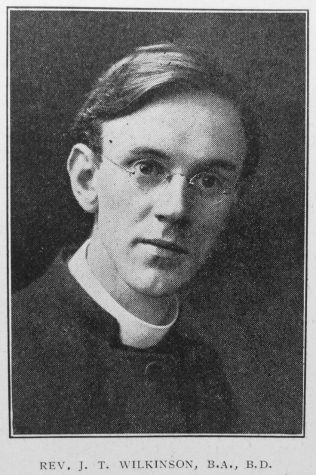 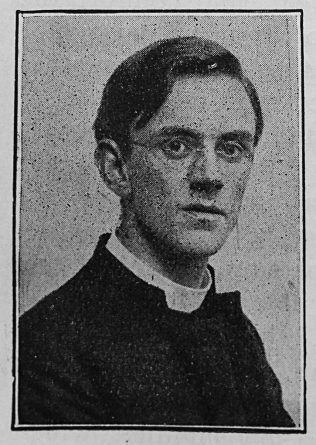 JOHN THOMAS WILKINSON, M.A., D.D.: Born in Hull on 10th December 1893, He was educated at the Boulevard School, Hull, and at Manchester University where he obtained the B.A, and B.D. degrees. He was trained for the Primitive Methodist Ministry at Hartley College, where A.S. Peake became one of his heroes, and he was ordained in 1917. He travelled in the following circuits: Horwich, Kidderminster, Cradley Heath, Liverpool (Prince’s Avenue and South), Knighton (Broad Street), Scarborough (Jubilee) and Kendal.

Whilst in the Cradley Heath Circuit he studied at Birmingham University and gained an M.A. degree. As a circuit minister he was faithful and loving and his popularity and influence still remain in the circuits. In 1946 he was appointed tutor in Church History and English Literature at Hartley Victoria College, as it had become, and in 1953 became Principal, a position which he held until his retirement in 1959 to Knighton, Mid-Wales. As college lecturer and Principal he was gracious and kind, yet strong and firm, and his former colleagues and students throughout the Church still regard him with respect and deep affection. John Wilkinson was a scholar whose special subject was Church History. The two fields which he made particularly his own were firstly, the 17th century Puritans and the Cambridge Platonists and secondly, the origins of the Primitive Methodist movement in the 19th century. In both these fields he made contributions of lasting value. In the former his editions of The Reformed Pastor and The Saints’ Everlasting Rest both by Richard Baxter, another of his heroes, fulfilled a long-standing need. In the latter he published standard biographies of Hugh Bourne and William Clowes, the founding fathers of Primitive Methodism.

He rejoiced in his non-conformist and Primitive Methodist heritage, but, like Richard Baxter and A.S. Peake, he was a man of truly catholic spirit and ecumenical vision, always eager to partake of the treasures of other Christian traditions, as well as to preserve and share with others the treasures of his own. He took equal pride in the distinguished careers of his elder son Leonard, a Methodist medical missionary, and his younger son Alan, a scholarly Anglican priest. He was the founder of the Peake Memorial Lecture in 1954, which has been delivered annually at the Methodist Conference and he was the only person invited to give this lecture twice. In 1965 the University of Manchester conferred upon him the very rare Doctorate of Divinity for his published works.

English literature was another absorbing interest of his. William Wordsworth and John Ruskin were his heroes in this field. His wife, Marion, whom he had loved from boyhood, shared her husband’s gentle, warmhearted and out-going personality and his utter devotion to the ministerial vocation. Their home was a joy to enter. It was fitting that he died only months after the death of his wife whom he had nursed with love and devotion in her closing years. It was fitting too that he spent his closing hours at work in his study, His daughter, Hettie, had taken him to his home from her home where she was caring for him and as he was checking references for a further publication, he quietly slipped away to join those whom he had ‘loved long since but lost awhile’.

John was born on 10 December 1893 at Hull, Yorkshire, to parents John Wilkinson, a bookmaker & dealer (1911), and Harriet Bassindale.

He married Marian Elliott (1892-1980) in the summer of 1920 at Hull, Yorkshire. Birth records identify three children.