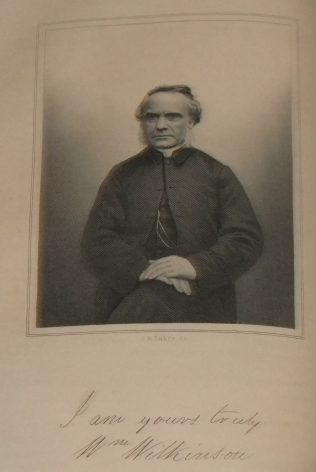 William was born in 1818 at Guide Bridge, nr Manchester, Lancashire to parents James and Mary. He was baptised on 22 April 1818 at Hooley Hill Wesleyan Chapel, Ashton under Lyme, Lancashire. When he was nine he started work in a Lancashire Cotton Mill and later worked for his father in hat making.

William spent all his active ministry in the Liverpool and Manchester Districts.

His obituary records that he excelled in the work of pastoral visiting. He was a total abstainer for about 80 years. As a ‘Passive Resister’ he was firm and true (i.e. he refused to pay the church rate).