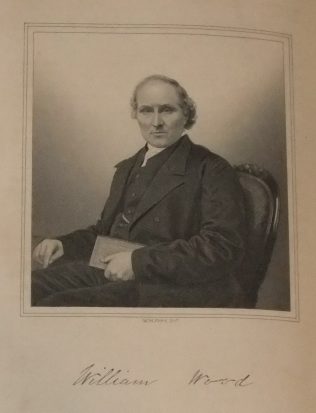 William was born on 2 March 1820 at French, nr Lilleshall, Shropshire.

He was converted at a band meeting held in a cottage near Wrockwardinewood in 1836 and became a local preacher in 1839.

William’s obituary records that he was of a very timid nature, but fired with divine love, and being impelled by a sense of duty he triumphed over his fear.

In summing up his time in the Oswestry circuit in the mid 1840’s, William recorded that his journeys extended into 5 counties. He walked 4650 miles, visited 4544 homes, preached 936 sermons and witnessed many conversions.

William died in November 1895 at Burton on Trent, Staffordshire.