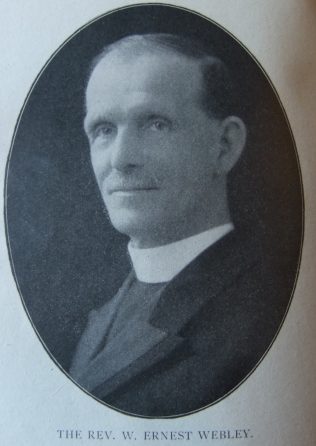 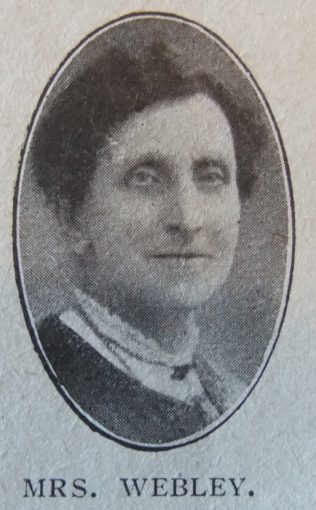 Ernest was born on 19 October 1871 at Feckenham, Worcestershire, to parents Frederick and Sarah. Frederick was a watchmaker and jeweller.

When the family moved to Bromsgrove, Ernest was sent to the PM Sunday school. During the ministry of Rev George Burbridge, Ernest was won for Christ. In the December of the same year, he received a call to preach and in 1890 Ernest’s name appeared on full plan.

In the autumn of 1890, Ernest entered the Evangelists’ Home and was soon sent out to conduct missions. He became a hired local preacher in the Shrewsbury circuit in 1893.

Ernest was a man with versatile gifts, who sought with great care to fulfil all the varied demands of the Methodist Ministry, a careful administrator of Church affairs, and having a bright cheerful disposition, he drew young people into Church life. His preaching bore marks of careful preparation, having a thoughtful style. While he found a great joy in the study of Philosophy and Psychology, Ernest’s chief delight was in the Evangelical presentation of the Gospel. As a pastor he was diligent, methodical, and sympathetic, highly esteemed and beloved amongst his people, being a true friend and faithful comrade.

Ernest served as a Member of the Board of Guardians and on a Borough Distress Committee.