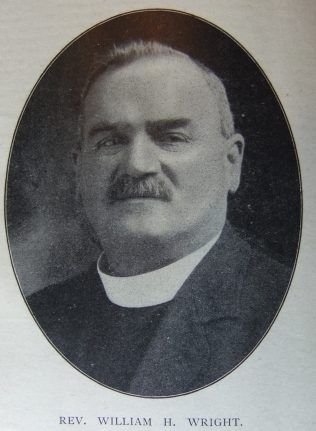 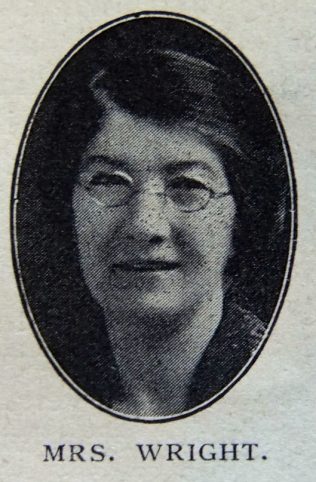 William was born at Intake, nr Sheffield, Yorkshire, to parents William and Theresa. William, senior, was a steelworks labourer.

William commenced his education at Dronfield Grammar School, Derbyshire; it was continued at Workington. Before entering the ministry, William also worked in a steelworks.

William was recommended for the ministry by the Workington circuit.

After one year at Bradford, Conference sent William to Biggleswade as a probationer-superintendent. There a schoolroom was built, a new site purchased, and a chapel debt halved.

In his obituary, a circuit official from North London is quoted as follows: “The twenty-one years ministry of the Rev. W.H. Wright in North London will never be forgotten by those who knew him best. He was a brotherly man, a choice and east speaker, simple in the sense that one could follow his teaching with interest. First and foremost an evangelical preacher, there was no sameness or repetition in his sermons, which were always fresh, inspiring, uplifting. His last sermons were the best, by common consent, of those who heard him.”

William died on 12 March 1928 at Maidenhead, Berkshire. He collapsed and died suddenly whilst waiting to purchase a railway ticket.