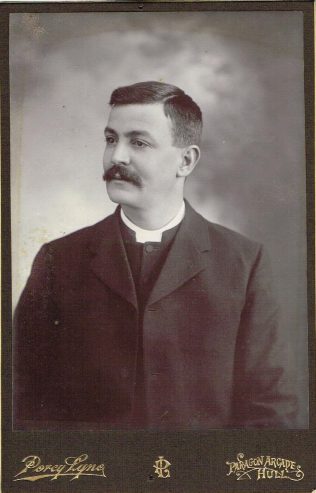 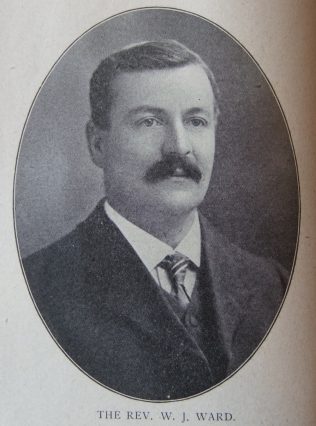 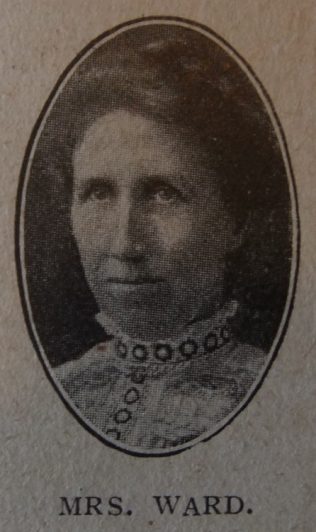 William was born in 1872 at Guisborough, Yorkshire, to parents William and Mary Ann. William, senior, was an iron miner (1881). His paternal grandfather was one of the early local preachers in the PM denomination.

At the age of eleven, William won a scholarship to Middlesbrough High School. He entered the teaching profession and soon became second assistant-master of the school. Then came the call to ministry. He secured a place on the Reserve List and was sent straight to Tipton in the year 1892.

William spent three strenuous terms in West Africa, and would have returned for a fourth had not the doctor refused his sanction. William was the first European missionary at Jamestown, and founded the Institute at Oron.

Post Methodist Union, William became Chairman of the Wolverhampton and Shrewsbury District. In 1938, William went as Superintendent to Grove Place circuit, Jersey. During the difficult and dangerous years of German occupation, his strong sympathetic personality, and his wide experience, stood his people in good stead. He was a man of strong convictions, a loyal friend, a wise counsellor, and above all a man of faith.

God’s black diamonds: chats with boys and girls about their dusky kinsfolk in Africa

In and around the Oron country; or, the story of Primitive Methodism in Southern Nigeria