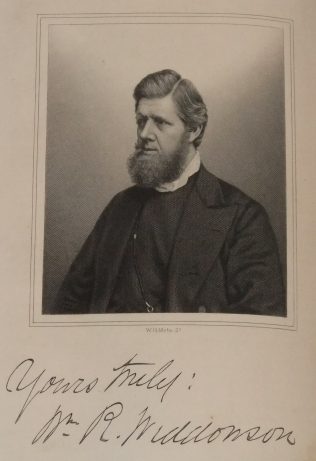 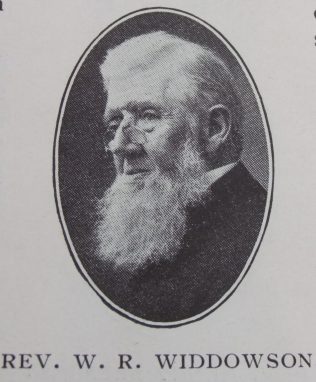 William was born in 1826 at Hardstoft, Derbyshire to parents William Widdowson and Margaret Haslam. He was baptised on 28 August 1826 at Ault Hucknall, Derbyshire. His father was identified as a whitesmith on the baptismal record. Later the family moved to Kimberley where William’s father established a windmill.

He joined the Wesleyans in his 13th year and the Primitive Methodists during the ministry of William Carthy and John Eckersley in that district (circa 1847/8).

William was a member of the General Committee from 1870. In 1908 he was elected a permanent member of conference.

His obituary records that his love for Primitive Methodism became a ruling passion and his highest delight was found in its manifold forms of service.

William undertook a collection of photographs of all the Presidents of Conference from the earliest available date. At the time of his death about 70 pictures had been gathered.

Politically, William was a keen and enthusiastic Radical.