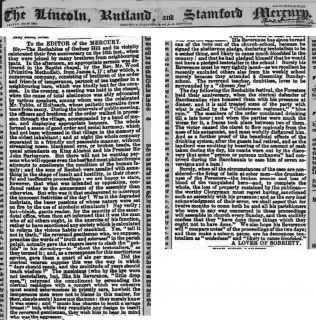 ‘George son of George Wood, a Steward & Carpenter aboard the Ann, Government Transport, & Agnes his wife. Born in Berwick 5th April & baptised the 9th, the Mother being the Sponsor.’

On 12 May 1841 at the Primitive Methodist Chapel at Spalding Lincolnshire, George Wood married Charlotte Draper, the daughter of William Draper and Elizabeth, formerly Staves, of Gosberton. His residence at the time of the marriage was Donington, Lincolnshire. They had two children:

George Wood died 29th December 1843, at 16 Dean Street, Parish of St Paul’s, Shadwell, London. The informant of the death was James Rugless, Occupier, who was present at the death. George was described as 31 years old, a Primitive Methodist Minister. Cause of death ‘heart diseased’. The address was a boarding house and the cause of George being in London at that time is unknown.