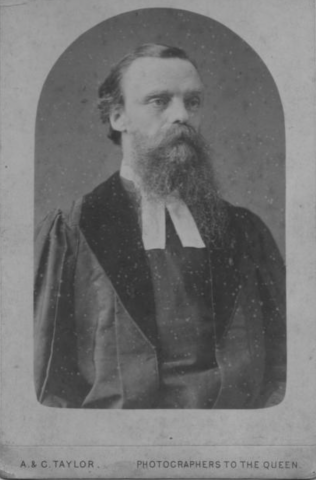 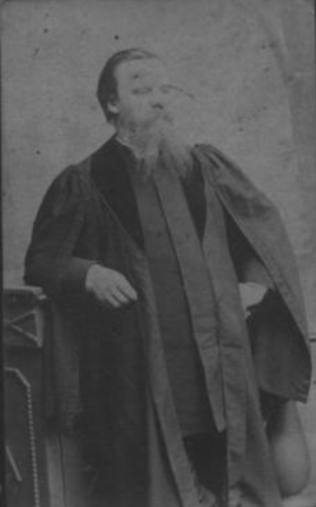 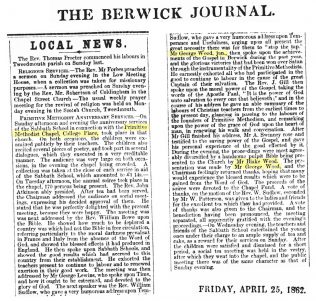 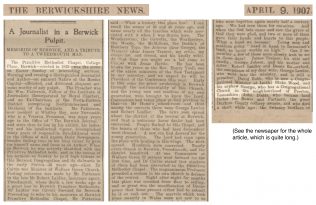 George was born on 23 February1842 at Mansfield, Nottinghamshire, to parents George Wood, a PM minister,  and Charlotte Draper. He was brought up at Gosberton, Lincolnshire.

There is a certificate of baptism, completed and signed by Minister John Thomas Neale on 21 Jan 1849. It states that George Wood son of George and Charlotte Wood of Mansfield was born Feb 23 1842 and baptised March 26 1842 by George Wood [his father].

1851 Census has George living at Caythorpe Road, Donington, Lincolnshire, with his widowed mother, and younger brother.

1861 Census. Church Street, Duncan’s Yard, Berwick upon Tweed, Northumberland. George Wood had moved from Lincolnshire to Berwick upon Tweed to live with his 75 year old Grandfather (also named George Wood), his Aunt Rebecca Wood and Uncle Blake Wood. He was aged 19, and a shipwright.

He married Annie Mason (b abt1847) on 17 June 1868 at Leith, Edinburgh. Census returns identify three of four children.