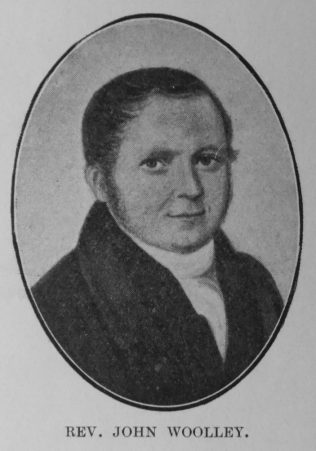 A transcription of the obituary published in the Primitive Methodist Magazine by J Thompson & J. Brownson is attached. Also included in the document is an extract from the Magazine reproducing the record in the Conference of 1834. The latter concludes as follows.

“Brother Woolley possessed good talents, was of a kind and affable disposition, his piety was of a high order, and his conduct remarkably correct. He was well acquainted with the mystery of faith and a present salvation; and was a good labourer with souls when in distress; and he was a good family visitor. The loss of such a man is felt in our connexion. But the residue of the Spirit is with the Lord.”

Before entering the ministry John was a farm worker.

He was married without children in 1833. I have not been able to identify his wife in online records.