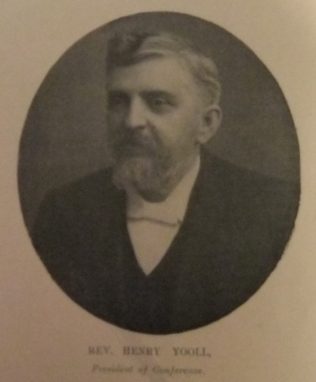 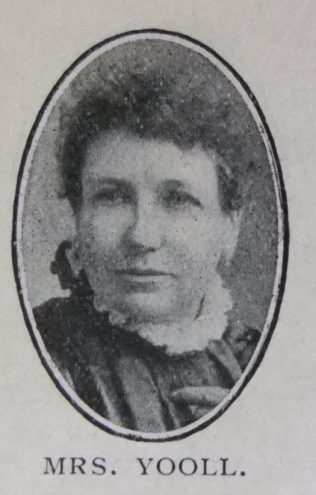 Henry was born on 3 December 1846 at Newcastle upon Tyne to parents Henry Yooll and Sarah Wrightman. Henry, senior, was a PM Minister.

Whilst stationed at Glasgow, Henry took the opportunity to develop his education by attending classes at the University.

In 1901, Henry became Connexional Editor. He delivered the 1906 Hartley Lecture, entitled ‘The Ethics of Evangelism’.

Henry was President of Conference in 1907.

His obituary records that he was a devoted Methodist preacher, attentive to administration, to his week-night appointments and visiting the homes of his people.

He was a deeply religious man. Like John Wesley, he was ‘a practical mystic’; like George Fox, he had ‘direct and immediate correspondence with God.’ He knew God experimentally. There was nothing weakly or sickly in his piety. It was intelligent, stalwart, healthy and attractive. He carried this air with him into business assemblies as well as into the pulpit. He was given to meditation and prayer.

As well as being a great preacher himself, Henry was one of the founders of the movement for training and equipment of local preachers. He became the secretary of this and did endless unseen work in correspondence with the diffident and ill-prepared.