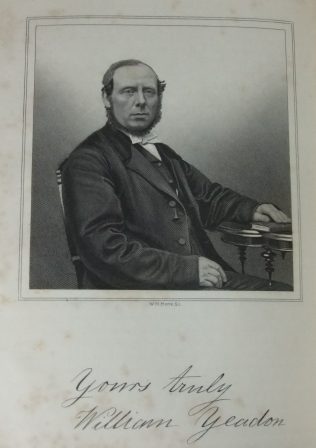 William was born in 1817 at Yeadon, Yorkshire. When 14, William moved to Rawdon and there attended the Primitive Methodist chapel. He was converted during a great revival in 1832. At the age of 16 he went on the plan. Under his first sermon, William’s mother was converted. He was pressed into the ministry in 1841.

William’s obituary reveals that his journal recorded the remarkable conversions of drunkards, pugilists and others of a depraved character and life. He saw an increase of 1,100 over the 45 years of his ministry.

William was introduced early to the anxieties and responsibilities of superintendency, for on his first two circuits, both of his superintendents resigned, and he was thrust forward to take the reins; and in one of the instances the difficulties of the situation were increased by the fact that the superintendent became a Baptist minister in the same town.

During his ministry, William supervised the erection of 27 chapels, for the most of which he acted as architect. For those chapels he raised between three and four thousand pounds.

Following his superannuation, William moved to Leicester and carried out a primarily pastoral ministry with his wife.