You are here: HomenextPlacesnextBedfordshirenextBedford First Circuit 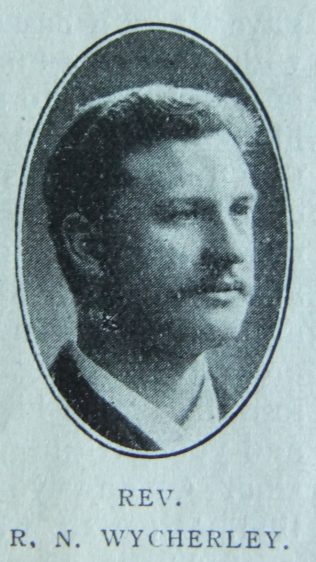 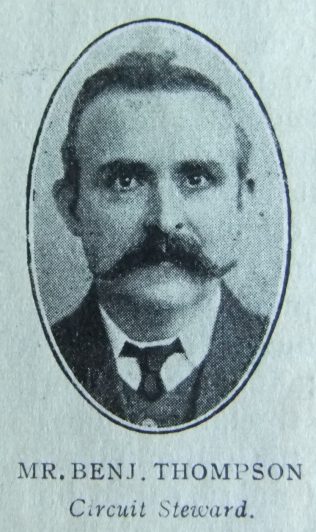 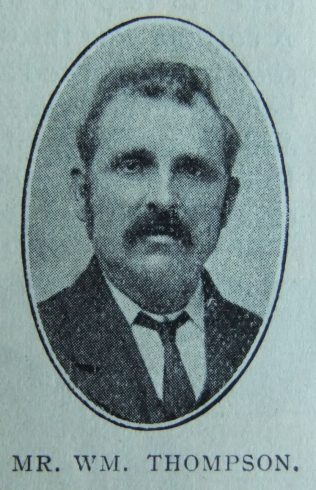 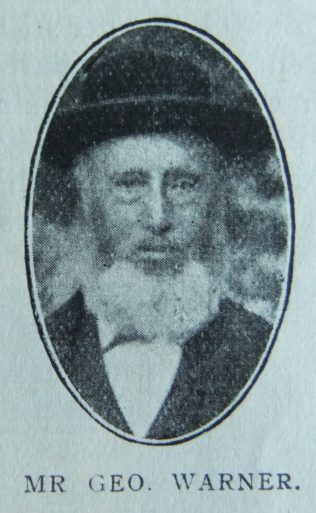 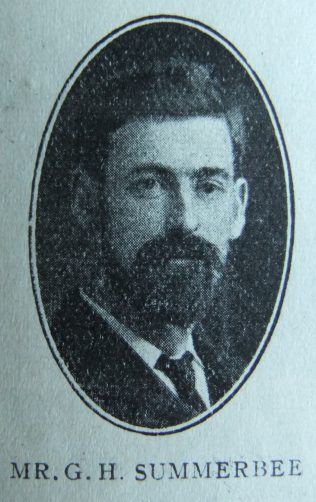 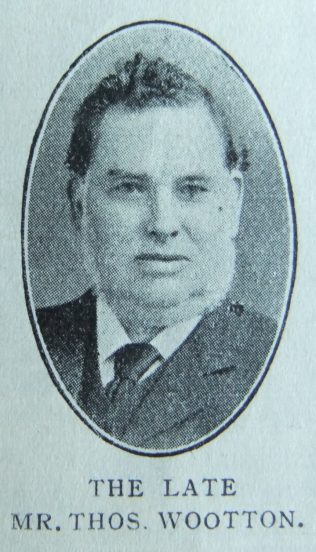 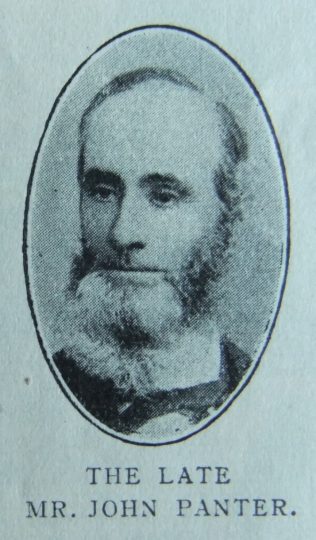 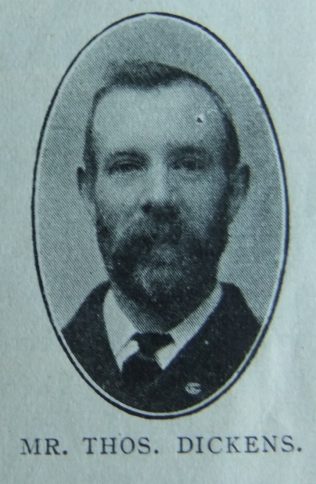 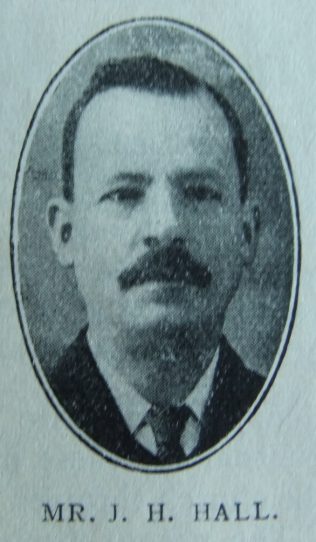 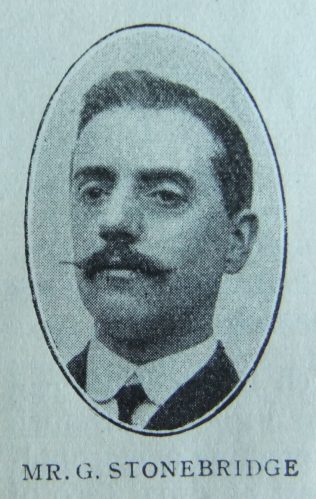 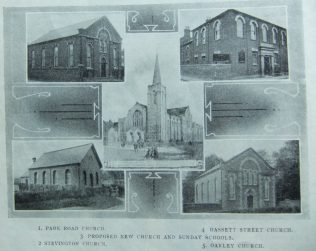 Transcription of Article in the Christian Messenger by R.N. Wycherley

THE first Primitive Methodist missionary came to Bedford in the year 1834. He was sent by the Nottingham Circuit, who desired, if possible, to establish a cause in this important and far famed town. The experiment, however, turned out to be a dismal failure, for the agent himself proved quite unworthy of the confidence which had been reposed in him. Not content with having blighted the prospects of the mission almost at its inception, he returned to the town some years later, and did his utmost to create strife in the church which had been gathered.

To Jeremiah Dodsworth  belongs the credit, under God, of placing Primitive Methodism on a sound basis in Bedford. As the missionary of the Hull Circuit, he took the place of the discredited Clements in 1841, and at once applied himself to the work with characteristic self-abandonment. He soon gathered the scattered members together again and enthused them with new, energy and hope. Hassett Street Chapel, which had been built in the year 1838, was renovated and made more attractive, while both congregations and membership grew in a gratifying way. One report of these years says: “Bedford mission continues its onward, its upward course – a subject this that demands our most sincere and fervent thanks to God. In this mission a base and strenuous effort has been made to malign the Connexion and to ruin the interests of Zion; but God, even our God, has been at the right hand of our esteemed friends, and hence they have not been greatly moved.”

From Bedford itself Dodsworth extended his labours to nearly all the villages that lay within reach of the town. Stevington, Colmworth, Elstow, Oakley, Pavenham and other places were successfully missioned and promising causes established. As the years went by, Millbrook, Clophill, Kempston, Houghton Conquest, Maulden, Marston, Bletsoe, Wootton, Clapham and other rural centres were added to the list, until Bedford Circuit covered an area of forty miles and boasted of twenty preaching stations. It was in the year 1857 that the mission received its franchise and took its place in the list of independent Circuits.

Since those early days Bedford Primitive Methodism has continued to witness a good confession for the evangelical faith. It has been blessed with a race of sturdy men, who counted no sacrifice too great in the cause of Christ, who travelled miles in the prosecution of the ministry of the Word, and who, for spiritual fervour and self-culture and glowing eloquence, compared favourably with the best servants of the Connexion in those strenuous and halcyon days. J. Valentine, T. Wootton, S. Salisbury, J. Panter, W. Prentice, G. Beard, G. Warner, J. Cockings, J. Cowley, H. Sear, made up a great band, of which any Circuit might justly be proud, and the present owes an immense debt to their marvellous devotion.

The First Circuit, at the time, comprised six churches, two of which, however, have since been sold.  At the present time, In addition to the parent society at Hassett Street there are flourishing causes at Park Road, Oakley, and Stevington Park Road Society came into existence about the year 1887, when the then superintendent, Jacob Pilling, bought the site and erected the chapel. For years, however, the few members which made up the band of pioneers were heavily burdened with the debt which remained on the property. Indeed, a fear was entertained lest these members might find the debt more than they could carry, and consequently decide to withdraw. But, happily, the fear has vanished and the debt with it. Some years ago the younger men of the society determined to face the debt and, if possible, to remove it. Their devotion has been crowned with success. Today the property is debtless, and the church is engaged in raising money for the erection of much-needed school accommodation. The most gratifying feature of these years of strenuous labours, however, was the re-awakened interest in the spiritual life of the society. Many young people joined in fellowship, a Y.P.S.C.E. came into existence, and immediately proved an immense acquisition. And the church has never looked back. To-day it enjoys good congregations, a robust membership, and sustains with praiseworthy zeal many useful organizations. Certainly, the prospects of Park Road are exceedingly bright.

Oakley is a small village some three miles from the town. Here Dodsworth came during the first year of his superintendency of the Bedford mission. So great was the success that immediately attended his labours that he took steps to secure a site for a chapel and to raise funds on behalf of the building. Unforeseen circumstances, however, prevented him completing the scheme at once, hence the society continued to worship in a cottage. Seven years later the chapel was erected, and Oakley Primitive Methodism started on that career of splendid service which has ever since been the admiration of all who have known it. “There were giants in those days”—men like B. Beard, W. Prentice, J. Beard, J. Hulatt, J. Panter, G. Beard, G. Warner, who went through Oakley and the neighbouring villages like flaming torches, arresting the heedless and calling sinners to repentance. G. Warner still survives, linking the present with the past, and reminding the children of to-day of their heroic sires who have fallen on sleep. Oakley remains a prosperous and energetic church. Indeed, it is probably one of the finest specimens of village Methodism which Bedfordshire can produce. The Society has a splendid chapel, and is now on the point of erecting new school-premises at a probable cost of £500, £300 of which is already in hand.

Stevington is one of Bedfordshire’s historic villages. It still retains much of its old-time appearance. The cross especially speaks of great happenings and valorous deeds between Roundheads and Cavaliers. Just beyond Stevington is one of the original conventicles, situated about five-and-a-half miles from Bedford. Here John Bunyan used to preach. Dodsworth, passing through Oakley, also reached Stevington and made his first pulpit on the renowned cross. He found a people eager to respond to his burning evangelism. A cottage was thrown open, in which a small society was formed and preaching services were held for several years. Then a chapel sprang up and a Sunday school established. In Stevington Primitive Methodism the names of Jesse Cowley, Thomas Bowyer, Alfred Hulatt, and Henry Harpin are deservedly held in high esteem, for these men have faithfully served the church through a long stretch of years.

The urgent problem of the Bedford First Circuit is the parent church at Hasset Street. For years this church has been the unhappy victim of unfortunate circumstances. Thirty years ago the leaders felt that the present chapel was no longer suitable for their work and that they must move to more convenient premises. They inaugurated a New Church Fund and raised a considerable sum of money. And yet the actual move has never taken place. A large part of these savings were loaned, and then given for the purchase of the Cauldwell St. property. Other heavy expenses continually arose, depleting the Building Fund and making impossible the realization of their long-cherished dreams, Naturally disappointment affected the enthusiasm of the workers. Many began to feel that the New Church scheme was only a chimera and that their efforts were of no avail. Family after family left the church and transferred their membership to other churches in the town, where their young people would find more congenial surroundings. Not so long ago, it verily seemed that nothing could arrest this fatal drift.

Happily a new spirit has come over the church. Of late, congregations and membership have greatly improved and there is a set purpose to restore the fortunes of the church and to rival the best days of the past. A splendid site has been secured in one of the main thoroughfares of the town and plans for new and more commodious premises accepted. The scheme involves an outlay of, at least, £5,000, but the leaders have wisely decided not to commence building operations until £4,000 have been raised in cash or promises. It is felt that the work of re-organizing the church must not be hampered with the oppressive claims of a heavy debt. If only this somewhat ambitious scheme can be accomplished, there is not the slightest doubt that Primitive Methodism will still become a power in Bedford and render a service in the spiritual and moral well-being of the people for which it is especially endowed.