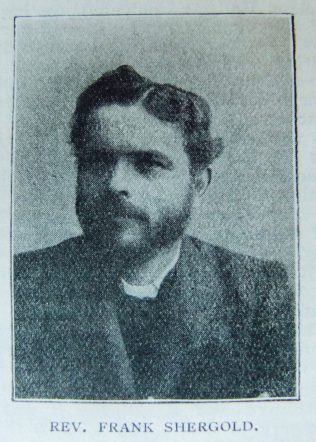 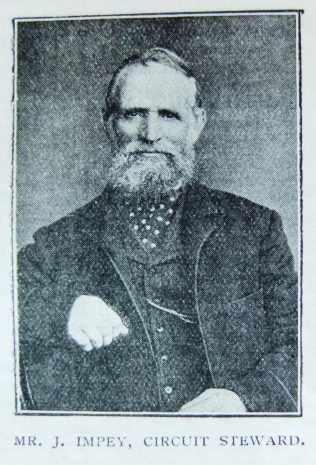 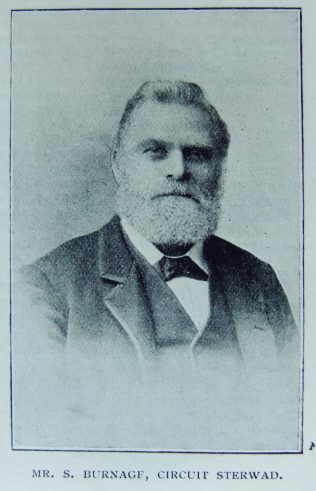 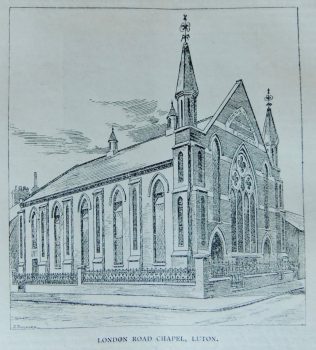 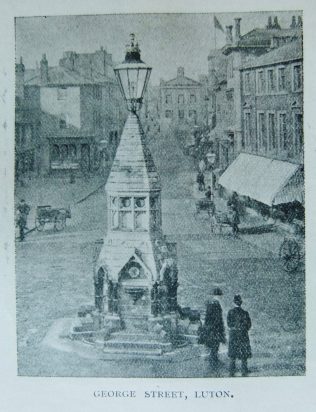 Transcription of an Article in the Christian Messenger by ‘Rex’

LUTON is the largest and most thriving town in Bedfordshire. Its population, which in 1841 was 7,740, now verges on 40,000. It is the centre of the English straw industry, which fact mainly accounts for its rapid growth during recent years. Though little plaiting is done now-a-days, the manufacture of straw goods (chiefly hats and bonnets) increases year by year, the annual turnover of the trade running into millions of pounds.

Luton was incorporated in 1876, and since that time it has enjoyed all the advantages of a progressive local administration. It ranks to-day as one of the best governed boroughs in England.

The religious atmosphere is essentially democratic; accordingly Nonconformity stands well in the town. It may, indeed, be regarded as  a Free Church ‘stronghold,’ the Baptists, Congregationalists, Wesleyans, and our own denomination having a large and influential following both among the older and younger sections of the people.

It was in April 1839, when the town was less than a fourth of its present size, that Luton was missioned by Primitive Methodists, the missioners being the Revs. Henry Higginson and Samuel Turner, these pioneer evangelists opened their campaign on the Market Hill, their preaching being ‘in demonstration of the Spirit and of power.’ They were men of fine character and fervent zeal, and so successful was the mission inaugurated by them, that within seven months from its commencement a chapel was erected (on the site now occupied by the station of the Midland Railway Company, costing £330, and affording accommodation for 250 persons. In four years the Luton and neighbouring societies, which had been formed into a Branch of the Aylesbury Station, became a separate Circuit with two travelling preachers.

A new stage of Connexional development was now reached, and under the ministry of a succession of able and godly men the cause continued to progress, until in 1852 the original chapel was superseded by a much larger and more commodious one in High Town Road. With the growth of the town the work was extended, additional Societies being formed in the Park Town and Hitchin Road districts.

Thus has Primitive Methodism gradually acquired its present-day position, which is one of commanding usefulness and power.

During the ministry of the Revs. E.C. Pritchard and R. Ducker  it was found necessary to divide the Circuit, the Park Town Society becoming the head of a new Station, which embraced Hitchin Road (now Church Street) and the village societies lying on the east and south-east side of the town, viz.:— Trowley Bottom, Bendish, Harpenden, and Slip End, the Markyate and Redbourne Societies being subsequently added, the former from the Dunstable Circuit and the latter from the St. Alban‘s Mission. This division took place in 1879, so that Luton Second has barely attained its majority. During the twenty years of its separate existence as a Circuit it has necessarily had its seasons of trials and difficulty; but steady, if not rapid, progress has been made, its members having increased from 211 to over 400, and its quarterly revenue from £29 10s. 8d. to £77 10s.

Park Town, the parent society of the Circuit, has not materially advanced, but to its fostering care and influence is largely due the comparatively rapid growth of its children.

Since the formation of the Circuit the Church Street society has doubled its membership and considerably more than doubled its income. The friends here have at present in contemplation a large scheme for improving both the chapel and the school premises. The position occupied is a prominent one, and with improved accommodation, a future of enlarged usefulness and blessing is assured.

What applies to the Church Street cause, applies with equal truth to the society at Harpenden, both as to members and finances. Harpenden, from its close proximity to London, and its fine bracing air, is fast becoming a residential neighbourhood, and it is to be hoped that at no distant date it will form a new centre of Connexional operations, if not become the head of a new circuit. A large schoolroom has recently been erected and the chapel substantially improved at a cost of nearly £800 in order to more effectually meet the claims of the growing population. If only a minister could be located here to take charge of the church a fine aggressive work could be carried on.

The most striking instance of the Circuit’s success is furnished by the London Road society. This is the youngest of our five Luton churches, and in many respects the most promising. Its history is a comparatively short one. It dates back only some fourteen years. It was during the superintendency of the Rev. Charles Jupe that the authorities resolved to extend their borders by establishing a mission on the south-west side of the town, a part which was at that time being considerably developed. The site secured for this purpose was at the corner of Hibbert Street, fronting London Road.

Naturally the beginnings were small, the society commencing with five members, and the school with seven or eight scholars. Gradually, however, both society and school increased in numbers as helpers came forward to aid in the work. Through the devoted and sacrificing labours of its promoters, assisted by the successive ministers who came to the Circuit, it continued to prosper until recently it became necessary to supersede the iron chapel with the present large brick and stone structure. The new edifice is a decided acquisition to the neighbourhood architecturally. It is a bright, handsome, commodious structure, well designed and equally well finished. It provides sittings for 650 and cost in the aggregate £2,400. With a view to the erection of new schools at some future time (the need of which is already being sorely felt through the constant increase of scholars), the trustees secured the land and cottages adjoining; and on this the iron building now stands as a temporary schoolroom.

The local press, recently commenting on the building, says, ‘After the assumption of such responsibilities and the achievement of such results, the London Road church can be no longer regarded as a ‘mission.‘ Henceforth it takes rank with the most aggressive of the local Free Churches, and there are few that have a better position, or finer possibilities and prospects.’

Of the principal workers in the circuit’s upbuilding and support, Messrs. J. Impey and S. Burnage (the present stewards) take front rank. Mr. lmpey’s connection with Luton Primitive Methodism extends back to the early days of its history, and he has done not a little to aid its varied agencies. To him belongs the honour of initiating the work at Park Town, and most devotedly has he sought to maintain it.

What was done by Mr. Impey as pioneer at Park Town, was done by his co-steward, Mr. Burnage, at London Road, both society and Sunday school being formed under his leadership. After seeing the London Road cause fairly launched, he has eventually rejoined the Park Town society, from which he was drafted to initiate it.

As circuit stewards they enjoy the complete confidence of their brethren, and as local preachers and class leaders their services are most highly appreciated.

The Rev. F. Shergold came to the circuit in July last, he having previously laboured on the Stroud, St. Day, St. Ives, Penzance, Dunstable, Leeds Third (which circuit was divided during his term into Leeds Seventh and Eighth), and Berkhampstead stations. Of an exceeding kindly and genial disposition, it is indeed a pleasure to work with him. He is a capital organiser, a skilful administrator, and a powerful preacher. Temperance reform finds in Mr. Shergold an ardent advocate, as do the causes of popular education and of civil and religious liberty.

Mr. Shergold came to take charge of the station under special pressure from the officials, and the circuit’s anticipation that the highest results would be achieved from his ministry have already been more than justified. The ‘Luton Reporter ’ recently said: ‘Since the Rev. F. Shergold took up the work in the circuit, there has been a general progressive movement, and the Primitive Methodists of the East Ward have determined to be the second circuit only in name.’

Messrs. J.H. Roberts, and M.R. Barker, have been engaged as lay-helpers, and there is a general desire and determination to develop and extend the spiritual and aggressive work. A hopeful spirit prevails, and the future is bright and promising.