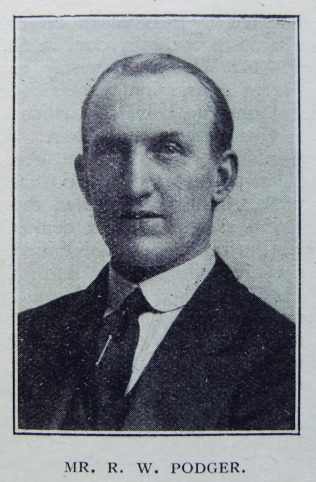 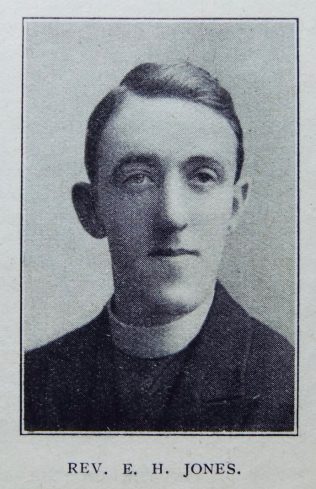 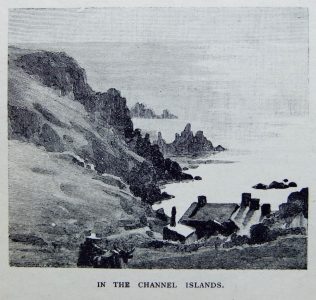 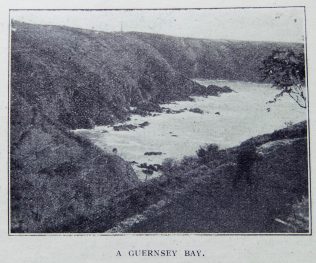 Transcription of Article in the Christian Messenger by Rev. E.H. Jones

The hum and throb of the seaplane is heard and we realise that Guernsey, the second in size of the Channel Islands, is less than two hours journey by air, from Southampton, and that with the constantly improving means of transport we are becoming more closely linked with the mainland. But even now the old traditionalism and conservatism is retained and there is still found a manner of life and expression which has always been peculiar to these Norman Isles – the oldest possession of the Crown.

Of the charm of these islands much has been written. Guernsey is rich in beauteous scenery, abounding in rare cliff views and flowers of every hue. Perhaps nowhere else is the sea so blue. To look across the gleaming waters to Herm and Sark presents a vision of beauty that is never forgotten.

The growing of grapes and tomatoes forms the chief industry of the island, and it is said that there are glasshouses with sufficient glass to reach, if placed pane to pane, from Guernsey to Southampton and back twice – a distance of five hundred miles. The stone and quarry work provides employment for a large number of men in the north of the island.

In this fair island of the silver sea, almost every religious denomination is represented. One of the crying needs is a reorganisation of the Free Church witness. This is particularly true of the Methodist churches, and we look with confidence to the lead that will be given by a United Methodist Church.

The population of 40,000 is served by forty-five Free Churches. The town parish of  Peter Port, comprising a little less than half the total population, has no fewer than twenty-six places of worship.

The beginnings of Methodism here reveal a story of courage and heroism, followed by amazing prosperity. Robert Carr Brackenbury (1758-1818) was the pioneer Methodist missionary. Wesley seems to have had France in view when he sent Brackenbury and Adam Clarke to Jersey and Guernsey in 1783.

In 1787, Wesley accompanied by Dr. Coke, visited the Channel Isles, where he found three Societies, including the Society in Alderney, the most northerly island, containing three hundred members.

Wesley’s labours were blessed but his voyages were adventurous, and more than once extremely dangerous. They were also rich in religious incidents.

Renolds in Anecdotes of Wesley, tells of two sailors who were aloft and swearing most dreadfully. Wesley seemed not to notice them. At length, the sailors still swearing, Wesley looked upon them and said: “Swear, a little louder, and then perhaps God Almighty will hear you.” This ironical reproof stopped them.

Wesley was more than delighted with his visit and said: “Here is an open door, high and low, rich and poor receive the word gladly, so that I could not regret being detained by contrary winds several days longer than we intended.”

The Wesleyan Church has met the bilingual situation and has served the island with both a French and an English ministry in different circuits. It seems possible that now English is more and more becoming the common language that the two circuits will need to be united.

A word as to the United Methodist Church may prove of interest.

Having sown the seeds of the Gospel in the Scilly Isles, she became convinced that it was God’s will that she should preach the word in Guernsey also.

Her experience as she sought to carry out her project must have somewhat shaken her faith. The crossing was so stormy that little headway was made and even the sailors feared for the safety of the ship, and were not a little relieved when after beating about the Channel for a week they at length arrived in port. Good value was given in those days; Miss Werry’s passage costing eight shillings.

As a result of her preaching many were converted, and seven years after a chapel was built.

In 1836 a large and influential body of Methodists appealed to the Wesleyan Conference to support their claim to share in administering Church affairs, and finding no redress was forthcoming decided to separate from the Mother Church. These Methodist “Dissenters” immediately made application to be received by the Methodist New Connexion Conference. After due enquiry had been made into their state and prospects, and the visit of a deputation, the Church of sixty members was recognised as a circuit.

Our own beginnings were no less romantic, but unhappily there has not followed outstanding prosperity. At no time has the circuit been really robust, in spite of the fact that some of our best men have laboured with much devotion.

John Petty describes the early days. Some sailors from Guernsey had attended some meetings of extraordinary power in the Primitive Methodist Chapel at South Shields, where a revival of religion was in progress. They were much impressed and desired a missionary to sail to their native island.

Sunderland and South Shields Circuits agreed to send a missionary, and Mr. George Cosens, a native of the West Indies and a person of colour, was chosen for the purpose. He set sail from Sunderland on May 7th, 1832. A few friends went aboard to accompany him out of the harbour, and a large company followed along the quay. He was more favoured than Miss Werry, and arrived in Guernsey on May 11th, only four days after leaving Sunderland. On the Sunday morning he preached from on board the vessel upon which he had sailed to about four hundred persons. In the afternoon he preached again to more than a thousand people, who listened with marked interest to the fluent and animated preacher, and a deep religious impression was made on many minds.

Mr. Cosens visited Jersey, but Guernsey was deemed the more suitable island for the first station. In the following March, the mission numbered 110 members, in two Societies. But an unhappy circumstance occurred which brought the society into disrepute and spoiled the prospects of the mission. Some thoughtless young people had conducted themselves in an unseemly manner in the preaching room at St. Peter Port, and Mr. Cosens unwisely employed an imprudent expression respecting the behaviour of one of them, for which he was summoned before the Royal Court. A heavy fine was inflicted, and the case, greatly exaggerated, was reported in the Gazette, the most widely circulated paper in the island. This did the society a great deal of harm. However, the cause was maintained. The Quarterly Meeting account book of 1837 bears the heading, The Norman Isles Mission of the Scotter Circuit.

In 1840 a chapel was built in what was then the main thoroughfare of St. Peter Port, leading from the pier to the country parishes. Since that time a new road has been made, and our Church is in a hidden position. Only the most loyal visitors find us out and worship with us.

A minute of the Quarterly Meeting of 1840 runs thus, “That the Quarter Day be requested to send us as cheap and as suitable a deputation to the Missionary Meetings, and one who is a Teetotaler, if possible.”

This was evidently sent to the Scotter Circuit Quarterly Meeting, of which Guernsey formed a part.

John Petty was one of the early ministers, and he, with others, regarded the mission as a stepping-stone to France. “We intend as soon as circumstances will allow to extend our exertions to the wide Continent of France. , . . Our missionaries (Petty and Macpherson) have now learned the French language.” This dream was never realised.

It says much for the loyalty and devotion of the Primitive Methodists in Guernsey that the Cause has been maintained. Notwithstanding tremendous difficulties like loyalty is being shown to-day.

One of our ministers was imprisoned for a period of four months for performing an illegal marriage.

Much feeling was aroused and for the first and only time in the history of the island the people successfully petitioned the Home Secretary to overrule the findings of the court.

It was during the ministry of the Rev. Wilson Eccles, who laboured on the circuit for six years, that structural alterations were made and a school provided under the chapel. This was a great improvement, the benefit of which is appreciated to-day.

The second Society meets in a rented building in the north of the island and has been the scene of much good work, and at one period supported a lay agent.

Both causes have suffered heavily through emigration and all honour is due to those who to-day are maintaining the work.

The Revs. F. Jeffs, T. Maland and W.C.H. Fell have served the circuit well during recent years and have been ably supported by the officials.

Mr. R.W. Podger for many years has held the position of circuit steward and has filled the office worthily, besides which he has given unstinted devotion to his work as Sunday School superintendent at Truchot Street.

Mr. H.P. de la Mothe and Mr. Ching are most faithful and untiring in their duties as society stewards, while we are admirably served by our chapel steward, Mr. H. Brehaut.

The Delancey Society owes a great deal to the Marquand family, Mr. Walter Marquand acting with Mr. Maindonald as steward.

For over thirty years Mr. F. Matthews has rendered conscientious service as school superintendent, and in spite of increasing age continues his work with wonderful vigour.

The position of the circuit to-day compares favourably with the record of past years, and though there is much to be desired, there is much for which to thank God and take courage. But the fact has to be faced that our membership is little more than sixty, and such a membership hardly justifies the up-keep of two chapels and the large grant received from the Missionary Fund. It does seem that here is a practical case, where the uniting of our forces would mean not merely a saving of expenditure, but what is in?nitely more important, a more effective witness for the Kingdom of God.

A personal note will interest many of our readers. It was in Guernsey that our Editor met his wife (Miss Carey). Her brother and his family are amongst our most loyal supporters.

A word of invitation. Should any who read this article visit Guernsey, if they will communicate with the minister, he will gladly do all that is possible to make the visit happy, and will appreciate their presence at the services. A hearty welcome awaits any Primitive Methodist who visits Guernsey, the gem of the Channel Islands.