You are here: HomenextPlacesnextCheshirenextBradley Green Circuit 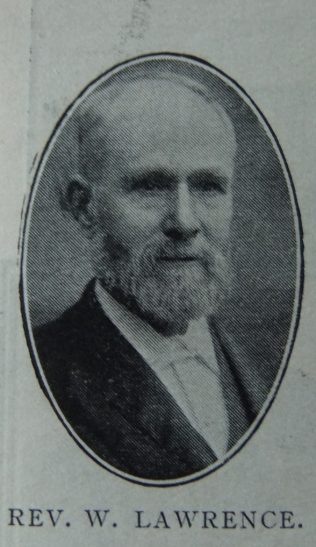 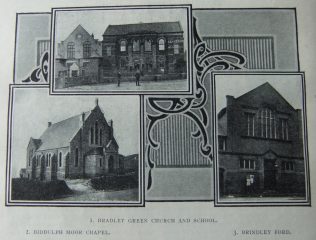 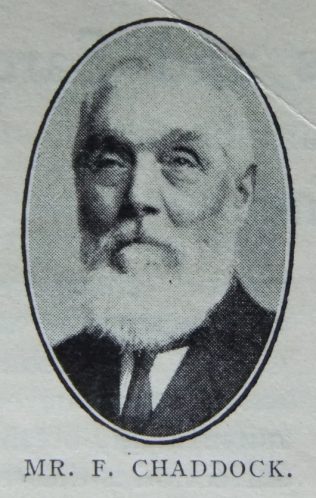 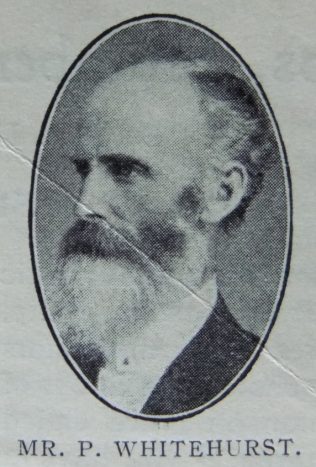 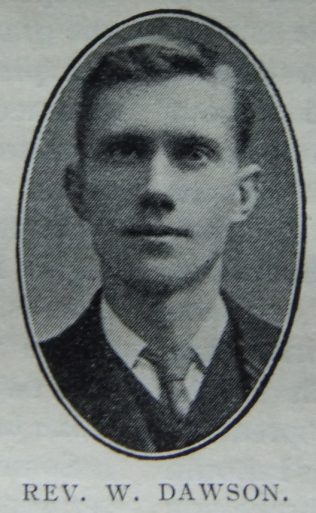 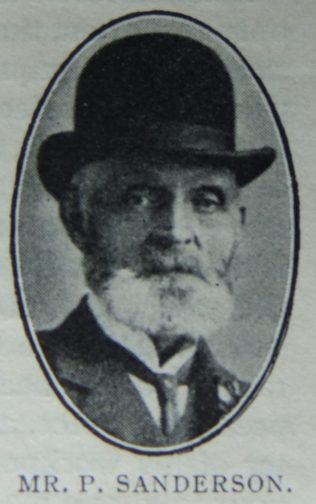 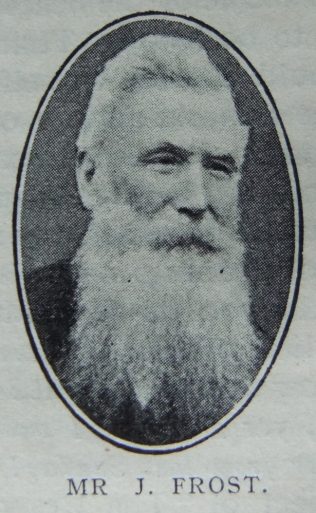 Transcription of article in the Christian Messenger by Rev. W. Lawrence

Bradley Green has not attained recognition as either town or city. It is, however, the seat of an important Urban District Council, and has a population of about 7,000. It is not mentioned in Bradshaw’s Railway Guide, but it has important historic associations, and is a place of considerable interest. It is situated in the beautiful Biddulph Valley, with its charming scenery, and its picturesque parish church. In this church Hugh Bourne and his mother occasionally worshipped before they identified themselves with the Methodist Church. It is about midway between Tunstall and Congleton. On the one hand is Biddulph Moor with its bold outline of projecting rocks, on the other hand is Mow Cop, with its hallowed associations and inspiring memories. Although Bradley Green is not mentioned in the New History of the Primitive Methodist Church, it is the scene of many exploits of the fathers, and produced some useful workers in the cause. The Circuit was separated from Tunstall by the Manchester Conference of 1878. It is composed of a group of villages and hamlets all within four miles of Bradley Green. The people of the district are mostly miners. ironworkers, farmers, and tradesmen who cater for the supply of their needs. At its formation, the Circuit had 10 preaching places, one minister, 23 local preachers, 22 class leaders, 310 members, 46 Sunday school teachers, and 1,001 scholars. The estimated value of church and school property was £5,610, and the remaining debt £2,594. Several of the chapels have been superseded by new and larger buildings, while others have been enlarged and improved. The estimated value of church and school property is now £11,630. The debt remaining is £3,109. The Circuit now reports 11 chapels, 445 members, 2 ministers, 30 local preachers, 24 class leaders, 188 Sunday-school teachers, and 2,163 scholars.

The first chapel was erected in Bradley Green in 1833, and subsequently enlarged, a second was erected in 1855, and the third, the building now in use, in 1864. It provides sitting accommodation for 650, and is often filled on Sunday evenings. There are 140 church members, and 550 scholars in the school. The Trust and school property have cost £4,550. The debt remaining is £960.

BIDDULPH MOOR was the abode of Thomas Bailey, the friend and occasional spiritual adviser of Hugh Bourne. This bleak and scattered district appears on the first printed plan in 1812. The first meeting place was known locally as the “mill hole,” an old disused silk mill. A chapel was erected at an early date, which soon became too small. A second chapel was erected in 1852 at a cost of £400. This was built around the old one so that it could be used by the congregation until the new one was nearly completed. A new and beautiful church was erected in a conspicuous position in 1904, at a cost of £1,521. Schools are still needed to afford this church full equipment for service. Grace has wrought a wonderful transformation in the character and habits of the people of this district. Many of the fathers have passed away, but their descendants are following in their footsteps and carrying on the work begun by them.

BROWN EDGE is about two miles from Stanly. The society dates back to the early days. It has a place on the written plan of 1811. The services were first held in cottages, but a small Chapel was built in 1832 at a cost of £70. In 1880 a second chapel was erected at a cost of £384. This is now inadequate to the requirements of the Church and Sunday-school. An additional site has recently been secured for future extension. This church and school have been wonderfully owned of God in the neighbourhood.

LASK EDGE lies about two miles from Biddulph  Moor and Brown Edge. It appears on the written plan of 1811. A chapel was erected at an early date, which is now used as a cottage. The present chapel was erected in 1879 at a cost of £454, and £I50 was last year expended for improvements. There is here an energetic band of young people who are rendering splendid service for “Christ and His Church.”

HARRlSEAHEAD is the place of beginnings. Here Daniel Shubotham was brought out of darkness into marvellous light by the effort of Hugh Bourne. Here those remarkable prayer meetings were held in which forces were generated, which produced a revival at Kidsgrove, Mow Cop and Norton Camp meetings, and ultimately the formation of the Primitive Methodist Church. Here in 1801, Hugh Bourne had his first experience in chapel building; the building is still in use as part of the Wesleyan Sunday-school. The Primitive Methodist chapel was erected in 1862 at a cost of £340. It is a barn-like structure, placed behind cottages, and within a few yards of a coal pit shaft. A most eligible corner site has now been secured on which to erect a Centenary Memorial Church and School. These buildings will be artistic in design and convenient in their internal arrangements. The Memorial Stones will be laid on June 14th, 1910, according to present arrangements.

PACK MOOR Society is hampered with an antiquated church and school. The church has decided to extinguish its debt and create a fund for the erection of a Jubilee memorial Church in 1912.

BRINDLEY FORD is contiguous to Bemersley, of Book Room fame. The first chapel erected in 1868 cost £434. The present buildings were erected in 1899. The cost of these, including two cottages since purchased, has been £2,150. The church is aggressive and enterprising.

RIDGEWAY is the place where Hugh Bourne and his mother became Methodists. Here there is an interesting church and Sunday school bearing witness to the truth with an appreciable degree of success.

BROWN LEES is a comparatively modern village. The first chapel was erected in 1874 at a cost of £262, a second in 1894 at a cost of £632, and now a third is in the course of erection which will cost upwards of £1,600. This new erection has been made necessary by a large increase of population. The church is remarkably successful in winning souls.

CHELL HEATH Chapel was built in 1868 at a cost of £284. The Society has suffered much by migrations, but is bravely holding the fort and preparing for advance in material and spiritual things.

FEGG HAYES is the youngest church on the Circuit. The church and school buildings were completed in 1882, at an outlay of £906. This has been reduced to £100. The outlook is bright with promise.

From the statements made it will be evident that Bradley Green Circuit is progressive in character and spirit. Since its formation the following ministers have laboured thereon, each realising some measure of success: Rev. J. Atkin, J. Shepherd, J. Nock, W.J. Kirkland, R. Lush, J. Tristram, G. Jones, A. Taylor with F.C. Davison as a colleague. The laymen who have rendered  conspicuous service and entered into rest have been S. Oakes, J. Chadwick, C. Leese, J. Stoddard, J. Cottrell, local preacher and first Circuit Steward, J. Machin, a devoted church and school worker, J. Mayer, S. Stanway and C. Clarke. These brethren have left behind them the legacy of a blessed memory.

Amongst the seniors who remain are F. Chaddock, local preacher and Circuit Steward, J. Frost, local preacher and Circuit Secretary from the formation of the Circuit, J. Heath, T. Smith, J.T. Machin, P. Sanderson, G. Baddeley, W. Stoddard and P. Whityehurst. The brothers peter and Thomas Rowley have for many years been devoted and successful Sunday school workers. Space forbids mention of many others, past and present, who have served the Church faithfully and well, but their record is on high and in the day of God these will receive their “Well done!”

Their memory still lingers and many of them have left a heritage of gracious influence in the societies with which they were associated. Such memories constitute a very valuable asset in the life of the churches. Men feel they have left behind them a great spiritual ancestry of which they must be worthy. They may manifest the same loyalty to what their fathers called “the beloved Connexion.” They may take care to maintain such an attitude of soul as will insure the presence and power of the same spirit which gave the fathers their many triumphs. Thus in life and character they are helped by the past.