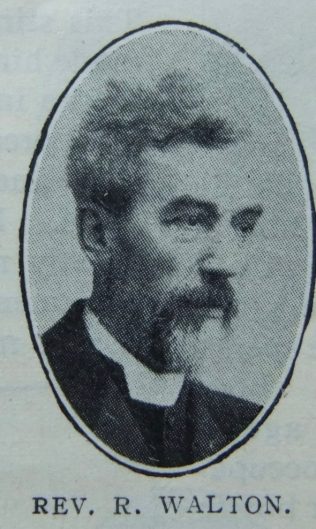 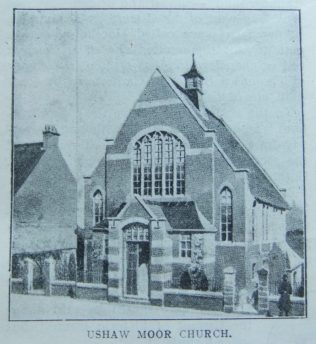 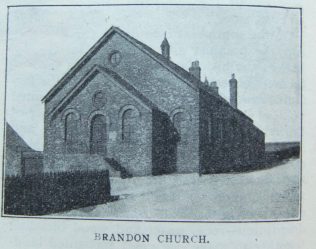 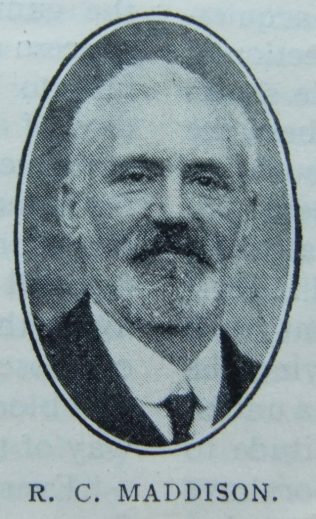 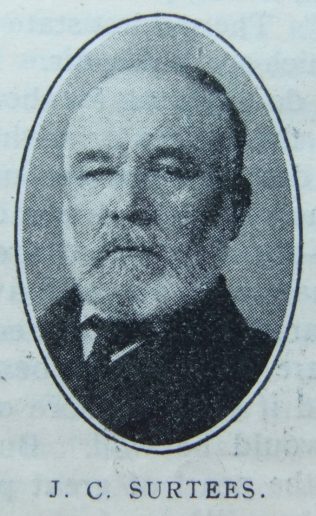 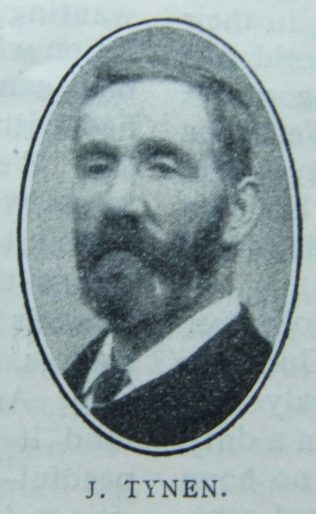 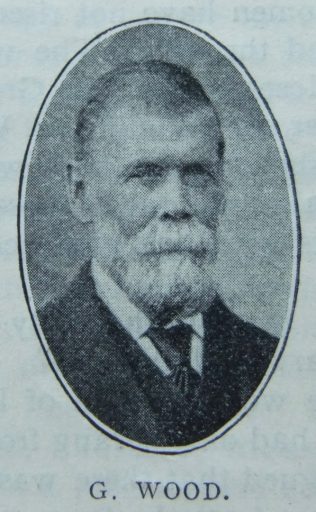 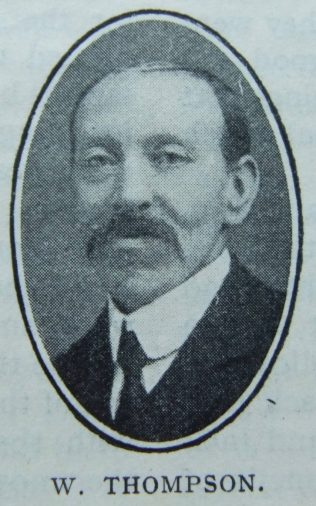 Transcription of Article in the Christian Messenger by Robert Walton

Although Brandon Circuit is a district of growing collieries, the smoke of which can be seen for miles, yet within its area are many points of interest and beauty which appeal to the archaeologist and historian as well as to the plebeian. There is Brandon Mount, upon whose summit is a peculiar mound or barrow, which, a few years ago, gave to us a prehistoric coffin made of stone slabs, and containing the remains of a man in a squatting position, who had been buried with his urn. A few yards to the west may be seen remains of Agricola’s great Roman Road, the Watling Street, as it wends its way over hills and through fertile valleys from the Roman station of Vinovia (the modern Binchester) to Longovicium (Lanchester), and only a short distance away is one of the steepest declivities in its whole course from north to south. From the same Mount we can look upon fair scenes where Briton, Roman, Saxon, Dane, Scot and English struggled for mastery, notably the site of the battle of Neville’s Cross, and close to the village of Brancepeth, with its castle and famous church, nestling in a picturesque vale, a veritable gem amidst the industrial activity on every side.

On the south-east side of the Circuit the botanist and geologist as well as the historian may find fruitful fields of research. Here we have the far-famed Sunderland Bridge, the much frequented “Gill of Croxdale,” and the ancient Manor of Butterby, with its almost perfect moat and remains of a Jacobean Archway – its oaken doors with picturesque bands – its staircase and oratory dating from about 1603 – and standing upon the site of an old manor house erected in 1218. The scenery here is above description – rock, water and wood blending together to make one great enchanted landscape. A triangular piece of land near this spot was the scene of an engagement between the advanced forces of the Scots and English – the day before the battle of Neville‘s Cross – and which ended in a victory for the English, the Scotch being “sundered” from their main army, which was encamped at Beaupaire, modern Bearpark. Hence we get the name of “Sunder-land” – Sunderland Bridge.

To the west of the Circuit, on its extreme border, is a place called Hareholm, now a cottage, but the reputed site of an ancient cell or chapel which was erected in memory of Thomas a Becket, of Canterbury, by Redpath, one of his murderers.

To the north-east we have the city of Durham, whose Cathedral and Castle and University draw so many visitors from all quarters of the globe, and where lie the remains of St. Cuthbert.

Brandon (Brawnsden) and Brancepeth (Brawnspath) are supposed to have derived their names from a great boar which used to play havoc in the vicinity, and which is said to have been slain by Roger de Ferry, whose gravestone is still to be seen at Kirk Merrington.

Much more might be said about the Circuit of historic interest, but space forbids.

The Circuit is still young, having been formed from Spennymoor in 1889. Its first superintendent was Rev. J. G. Bowran (Ramsay Guthrie) whose name is greatly revered by its members, and who saved from oblivion some of its officials and members in his book, “On God’s Lines,” which was written whilst he was on the station, and who came into prominence by that publication. It is the boast of some that J.G. Bowran made Brandon Circuit, and Brandon Circuit made Rev. J.G. Bowran. Be that as it may, the love between the two is strong indeed and abiding. The next super was the Rev. J. Jenkins, the mention of whose name is as the fragrance of precious ointment poured forth, and after him was Rev. J. Roxby, whose good deeds are the praise of the people. The present super is Rev. R. Walton, who is spending a sixth year in the station.

There were five Societies when the Circuit was made, with 285 members, but six years ago Broompark was given up owing to the closing of the mine.

Brandon Church is somewhat weak in adult members, deaths and removals having diminished the number, but there is “a fine sight of young people” at the Sunday evening service, from which recruits, no doubt, will be taken. One adult, “Tommy (Thomas) Gibson ” is an aged man of 84, who is hale, hearty and active in church work. He is a retired colliery official whose work was suitably recognised by his employers giving him a pension and free house and coals. Until two years ago he taught one of the select classes in the Sunday school. Now he spends much time in visiting the people. Born in 1829, he started work at the early age of ten, and for sixty years followed the occupation of a miner, rising from a trapper boy to an overman. He has been a Primitive Methodist and total abstainer for sixty-five years, and was a Sunday school teacher sixty-three years.

The Christian Endeavour movement has been fairly healthy, although of late it has been hard hit by the three shift system following the Eight Hours Act, and the closing of the Brandon C. Pit, but under the leadership of Mr. J. Williamson, who is suitably adapted to guide the young in Biblical and general knowledge, it is believed that that there will be better days. Brandon has given to the ministry Rev. C. Matheson, and among her local preachers are men who can adorn any pulpit. The Circuit steward, Mr. R.C. Maddison, is a leader, Sunday school teacher, Assistant Choirmaster and Treasurer to the Trustees of the Brandon Church. His life has been a busy one. Checkweighman at one of the pits, he has had many anxious problems to consider on behalf of the men. But straightforwardness and calm reasoning have characterized his conduct, and the men have felt safe in his hands. The Sunday school has been well attended.

Langley Moor is a strong church. There are 140 members, seven local preachers, and six young men who are nearly ready for full plan. Among its oldest members are Mr. G. Wood, Society steward, Mr. L. Forster, a local philanthropist, but who does not let his “left hand know what his right hand doeth,” and Mr. J. Tynen, local preacher, who have done yeoman service by helping to shepherd the cause from the time when it was small and in parlous condition, to its present strength and beauty. Mr. Tynen is one of the miracles of grace we so often see in the Methodist Church. Born of poor parents, and before the days of free and compulsory education, he never had a day at school; he was allowed to roam as he pleased, and strange were his escapades, but in early manhood he was converted. This stirred the deepest side of his nature and made him think. Diligently applying himself to the improvement of his mind, he became a local preacher, which position he has honourably and efficiently occupied for thirty-five years. He is one of the Colliery officials, and greatly respected by his employers and the workmen. He has done a grand work among young men, is a Class leader, one of the Sunday schooi superintendents, and Secretary to the Trust.

The Sunday school is in thriving condition; there are forty teachers and 300 scholars. Great credit is due to the superintendent, Mr. W. Thompson, who by the unanimous choice of the teachers, has held the office for many years, and to the officers who have loyally supported him. Better work would be done if there were larger and up-to-date premises.

The C.E. plays an important part. There are sixty members, whose president is Mr. R. Johnson, who looks well after his flock. So helpful are the devotions and conversations of the weekly meeting that members belonging to other classes regularly attend. The Annual Rally is a great event. Representatives attend it from churches miles away. Great care is taken to provide a good programme of speakers and music. A Mutual Improvement Society is doing good work. The young men and young women take their share, and some exciting and helpful discussions are held.

Ushaw Moor Church is in the making. With the assistance of the Church Extension Fund a new building has been erected. Special attention has been given to Sunday school accommodation and requirements in providing a number of suitable classrooms besides the large school room. The membership is small, but active, generous, full of courage and confidence, and right nobly are they taking their heavy burden. They are known by the name of “the church which knows how to raise money,” so gallantly have they done. But that is a secret which all churches may know if they have the will. Ushaw Moor Church has the heart to give. Mr. J.C. Surtees is Society steward, and looks well after church affairs. He has given a son to the ministry in the person of Rev. A. Surtees. The district is a growing one, and provides a fine field for evangelistic efforts; but unceasing vigilance will be needed, as clubdom is strong and Roman Catholicism prevalent.

Browney Church has suffered severely in the death of its officials – three of the chief men, a local preacher, a Class leader, a Society steward, having fallen. There have also been many removals. But the few who are left have manfully shouldered the responsibility, and fixed their confidence in the words: “ Let us not be weary in well doing, for in due course we shall reap, if we faint not.” A pleasing response has also been made by the young to the call for help, and as there have been some cases of conversion, brighter days now seem to dawn upon the little place.

Quite recently the district has been greatly honoured by a visit from the Queen to the Aged Miners‘ Homes at Ushaw Moor. Mr. John Adair, Secretary to the Homes, who together with Dr. John Wilson, MP. for the Division, met and conducted Her Majesty through the Homes, is a member and local preacher at Langley Moor. Great was the excitement among the old people when it became known that such a visit was intended, and their preparation was befitting their enthusiasm. More loyal devotion could not have been shown, and very touching were their expressions of welcome. The visit will not be forgotten, and is talked about with delight, for by her kindliness and homeliness Her Majesty gained their affections, and left a happy memory with everyone. Thousands of people lined the route along which she travelled. Other Homes have been opened at Brandon; they too, are a credit to the miners, and worth visiting. There is also a movement on foot to erect Homes at Browney. When that is done there will be Aged Miners’ Homes at each place in the Circuit – Brandon, Langley Moor, Browney, and Ushaw Moor.