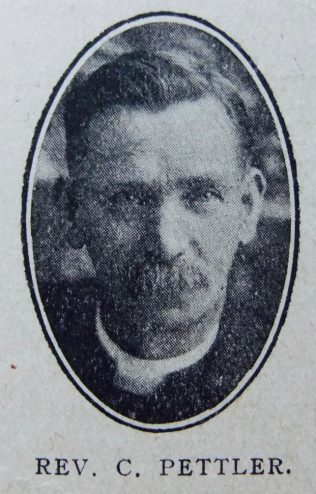 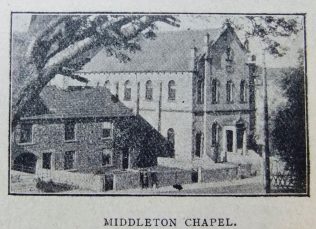 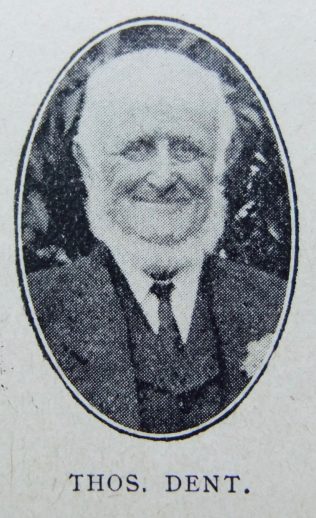 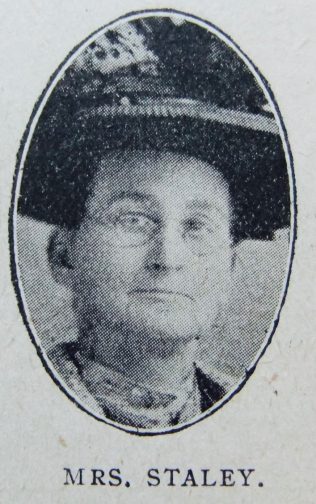 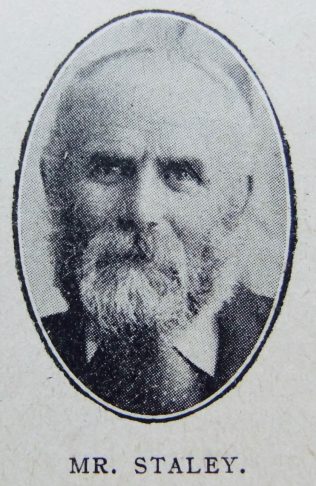 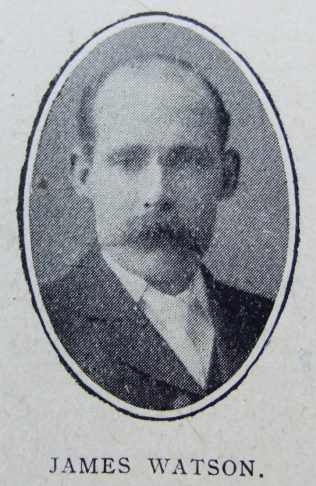 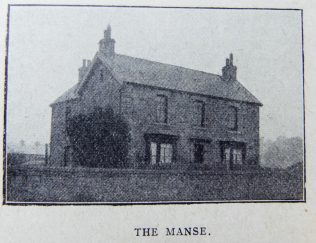 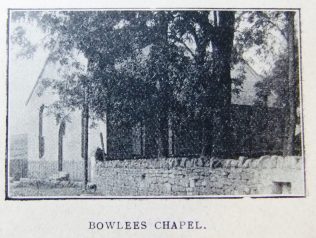 Transcription of Article in the Christian Messenger by C. Pettler

Middleton-in-Teesdale is a charming moorland town, of about two thousand inhabitants. It stands on the Durham side of the River Tees, and forms the base of approach to the valley of Teesdale with its whitewashed homesteads and its heather-capped hills. Within recent years it has become famous as a resort for visitors, who in the summer and autumn months seek relief from the strain and smoke of the great industrial centres in the busy North.

The railway station is one of the most charming on the whole range of the North- Eastern system, of which the numerous certificates adorning the walls of its waiting rooms afford ample proof. It stands on the Yorkshire side of the river, and is about five minutes walk from the town. Motor cars owned by Ralph Gowland, a sturdy Primitive Methodist, are usually in attendance, and the visitor may quickly be conveyed to his destination.

There is much in this picturesque dale to attract the attention of those in quest of life-giving impulses. The town itself, which nestles among a series of abrupt hills, is surrounded by superb woodland and rich meadows, with a network of footpaths running through some of the most enchanting scenery. Among the places of interest which cannot fail to impress the stranger are the King’s Walk, Fairy Dell, and the celebrated gorge – Jack Scar.

At Bowlees, about three miles from the town there is the notable Winch Bridge, believed to be the first suspension bridge so constructed in England, with Gibson’s cave a short distance away. High Force, the thunder of whose waters can be heard long before it is reached, affords a magnificent spectacle, especially when the river is in flood. The height of the cascade is some sixty feet, and a centre columnar rock towers still higher. In dry weather the water falls only on the Yorkshire side; after heavy rains there is a cataract also on the Durham side; the whole width has sometimes been covered. The explorer needs to keep a sharp look-out, for sometimes the waters rise suddenly to an immense height, and dash turbulently into the chasm below.

Cauldron Snout, the famous cataract, lies some miles south of High Force, and is approached by Langdon Beck Hotel and Cowgreen Mines, a wild mountainous district with Cronkley Scars and Cross Fell in full view. On arriving at the summit of the hill, leading down to the river, the tourist is confronted by the Falcon Flints, a long range of great basallic cliffs; there also looms before him the long uncanny serpent-like lakelet of the Weel, a fitting introduction to Cauldron Snout, which rushes through a defile, dashing in boiling foam from point to point, and descending, in the distance of about half a mile, some two hundred feet or more.
“Where Tees in tumult leaves his source
Thundering o’er Cauldron and High Force.”

The Tees provides rare entertainment and sport for anglers, trout and salmon being abundant in their respective seasons. Among, those whose names are quoted by the dalesmen as experts in the art of angling are the names of Primitive Methodist Ministers who have won for themselves a high place in the affections of the people.

The native dalesman constitutes a fine specimen of character; although somewhat brusque in his deportment, he nevertheless possesses strong religious sentiments and is given to hospitality. Among the religious forces which have assisted in developing the sturdy character of the dalesman, Primitive Methodism must be given a foremost place. The evangelical preaching and the bright, lively singing of the Primitive Methodist Missionaries found a ready and hearty reception in Teesdale, and strong and powerful societies have been established, and neat and commodious chapels have been erected.

Middleton was first missioned by the Hull Circuit. In the autumn of 1823, Thomas Batty entered the town, and mounting a stone on the site where the Wesleyan Manse now stands, he proclaimed the evangel, and the message found a response in the hearts of the people gathered round. A society was immediately formed, and among its members were Thomas Watson, Cuthbert Colling, Joseph Grieves, and John Leikly. All these were men were of strong personality and being infused with the spirit of the Master, sought to win others to Him. With this end in view they held open-air services, and conducted prayer meetings in cottages, and striking conversions took place, with the result that the society gained in numbers and strength.

On November 30th, 1824, the foundation stone of a new chapel was laid by Johnny Oxtoby at Middleton, and no stone was ever more truly or better laid. In 1872 the present chapel and schools were built, the chapel providing accommodation for seven hundred people. It is claimed that few places in village Methodism can boast of the possession of so fine a block of property as Middleton, comprising chapel, school premises, caretakers’ house, and manse adjoining, the whole being entirely free from debt. In the circuit there are seven Connexional Chapels, valued at £5,549, with a total debt of £116. The Societies for the most part are vigorous, and some are witnessing constant manifestations of Divine power in conversions. This is especially the case at Lunedale, where for some years Thomas Sayer, a typical dalesman, has wisely guided the affairs of the Society. At Ebenezer Chapel, Forest, the home of the Staleys, a most devoted Primitive Methodist family, the work grows steadily. Bowlees, notorious in Primitive Methodist history through its association with Willie Wilkinson, who by prayer and Divine tact secured a piece of ground for a chapel from the Duke of Cleveland, to the chagrin of the agent, is in possession of a good property and a vigorous membership, under the leadership of J.W. Temple. The services at Mickleton are well attended and are made up chiefly of young people; here is the home of Joshua Watson, one of our most thoughtful local preachers. Eggleston, which has recently been re-opened, owed its spiritual resuscitation to the energies of J.W. Kettlewell and J. Bainbridge. At Middleton the cause more than holds its own among the Churches. It has a membership of over one hundred. It has been severely hit by the war, about thirty young men from the school and congregation having joined the army. The society is fortunate in the possession of two energetic Society Stewards in James Watson and William Scott.

The Circuit has had its fluctuations. There have been seasons of great revival when the spirit of God has swept through the dale, and the hills and the valleys have reverberated with the melody of praise. There have also been seasons of reaction—times of industrial depression that have led to constant migrations, which have depleted church membership. To-day, however, the star of hope shines brightly and with the unity of the spirit and generous consecrated endeavour the best is yet to be achieved. The Circuit Stewards, Joseph Coltman and Thomas Dent, have rendered loyal service to the circuit, and now in the evening of their lives we wish for them the inspiration of those who have the joy of service faithfully given.

The Sunday School, in spite of severe losses sustained by the War and constant emigrations of families to the contiguous munition centres, is maintaining its ground. Joseph Coltman and Jacob Allinson deserve worthy mention for the loyal and valuable service they have rendered for so many years. It is pleasing to note that some new and efficient additions have been made to the teaching-staff. Within recent months the school was deprived of the valued service of Thomas Bowran, a Sunday School enthusiast, who had a paralytic seizure. For over forty years our brother was seldom absent from his post, and even now, in face of great physical disability, his interest is unabated, and he finds pleasure in composing Anniversary Hymns and recitations.

Increasing attention is being given to Christian Endeavour work, and there is a living C.E. Meeting which averages a weekly attendance of twenty. The spiritual tone of the Church is high, and among some of our spiritual veterans are John Brunskill, Miss Beadle and John Allinson, whose influence count in the services of the sanctuary. Our choir leaders, William Thompson and Fred Lowe, are experts in the art of music, and their services as soloists are often in demand.