You are here: HomenextPlacesnextDerbyshirenextAshbourne Circuit 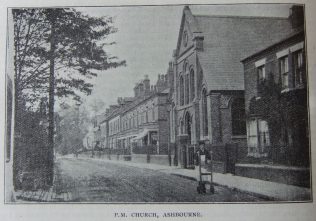 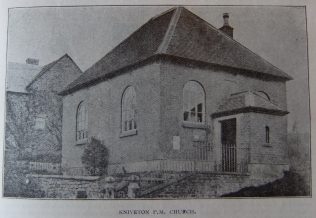 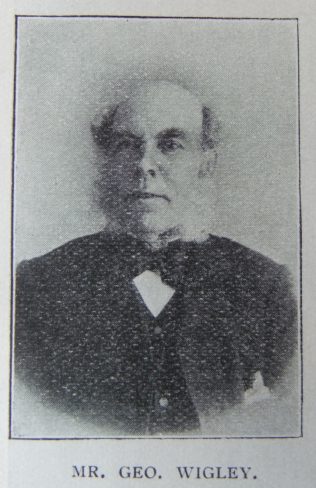 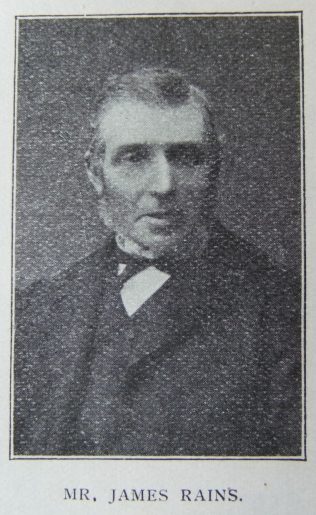 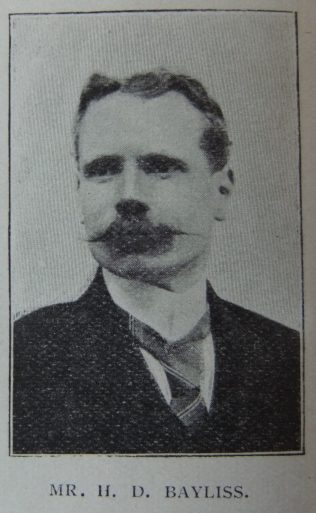 Transcription of Article in the Christian Messenger by William Radnor

Ashbourne is a thriving market town in Derbyshire, situated in a valley of surpassingly beautiful scenery, thirteen miles from Derby, and within here miles of Dovedale, whose romantic loveliness seems unrivalled; hence it is called “England’s miniature Switzerland.” Early in the nineteenth century Hugh Bourne visited visited this town to buy a parcel of tracts for Hulland Tract Mission. Ashbourne was missioned in 1817, and appeared on the Tunstall plan of 1819. A society was established and subsequently a small chapel erected, named “Ebenezer.” A Sunday School was formed, of which Mr. Thomas Holmes was for many years Superintendent.

The Circuit, as at present formed, may be regarded as both old and new. In the year 1890 it was made by the union of parts of Wirksworth, Belper, and Burton Stations, with Rev. T. Randall for its first Superintendent. By the exercise of his varied gifts he started the new station on what has proved to be a successful career. The laymen who took a leading part in the undertaking and sustained the larger share of its responsibilities, were Messrs. Samuel Dean, James Rains, George Wigley, Joseph Webster, W. Wright, and A. Dakin, men of principle, noble spirit, and lofty purpose, who, with others equally heroic, exerted an influence for good which still remains. The second superintendent was Rev. J Redhead, during whose ministry it was decided to erect a large chapel, with school and class-rooms, and call it “Beulah.” In this enterprise the minister had many willing helpers, foremost among them being Messrs. H.D. Bayliss, A Dakin, G. Easter, C. Haynes, and G. Clowes, whose deeds of patient service and godly heroism will be long and gratefully remembered. The new Church, opened in 1895, cost over £2,000. To meet their financial obligations our people have toiled and given in a truly self-sacrificing spirit and deserve every encouragement.

Kniveton, the second place on the plan, was missioned in 1817 by William Ride, of Weston, and eventually became the head of a Circuit. There we now have a prosperous society, school, Band of Hope, and Y.P.S.C.E., the activities of which are successfully piloted by Mr. G. Fearn, society steward. The Circuit, fortunately, secured for its third superintendent Rev. S.R. Barnsley, who, with Mrs. Barnsley, won universal esteem, and helped forward the work of God. He directed Hognaston trustees in the erection of a Church and schoolroom, which do honour to the people through whose generosity this property is nearly free of debt. Here, for many years, the Webster and Beeston families have been prominent workers and liberal contributors. The next superintendent was Rev. W. Radnor, who, with his gifted wife, rendered valuable service to the varied departments of our Church work, gave special attention to the young people, and established a “Bright Hour Service,” which helped the young life of our town society. During his term the debt on Beulah Church was reduced to £600, and debts paid off three country places.

Kirk Ireton also deserves special mention. Here, for a generation, the Dean and Rains families have been towers of strength and sources of blessing. Though death has taken some of our bravest members we still have a living Church, school, and Temperance Society. The chapel is splendidly situated, and debtless. This was the home of the late Mr. S Dean and Mr. J. Rains, who were the first Circuit stewards. Both were characterised by devotion, thoughtfulness, intelligence, and loyalty, and when the last-named brother ascended to the Homeland the mantle of office fell upon the shoulders of Mr. G. Wigley, a man of sterling worth and generous instincts, who, serving God and advocating what he believes, goes fearlessly forward. To his home at Kniveton the servants of the Lord are ever welcome. Mr. T. Beeston renders efficient help as assistant steward. Mr. John Rains is secretary of the Circuit “benevolent Fund,” which relieves members and officers in times of need and sickness, Mr. H.G. Harrison (of Ashbourne) does good service as temperance missionary and financial secretary. Following in order we have Hollington, which Bourne and Clowes missioned at the dawn of our Connexion’s life, and where they formed a class, the members of which have gone through the “gates of pearl.” This place appeared on the first printed plan in 1812, and there still a few faithful ones “lift up the banner of the Lord.”

Hulland takes us back to the same period. Here Hugh Bourne founded the “first Tract Visiting Society,” and formed “praying bands,” from which streams of blessings flowed to distant towns and villages. From this village John Harrison went into the ministry in 1816, and after a brief bright life of work for Jesus went home to God. Photos of Hulland and other chapels on this station, together with interesting records, appear in Kendall’s magnificent history. At Brailsford, for many years, Miss. Slater and Miss. Hough practically held the fort alone, being often the only hearers, but they were not discouraged by “the day of small things,” hence God has rewarded their fidelity in the form of a good congregation, society, and school, of which Mrs. G Woolley has charge.

Biggin is of ancient date, and figures early in our Church’s history. Amid its beautiful scenes some of the earliest heroes won glorious victories in Jesus’ name. The house in which they preached has gone the way of all perishable things, but a society and school remain, and we have a pretty new tabernacle, in connection with which John Redfern, a brave old bachelor and teetotaller, did good earnest work.

Next on the plan stands Tissington, a charming old-world village. There the people worship in a small iron temple and a good work is carried on by the Wrights, Williamsons, Walwins and Berrisfords, who hope sometime to build a chapel equal to the needs of that locality. Three miles distant is Milldale chapel, built of stone on a granite rock. This chapel and society were gladly given over by Leek Circuit a few years since; both have been much improved, and Mr. H. Berrisford, society steward, and others, are faithfully toiling. The scenery here is magnificently grand – the lofty mountains, deep valleys, and winding rivers will well repay a visit, but I advise our readers not to go in winter, unless they belong to the sturdy enduring type of which Derbyshire local preachers are made.

Mappleton Society is an off-shoot from Ashbourne. Mr. C. Haynes is steward, with Messrs. Cooper and Carr as helpers. For the most part the laymen in this Circuit are warm-hearted, willing, and faithful in discharging their various duties; responsive to the steward’s leadership; loyal and courteous to their minister; they never ask the clergyman to either baptise their babies, marry their sons and daughters, or bury their dead. The present minister, Rev S Evans, is a genuine, painstaking, plodding man, who gives earnest attention to the spiritual and financial needs of his people, whose respect and confidence he enjoys. Nearly all the chapels are free from debt. Careful management and generous giving ought, in a few more years, to clear off the three remaining debts and set our people free for aggressive work. This Circuit has done well in the past, and if those who form its several parts seek a fresh baptism of holy fire, and unitedly give themselves in glas surrender to the service of Jesus Christ, its future will be rich with the joy of harvest, and bright with abiding prosperity.