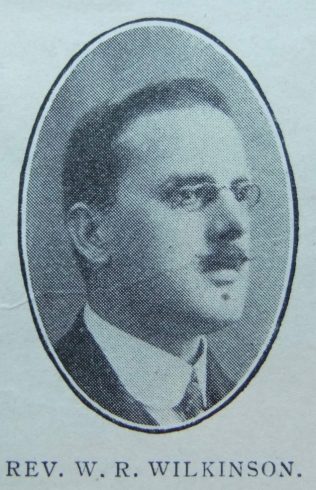 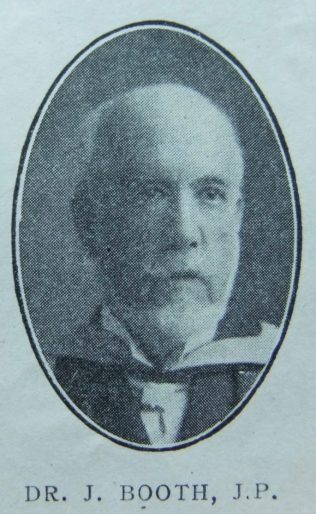 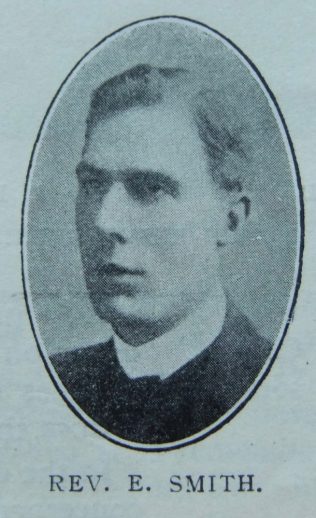 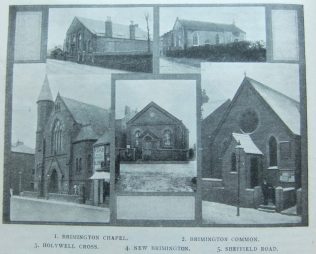 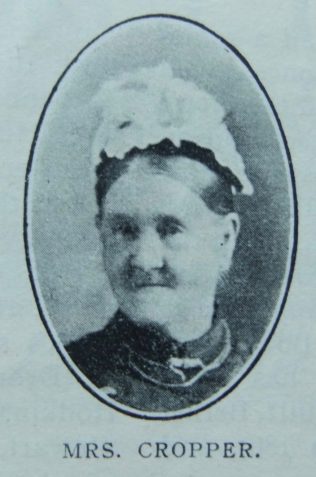 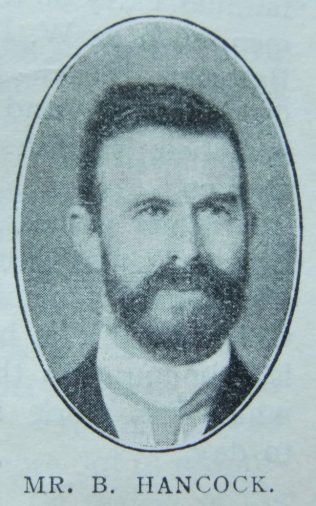 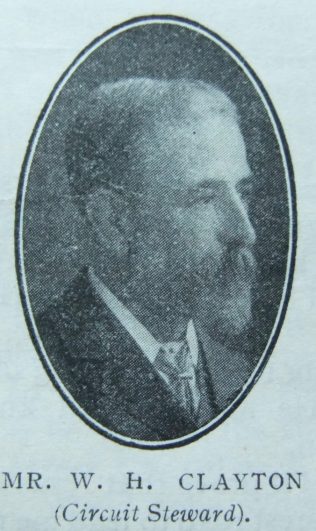 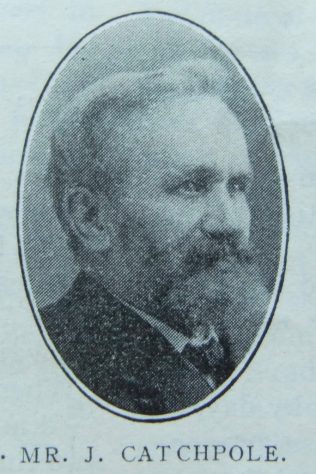 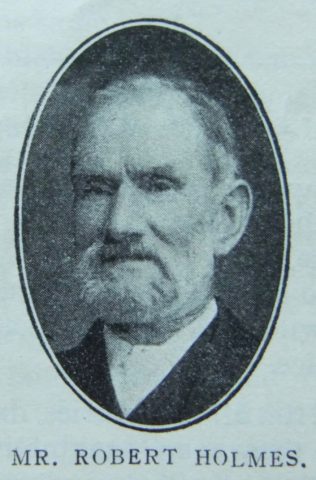 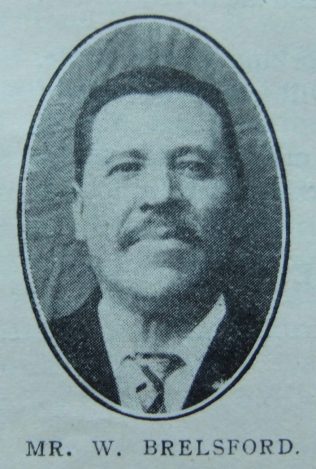 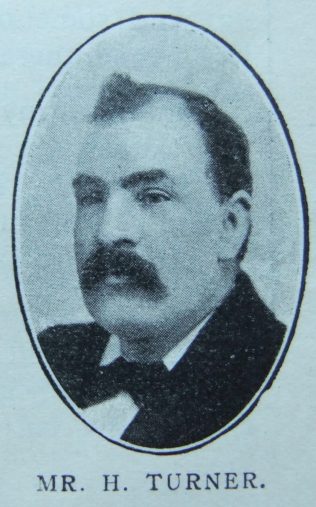 Transcription of Article in the Christian Messenger by Wilfred R. Wilkinson

DERBYSHIRE is noted everywhere for its romantic scenery. There are few who do not know something of the romance of its great houses, Haddon Hall and Chatsworth. But outsiders – and Derbyshire people, being clannish, regard all other county-born people as outsiders – are not so well acquainted with the romance of its religious history. Practically all the religious bodies have a history as romantic as the hills. Eyam, the plague village, and its story of heroism and sacrifice by its vicar, Mompesson, and its people, are only common knowledge to Derbyshire visitors. That a remote village should have been devasted by the plague, the infection being carried in a bundle of clothes sent in charity, is one of the wonderful tragedies of our history.

Monseigneur Benson, in a recent novel, “Come Rack! Come Rope!” has attempted to make clear the romance and suffering of the Papists of Derbyshire. The Independents could find some of the most thrilling stories of high devotion and willing endurance for principle’s sake that their fine history provides.

The year which saw the initial triumph of Clowes in Hull saw Jeremiah Gilbert‘s struggles to establish Primitive Methodism in North-East Derbyshire. One was not less heroic than the other. In the Chesterfield district Jeremiah Gilbert was imprisoned fifteen times in fifteen months for his persistent preaching. Eckington, Bolsover and Chesterfield gaols all held his body captive at different times, but failed to crush his bright spirit. He prayed and sang until his cold, damp cell seemed peopled with angel visitants, and when people gathered round the prison, attracted by his unusual devotions, he preached to them through the ventilation-holes, and warned them through the window-gratings.

The last time he appeared before the Chesterfield Court, the presiding magistrate, Godfrey Heathcote, Esq., said to the constable, “ Why do you bring him’? Don’t bring him any more,” and turning to the saintly prisoner he said, “Come up here,” and his last appearance in the Chesterfield Police Court was on the bench.

He evidently impressed all who had to do with him as a man of exceptional character and personality. Upon one occasion, after he had been arrested at the instigation of the vicar of Eckington, the constable set off in a trap with him to Chesterfield. The constable had been most uneasy and uncomfortable with him. He was not used to this sort of prisoner. At length they reached a plantation, and the constable pulled up and said, “Look here, if you run away, I shan’t follow you.” But Jeremiah Gilbert refused to do it. He felt like Paul at Philippi, that the great men who had caused his arrest must bring about his release. His escort’s name was Captain, and when he ruefully drove on again, wondering what a strange prisoner was his, Jeremiah Gilbert, who, although saintly was never sombre, began to sing:
“What a Captain I have got!
Isn’t mine a happy lot?”
And so they drove to Chesterfield, a happy prisoner and an amazed constable. Such was the man who introduced Primitive Methodism to Chesterfield, and if ever the Primitive Methodists in that town become unheroic or gloomy, they will be unworthy of their founder.

In a very short time he won so many adherents that regular services were commenced in a disused factory in Froggatt’s Yard, and for some years it was the scene of wonderful happenings. The district for miles round, including Bolsover, Mansfield, and the villages about, were successfully missioned.

So well did the work in the area progress, that in 1822 the Chesterfield Circuit was formed, and in 1827 Mount Zion, Brampton, was the head of the Circuit. For many years quiet and steady progress was made, but more in the direction of the opening up of missions in the villages than in any considerable consolidation in the town.

In the district, so far as chapel-building was concerned, the great era of progress was during the ministry of the Rev. John Haigh. He came to the Circuit in 1863, and in his four years’ superintendency he drew plans and specifications, and himself personally supervised the erection of nine chapels, and in the succeeding four years the Rev. Wm. Cutts built schools at each of these places also. Such building operations, all completed within eight years, make present day readers gasp. But naturally this work gave strength and prominence to the Circuit.

In the town 1848 was the great year, for then, under the superintendency of Rev. Ed. Morton, the first big step was taken, and Beetwell Street Chapel was built. Primitive Methodism then became possessed of the finest Nonconformist chapel in the town. Beetwell Street has very fragrant memories for the older portion of the present generation, and scarcely a class-meeting is held but one or another works in some gracious reference to what happened there.

For thirty-four years Beetwell Street served well the purposes of the church. Happily then, the officials and people, led by Rev. J. Gair, recognised that the development of the town was taking such a direction as would mean the leaving of Beetwell Street in an undesirable situation.

They therefore boldly purchased, mainly in faith, a fine central site at Holywell Cross, which had on it an infants’ school; and in 1882 Holywell Cross Church, an admirable building, good-looking and well-designed within, was erected, the superintendent being the Rev. J. Wenn. It was a big venture, but the people were loyal, and once again the church took a leading position in the town, which it still retains. With the building of new schools during the ministry of Professor A. L. Humphries, and the addition of one of the finest organs in Primitive Methodism, there is now a fine suite of premises, which have cost over £9000, well-equipped for the work that needs to be done in Chesterfield.

In 1888 Chesterfield First Circuit was made with Rev. G. Windram as minister, and consisting of Holywell Cross, Sheffield Road, and the Brimingtons.

At Brimington, a village inhabited by workers at the great Staveley Iron Works, and situate about two miles from Chesterfield, there are three Primitive Methodist chapels now under the charge of the second minister. When it is remembered that Brimington has only about 6,000 inhabitants, this is somewhat unique. It is only right to observe, however, that it is one too many. Bethel, the principal of the churches there, has nearly 100 members, and is well-nigh filled at the Sunday evening services. It boasts the possession of an efficient choir. At all three places there are very successful Sunday Schools.

In the early days Brimington had a somewhat chequered history. It was once given up as a forlorn hope, and came off the plan; the quarterly meeting recording a resolution to the effect that there were no prospects. But in 1841, the Rev. G. Booth, the father of Dr. Booth, who for so many years has been the superintendent of the Holywell Cross Sunday School, and is well known to the Connexion as the Editor of the Hymnal Tune Books, was stationed there, and Brimington has never looked back. Three chapels were built, Bethel in 1864, Brimington Common in 1867, and New Brimington in 1881.

Sheffield Road is a small chapel in Stonegravels, about half a mile from Holywell Cross. It naturally suffers from its contiguity to the larger place, but, erected in 1891, as a memorial to Rev. G. Booth, it has always done good work amongst the children of that poor neighbourhood, and is not failing to attract adults to the cause. Amidst many fluctuating experiences, the Ashmores, Broughs, Paceys and Fryers have worked hard and persistently.

The Circuit has been considered a strong Circuit. It prides itself on its succession of ministers. Among them are to be numbered both the Antliffes, Wm. Cutts, Wm. Jefferson, J. Wenn, G. Parkin, J. Lockhart, J.W. Fryer, A.L. Humphries, H.J. Taylor, and the present minister is to be succeeded by Rev. J. Pickett.

And there have been officials worthy of the ministry. In the old days the names of Oliver, Charlesworth, Burrows, Cook, Addy, Lowe, and Riggott are remembered for their work’s sake. In these later days Dr. Booth, H. Dronfield, R. Holmes, W. Holmes, J. Hodkin, J. Catchpole, R. Thompson, J. Stewart, T.W. Holland, A. Hopkinson, W.H. Clayton, W. Tomlinson, H. Turner, and their families, carry on a good work. And younger men, such as W. Hodkin, E. Cooper, W.W. Bateman, E.G. Brown, G.W. Mumby, G.H. Dunk, and T. Allsop, jun., will, it is hoped, sustain the best traditions of the Church.

A tablet placed in one of the corridors of Holywell Cross Church bears testimony to the affectionate remembrance in which Jeremiah Gilbert’s work is held, but a better testimony is to be found in the labour and devotion by which his work is continued by so many to-day.