You are here: HomenextPlacesnextDerbyshirenextPrimitive Methodism in the Conference Town (Derby) 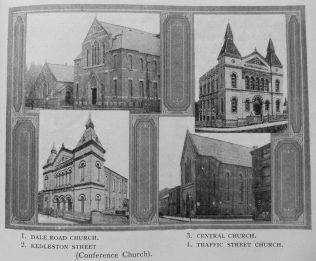 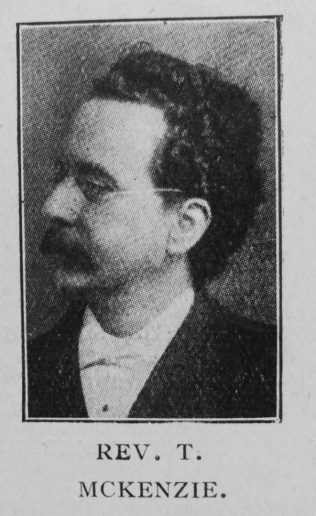 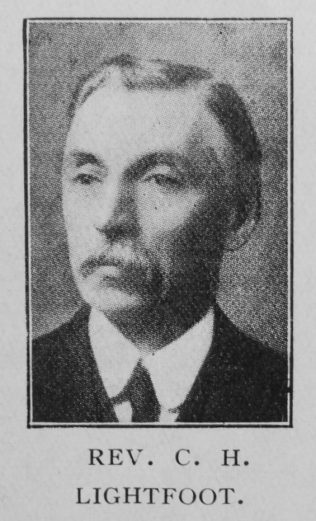 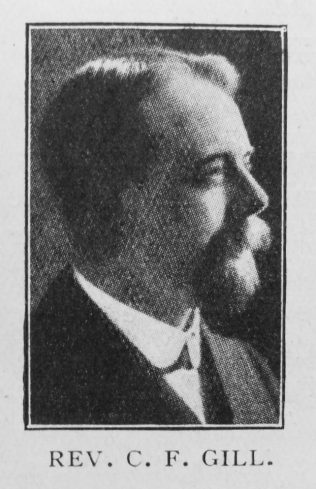 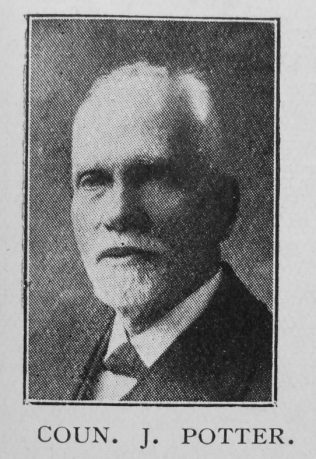 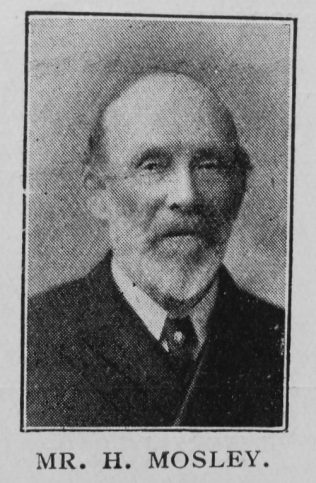 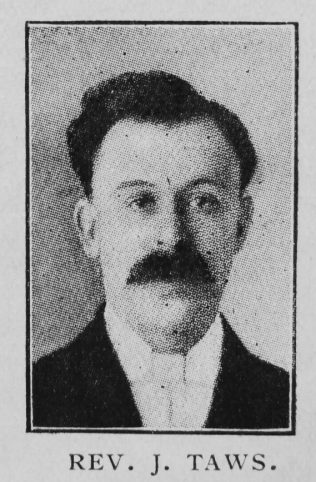 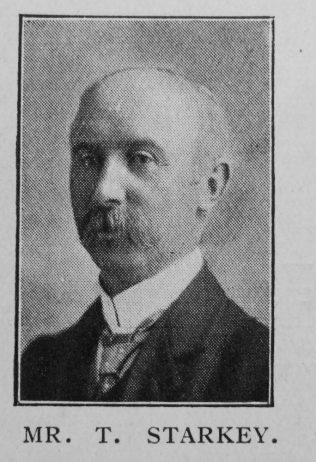 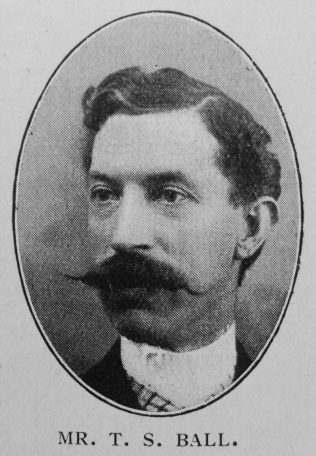 PRIMITIVE METHODISM in Derby dates back to the early days of our Connexional history. In 1815 Sarah Kirkland, the first female preacher of the Connexion, came as pioneer missionary to Derby. Conducting a service at Chaddeston, she promised to visit the town the following night on condition that a suitable place was secured in which to hold a service. A room is said to have been hired from a barber. This room was the first meeting-place, here the first Society was formed, and here Primitive Methodism began in the town. The work, so humble in its origin, was destined to grow and flourish. Notwithstanding a good deal of opposition and some persecution, the work of the Lord took deep root. In 1817 a small chapel was built in Albion Street. It was in this chapel, while William Clowes was preaching, that the lamps went out, and a great disturbance, resulting in a police court scene, took place.

It would appear from the Journal of William Clowes that he visited Derby more than once. He refers to a soldier in the Royal Artillery, who was stationed at the Armoury, as being a great help to the cause. “Having no friends at the beginning to take us in I often went with the soldier to the Armoury to sleep. It was rather a trial at first to have to climb up without steps. . . . to get into the berth or sort of box-bed; but I remembered I was a missionary, and it behoved me not to demur about little matters of convenience and comfort. I had counted the cost, and was prepared by the grace of God to take up my cross and follow Jesus, through honour and dishonour.”

In 1836 the Rev. William Antliff was the stationed minister of the Albion Street Society, and under his able ministry the Society grew far beyond its accommodation. From Albion Street the services were transferred to a chapel in Babington Lane. In 1844 a new chapel was built in Traffic Street on the site of the present building. This is now spoken of as the Mother Church. Great and honoured men have been associated with the mother cause of Primitive Methodism in Derby: men of sanctified imagination and mighty faith in the great Unseen, who sincerely believed that God was actually and directly working through them as special agents in the establishment of His cause in the hearts of men.

In these early days of struggle Dr. Samuel Antliff, with his colleagues, Rev. Robert Robinson and Rev. Thomas Barron, laboured with great success. The enlargement of the building was an early necessity. In 1865 the present chapel was built, costing £4,900. It became the centre of evangelism, a mighty power for good, and for the spread of the kingdom of God.

Kedleston Street Church stands at the head of the Second Circuit. Its history is full of the romance of Christian enterprise and godly devotion. There are associated with this church names of ministers, laymen, and consecrated women of whom the Connexion has reason to be proud; names representing undaunted faith, holy zeal and Christ-like service, mention of which are an inspiration, for their fragrance still lives in the home and in the Church.

The work begun in a joiner’s shop—like the work of the Carpenter of Nazareth—has gone on, and continues to flourish. The first chapel, a small building with a gallery rising from the floor, was built in 1846. This was replaced by a larger building in 1850. The present church was erected in 1871, and is the second largest Primitive Methodist chapel in the town, having the largest congregation. It has seating accommodation for nine hundred persons. In 1899 new Sunday Schools were built with accommodation for one thousand scholars. This fine block of buildings has cost £8,676.

Kedleston Street is an aggressive church; great have been the achievements of the past, and it still goes forward. The strength of the church, and it may be the secret of its success, is the continuous and earnest attention given to its young life. Sunday School work has always had great prominence and special care has been given to the adult classes. This Sunday School is one of the largest in the Union.

Kedleston Street Society is situated in a densely populated district. A wide field for evangelism is available, and the church has not failed to seize the opportunity, with good and lasting results. Associated with the Circuit, and in the town, are Mansfield Street and Campion Street Societies, with properties valued at £1,787. Kedleston Street is honoured this year as the Conference Church, and will sustain the honour with great credit to itself and the Connexion.

Up to 1875 there was no Central Primitive Methodist place of worship. This was not only an inconvenience to some members who lived far from their own Sanctuaries, but there was a strong feeling further to extend the cause, and to supply a long-felt want in the heart of the town. A Central Mission was opened and services conducted in the Atheneum Rooms. This mission “caught on,” and attracted the people. The opening services were conducted by Rev. Robert Robinson, a man of mighty faith and deep spirituality. A Society and Sunday School were formed. The cause grew in interest and power. In 1879 the Central Primitive Methodist Church was built at a cost of £6,300. The new church was opened by Dr. Samuel Antliff.

For years, whilst the Society was strong in membership and the spiritual home of influential personages, there was great prosperity at this church. Crowds of people attended the services. The most popular ministers occupied the pulpit. But when, through deaths and other causes, the membership declined, a period of financial struggle and anxiety began. For years the history of the Central Church has been one tremendous struggle with its crushing debt. But oh, the heroic men and women who have stood by it! There have been “a few names in Sardis that have not defiled their garments.” There are names that will always be honoured in connection with the Central Church. With heroic courage, patient faith, self-sacrifice, and true loyalty, the heavy burden has been carried, until the brighter day has dawned. In 1899 the debt was £3,700; it is now £1,500. The corner of difficulty has been turned; “the Lord has done great things for us.” The darkness is past, there is light ahead! There is no reason why the church should not go forward to a grand and most useful future.

Dale Road Church is at the head of the Fourth Circuit. Primitive Methodism in this part of the town dates back nearly forty years. A Society and Sunday School were formed in a room taken in Church Street, which very soon became too small. Under the able ministry of Rev. H.G. Button and Rev. J.C. Antliff, a new school chapel was erected, costing £1,100. For over twenty years a gracious work was done in the school chapel, and many were the seasons of refreshing from the presence of the Lord. The people filled the place, souls were converted, and the membership increased. To meet the needs of an increasing population, a new chapel was built in 1901 under the superintendency of Rev. J.T. Gooderidge. Dale Road Church is a comfortable Gothic building, with a commanding position, in the midst of a working population. It has accommodation for five hundred and fifty persons. The Society is young and vigorous, and a good type of Primitive Methodism. The preacher knows when he commences the service that he is in a Primitive Methodist Chapel, that he has an audience responsive and ready to receive a message.

The financial  liabilities of the Circuit are heavy, but bravely faced by a band of heroic and loyal, earnest officials and friends, through whose self-sacrificing  efforts and true Christian service much has been nobly accomplished.

The numerical progress of Primitive Methodism in the town since 1886 may not have been what it should have been, but we are thankful for what it is. There are now four circuits, made up of eighteen societies, four ministers in active work, two supernumeries, eighty-five local preachers, 2,916 scholars, 333 teachers, and 1,097 members, and the value of trust property is £33,250.

Derby is honoured this year by entertaining the Annual Conference. On two previous occasions has the Parliament of our Church met in the town: in 1861, when Rev. William Garner was the President, and Rev. William Lister was the Secretary; also in 1886, with Rev. John Atkinson as President, and Rev. John Wenn as Secretary—men of sacred fame. “The Rev. John Wenn Memorial Chapel” at Littleover is a lasting tribute to the honoured memory of one whose name is still as “ointment poured forth.” We pray that the rich blessing of God may be upon the Conference, that a holy impulse may be given to all our officials, that Pentecostal power may abide in all our Churches, and that the town of Derby may be spiritually enriched!