You are here: HomenextPlacesnextDerbyshirenextWirksworth Circuit, Derbyshire 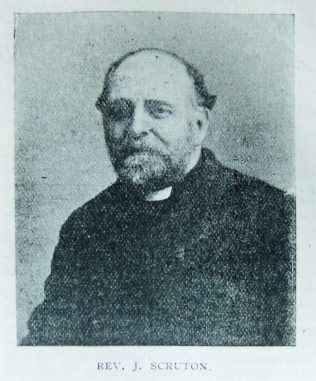 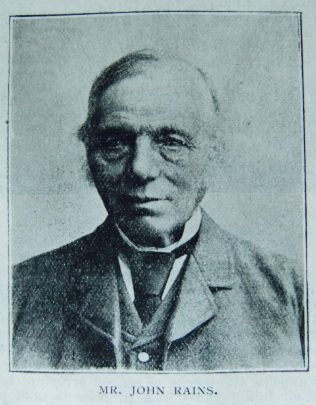 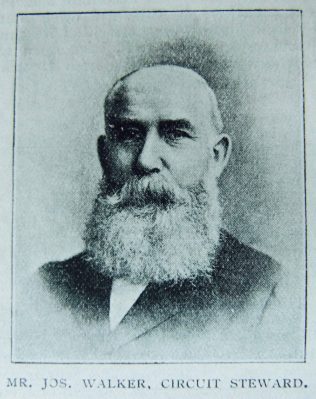 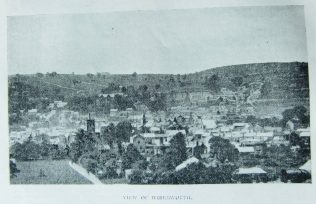 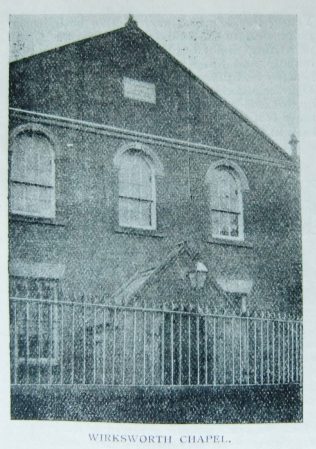 Transcription of an article in the Christian Messenger

The Primitive Methodists visited Wirksworth in the year 1820. The preached word was with power, and a society was soon formed which has continued ever since. Mr. Joseph Frost and Hannah, his wife, opened their house for the preaching and praying services, and they continued to be held there for some years. The class meetings also were held in Mr. Frost‘s house, the mother and the son being amongst the first members.

The Frosts had a deaf and dumb daughter, who was, nevertheless, possessed of clear, strong intelligence, sound judgment and many excellent gifts. By many signs she was able to make her family and neighbours understand her thoughts. She worked at a cotton-factory in Cromford, was an excellent spinner, very industrious and clever, polite and obliging in spirit and manners, but remarkably fond of gaiety and dress, and given to not unfrequent outbursts of passion. In those early meetings, however, Temperance Frost was truly converted. She became quite a different character, put away her curls and superfluity of ornament, and instead thereof was fully adorned ‘with a meek and quiet spirit,’ until her very soul seemed to be swallowed up of love. She became remarkably fond of prayer. both public and private, frequently exercised in public worship, and through acts and signs, even though she could not speak a word, yet her power with God through faith, and the rich unction which attended the spirit and manner of her exercises, had generally a very blessed effect u on the congregations. On one occasion, at a lovefeast, she showed by signs her wish to make known the goodness of God to her soul. She was placed before the people. Her appearance was striking, her dress being plain but remarkably clean and neat. By impressive signs she gave the people to understand that she had Christ in her heart and that she should go to heaven. Her exercises on this occasion had such an effect that all the people were melted into tears. She was ‘strong in the Lord and in the power of His might,’ and appeared to be filled with the glory of God. She died on August 31st, 1821, aged 32 years.

The work and services were subsequently carried on in the house of Mr. and Mrs. Kniveton on Green Hill, where, when the house was full and the weather fine, the preachers held service in the garden or yard, amid scenes of great interest and blessing. The first separate building which the growing society and congregation occupied was a useful room or workshop rented from the late Mr. John Bamford, also on Green Hill, which was entered by a flight of stone steps from ‘Hardy’s Hillock.’ Here, previous to the erection of a chapel, services were held for some years, Mr. Robert Taylor acting as class leader.

The Wirksworth Circuit was formerly a part of the old Belper and Kniveton Stations. Several of the pioneers, oldest preachers and even the founders of the Connexion laboured in these parts, including also what is now the neighbouring Winster Station. Amongst them was the late Jeremiah Gilbert, Richard Lee, Phillip Brown, John Allsop, Joseph Hams, Wm. Stephenson, —Rowbottom, — Webster, the Antliffs and others.

Many of the greatest triumphs and mightiest revivals of the Connexion’s earlier days were achieved amongst these glorious Derbyshire hills and valleys. Mrs. Bembridge, born at Mercaston, seven miles away, was converted in 1811, received her first ticket in 1813, commenced to preach in 1814, and was called into the itinerant ministry by Robert Wingfield in 1816. She was remarkably enterprising, courageous and successful in the soul-saving work. In the year of the first Conference of our Church, 1820, she retired from the regular ministry. Henceforward she laboured strenuously and faithfully as a local preacher in these parts of Derbyshire and Nottinghamshire until her decease in 1880, after serving the Connexion sixty-six years. It is a remarkable circumstance that Miss Bembridge joined our Church when its members numbered 200 only, lived until its membership, in 1880, exceeded 182,000, and aided actively during all those years in promoting this wondrous growth. The Wirksworth station owes no little to her devoted life and labours.

Hannah Yeomans, of Rodsley, eight miles away, was another burning and shining early Primitive Methodist in these parts.

One of the most interesting and useful families in Primitive Methodism is that of the late Mr. John Rains, born at Top Hill, near the Grange Mill, lble, Derbyshire in 1790. His brother Samuel was also a very earnest and efficient helper in those early days. The late Rev. J.T. Neal says:- ‘About the year 1820, a Primitive Methodist missionary went to Ible. The bothers John and Samuel Rains were amongst the first hearers, and they, along with Hannah Rains, the wife of John, joined the infant church on the Hill. John and Hannah were class leaders and workers for over thirty years. Ten out of John’s twelve children were converted and made happy in Christ, several of them becoming leaders and local preachers in this and other stations. His farm-house home and likewise those of several of his sons have been open to our preachers ever since: and both ‘locals‘ and ‘itinerants’ are still made welcome by them and also by their descendants of the third generation. Of this family came the late Mr. Samuel Rains, one of the oldest and most honoured of our church officials in Manchester. Born at ‘The Griff Farm,’ Ible, near Wirksworth, in 1823, and converted when thirteen years of age, he was a local preacher 54 years, and after helping the interests of our churches in the city for over half a century, passed peacefully to his reward in April 1898.

Mr. Henry Rains, another son, and now residing at Griff Villas, Buxton, was converted and became a local preacher many years ago at Ible. He is still a working official and leader helping in the development of the Buxton Station.

Mr. John Rains, who left the Griff Farm in 1898, when he had passed his 78th year, was converted in the twenties. He has been trustee for Ible chapel, class leader, school treasurer, and fast friend and helper there for over 30 years. He is now with his good wife (herself a local preacher and missionary collector for many years), doing good work as Society steward and class leader at Griff Villa, Ashleyhay.

Another eminent scion of this house is Mr. James Rains, of Alton Hall Farm, Kirk Ireton, who is now circuit steward of the Ashbourne Station, and has kept open house at Alton Hall for all Primitive Methodist preachers for over thirty years. This honoured brother has three sons, a daughter and daughter-in-law, who are all local preachers – two of the names appearing along with his own on the Wirksworth plan. Truly in this part of the Lord’s vineyard the words of sacred scripture have their fulfilment:— ‘The promise is unto you and your children.’

The first chapel at Wirksworth was built about 1836, high up the Dale, and was superseded in 1858, by the present spacious and comfortable chapel, schoolrooms and vestries, chiefly through the persevering energy of the late Rev. J.T. Neal. He himself worked in the quarries getting the stone; he begged the leading of all the materials, often fed the workmen from his own humble larder; secured the land and superintended the erection, completion and conveyance of the property to the Connexion, and became the first superintendent of the Wirksworth Station in 1860. He was largely assisted by Mr. and Mrs. John Bunting, senr., who with their family have been long and useful workers in our cause here. Mr. Bunting was born in 1831, and converted in the old Dale chapel about 1844. In 1893 the beautiful volume of photogravures entitled ‘Broader Britain,’ was presented to him by the members and officials of the Wirksworth circuit ‘as a token of esteem and respect on the attainment of his Jubilee as a member, local preacher, and official of the station, and of the very valuable service he has rendered to the Connexion during his long and unbroken connection with it.’ Mr. Bunting has had five sons converted in the chapel, all of whom with the exception of one deceased, are members of the Church, and three of them, like their father, local preachers.

Another interesting and helpful family is that of the Walkers who afford another striking example of the hereditary Primitive Methodism of the circuit. Messrs. George and Joseph Walker like their parents before them and their own families, are amongst the pillars of our Church and work in the circuit. Mr. Joseph is circuit steward, and both are capable officials, and spiritually-minded and earnest men of God. Other families such as the Taylors, Brindleys, Handleys and Slacks, at Brassington; the Hallowes, Butlers, Braces and Fearns, at Middleton; Dickinsons, Sheldons and Bodens, at Cromford; the Storers, Milwards, Friths, Rains and Smiths, at Wirksworth, and the Lauds, Flints, and Smiths of Bolehill, are doing and are likely to do useful service in the present days.

We have recently invested £86 in the ‘Chapel Aid,’ towards a new chapel at Middleton, a most eligible site being already paid for. The debt upon Holloway Chapel is being gradually reduced. The Rev. J. Scruton, the circuit minister (assisted by his excellent wife and daughter) is doing useful service in Young People’s classes, and also both in the pulpit and in the homes of the people by his preaching and pastoral labours. The membership and finances of the station are in a healthy and prosperous condition. The Notts District Meeting of 1900, is to be held in the quaint and beautiful old town, and altogether there is a fairly hopeful and encouraging outlook in the Wirksworth Station.