You are here: HomenextPlacesnextDevonnextBeginnings of Primitive Methodism in Devon

Beginnings of Primitive Methodism in Devon 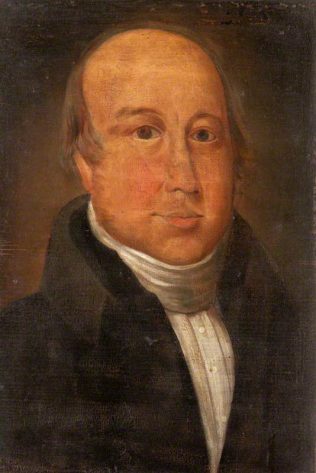 Arrival of the first missionaries

On Christmas Day 1825, William Clowes, preached three times in Plymouth, recording in his journal: ‘I did not feel much liberty, but trust good was done.’

Primitive Methodism had arrived in Devon, via a mission from the Hull circuit to Redruth, at the request of W Turner, and a society was established in Plymouth.

In 1829, a farmer’s son in Pyworthy, sent a request to St Austell for a preacher to be sent to the area. John Hewson, who was the minister there, responded to Mr Oliver’s request, and came to preach at Pyworthy and other places in North West Devon, where Primitive Methodist societies were formed. By August 1831, there were 86 members at Pyworthy. W Chubb, whose father owned the farm next door to the Olivers, was converted, and became the first Primitive Methodist local preacher in Devon.

In 1830, W Horsell was sent as a missionary from St Austell to Barnstaple and Bideford, 20 or 30 miles north of Pyworthy. This proved very successful and societies sprang up in many places, with over 60 members in Barnstaple alone.

In August 1831, Joseph Grieves was sent as a missionary to Exeter, and a ‘respectable person’ fitted up a room in his own house which was used for preaching, as well as for accommodation for the preachers.

A succession of calamities

Despite these promising beginnings, ‘a succession of calamities’ befell all the early societies in ‘this fine county’. It is not clear what disasters occurred, but they included the ‘improper conduct of one of the preachers’, and the ‘inefficiency of two or three more’, as well as lack of connexional support, combined with lack of ‘courage and perseverance under difficulties.’  The result was that ‘the whole county was abandoned by the Primitive Methodist connexion!’

However, the efforts of the early missionaries were not in vain, as many souls were saved, and some of the early converts became Primitive Methodist travelling preachers, or ministers, including Messrs Chubb, Rooke, Grigg and Mules.  Although Primitive Methodism in Devon disappeared for a time, those who had been converted were not lost, as they joined with the Wesleyan Methodists or Bible Christians.

In 1853, Thomas Drew was appointed by the General Missionary Committee to open a mission in Exeter and the surrounding area. He had a discouraging start in Exeter itself, but found success in Exmouth, where a large congregation was collected, many people found faith in Christ, and a promising society was formed.  A report to Conference in 1854 stated that there were 45 members, and as prospects were encouraging, another missionary was sent to help. By 1855, the number of members had increased to 82. In 1859 ‘a convenient chapel was taken in an eligible situation’ in Exeter, and ‘the best chapel’ was secured for the society in Exmouth. The mission flourished in both places, and two ministers were appointed to each.

Open air preaching started in Plymouth in the summer of 1854, when D Kent was sent as a missionary by the General Missionary Committee. When the weather became too cold to continue with open air services, he rented a room, and during the winter made some progress, with 30 members reported in 1855.

Thomas Drew then took charge of the mission, assisted by E C Pritchard, and ‘under their acceptable and zealous labours the work of the Lord progressed.’ It was reported that sinners were converted in Plymouth, Devonport and MoriceTown, and by 1857 there were 140 members.

The first new chapel was built at MoriceTown in 1858, and a chapel was bought in Plymouth. By 1860 the number of members had risen to 295.

In the summer of 1858, W Hayman was sent by the General Missionary Committee to open a mission in north Devon, at South Molton, and a new chapel was built there in 1860. In August of that year, societies were also formed in Teignmouth and Kingsbridge, making a total of six mission stations in Devon, to which 10 missionaries were appointed.

From then onwards, progress in the county was assured, and it could be claimed that ‘the spirited and vigorous manner in which the missionary operations have recently been conducted in this county is some amends for the relinquishment of this field of labour in former years.’