You are here: HomenextPlacesnextDorsetnextShroten Fair, Dorset

A Snapshot of Village Methodism 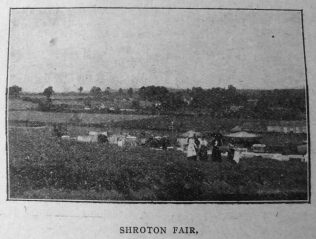 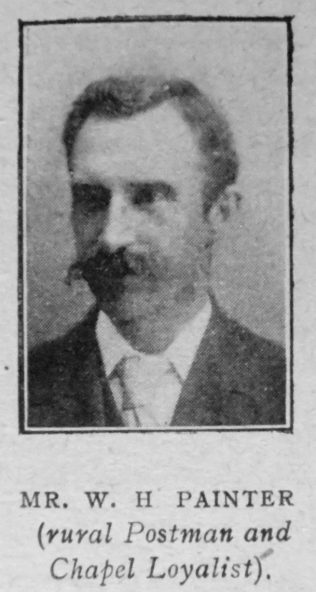 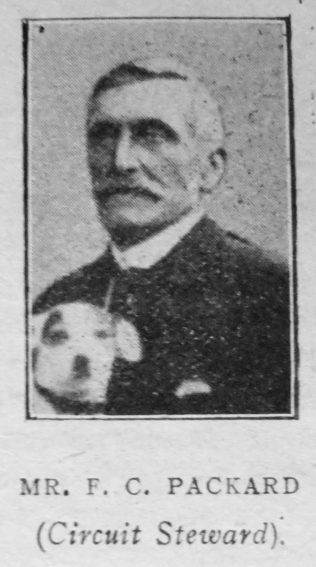 Transcription of an Article in the Christian Messenger by Rev. R.W. Burnett

There is a Primitive Methodist Chapel in Shroton, but it is always shut up on the Fair Sunday, for to “our people” this day is an opportunity, and their services are always held on the greensward of the Fair-ground.

And what an idyllic meeting-place! The greater part of the village lies in the rear, and the chief outlook is to the noble height of Hambledon Hill, girdled with many lines of ancient British earthworks, while northward stretch the line of the Dorset Heights to Melbury Hill and Shaftesbury.

The Fair-ground is the centre of a small secluded valley of great charm.

Shroton Fair being held upon a certain fixed date in the Autumn, the “Fair Sunday” is sometimes just before the Fair, sometimes in the midst of it, and sometimes just after, when none but a few stragglers are remaining.

At the time I write of, Sunday was the day before the Fair.

We gathered in force. All our folk turned out, among them, W. H. Painter, the rural postman, who invariably played the little harmonium.

A man of talent, of taste, a gentleman indeed, no proffered promotion tempted him from Shroton, for he had moorings – the Sunday-school, the Band of Hope, the Music, or, in a Word – the Chapel. So, year by year, he stayed at Shroton.

The planned preachers were there. Fred Elsworth from Hazelbury, Bryan Vincent from  Stourpaine, the Circuit Minister from Sturminster-Newton, and the Circuit Steward, Frank C. Packard of Hanford. How the last-named loved Shroton Fair for the opportunity it afforded him year by year for doing good – for doing service to his Lord. All the Fair people knew him. He visited every caravan on the ground. To his friends he would say: “It is the opportunity of a lifetime.”

We started off well with an old favourite of Shroton Primitives:
“Come weary one and find sweet rest,
Jesus is passing by.”

Prayer, and Scripture Reading and Addresses followed. However, truth to tell, the afternoon meeting was only a partial success. Engines drawing heavy loads came pulling and clanking on the field. Caravans – by the dozen, scores of heath ponies, shouting men and boys, and so, though many persons were around our company, attention was distracted, and the speakers had a hard time.

After tea, we tried again with better success. There were no new arrivals, and gradually the Fairfolk completed their unloading and other sundry pieces of work. The sun was declining and there was comfort in the evening coolness.

The dark woman on the left at last finished her “housework.” The brass fittings were polished, the strips of carpet were shaken, the table was scrubbed and replaced in the van, and then, she sat down on the steps to listen.

The men who had unpacked, and built up the circus were lying on the grass in a little group, and the last speaker, our friend from Hazelbury, had a great opportunity of which he fully availed himself. And so, came at last the concluding crowning moments of the day, as we sang to the strains of “Hollingside”:
“Jesus, lover of my soul
Let me to Thy bosom fly.”

Then, at least all found themselves in a great reverence, and with worshipful outgoings of spirit to God the Father.

This is no idealised picture, but just a plain tale of our doings in the Dorset countryside.

Our people still gather on the fair-ground as early autumn again comes round.

But all is not the same, for Frank Packard has gone to his reward. His last proposal to the Shroton Society was, that a party of them should go for a day, and hold services at the Fair on Woodbury Down.

William Henry Painter was born in 1867 at Iwerne Minster, Dorset to parents George and Hannah. George was a carpenter.

Frank Cooper Packard was baptised on 30 November 1849 at Woolverstone, Suffolk. His parents were Alfred, a farmer, and Rosa.

The 1881 census identifies Frank as a farmer of 300 acres employing ten men and two boys.