You are here: HomenextPlacesnextDorsetnextWeymouth, Dorset 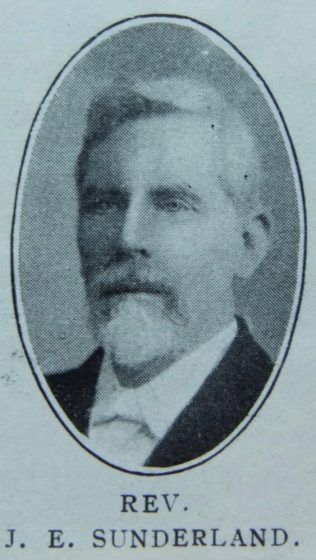 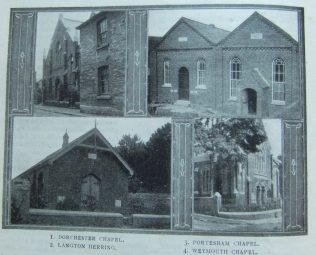 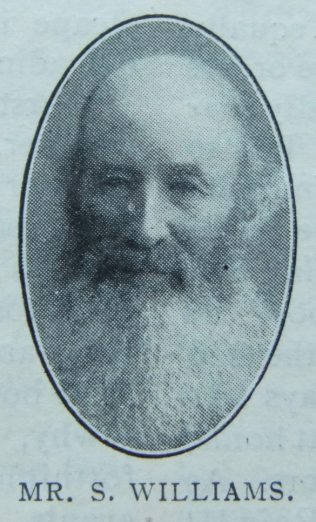 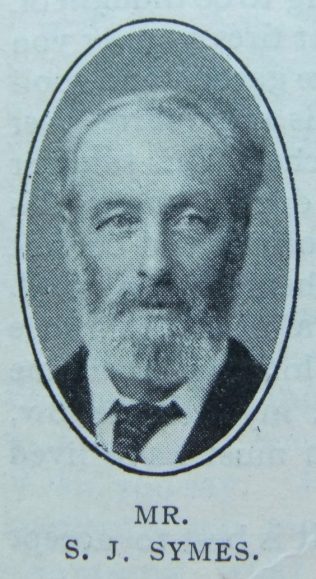 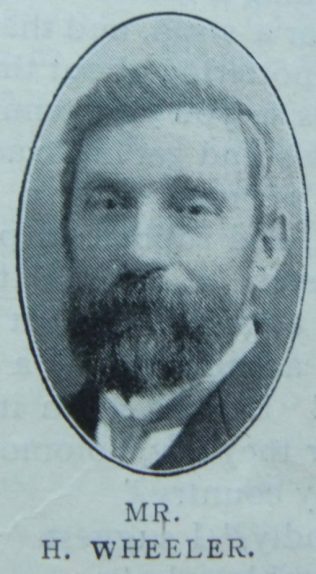 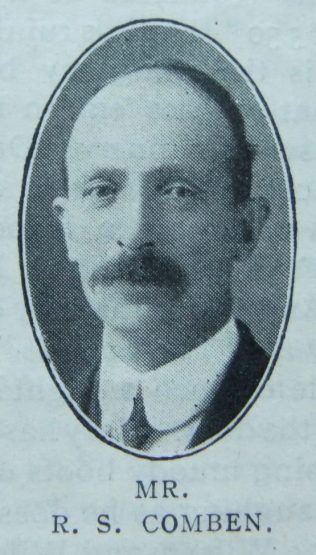 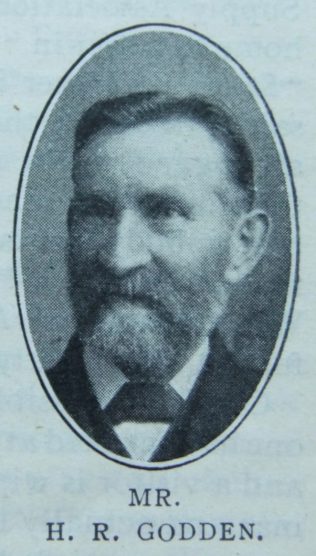 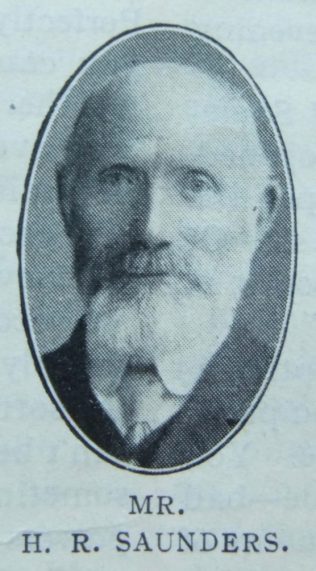 Transcription of Article in the Christian Messenger by J.E. Sunderland

THE Weymouth Circuit lies in the extreme south of our island, and in the extreme south-west of the district to which it belongs. Hence it is not known so fully as it otherwise might have been; nor has it been able to take so full a part in Connexional politics as the capabilities of officials would warrant. Situated in a most delightful part of Dorset, it has most charming scenery of both sea, and valley, and hill. It includes a portion of the “Thomas Hardy country,” and the veteran author resides within a mile of our Dorchester chapel. Crowning the heights of Blackdown Hill and overlooking Portesham, where we have a strong and vigorous village church, is a monument to another “Hardy,” “Nelson’s Hardy” — Admiral Sir Thomas, who was reared in this village. Then who has not heard of Abbotsbury, with its swannery and sub-tropical gardens, its Great Tythe Barn and St. Catherine’s Chapel, and the Castle so recently burned to the ground, all belonging to the Earl of Ilchester. At Abbotsbury we have had a meeting-place, but never a chapel; for here also Free Church people are not allowed to have even a Sunday school.

The district is rich in historical associations and abounds in Druidical earthworks, barrows and Roman remains. In 1905, during excavations for the foundations of our new schoolroom in Dorchester, there was discovered, about three feet below street level and by the side of our Church, a remarkably fine specimen of a Roman pavement, twelve feet by about sixteen feet, with beautiful figures of vases and serpents at each corner. This was relaid in the floor of the County Museum in the High Street, and is an object of admiration and interest to all visitors.

Weymouth, with Portland, is an important naval station, and is the home base of the cruiser and battleship squadrons. It obtained fame when King George the Third made it his favourite seaside resort.

It was in 1822 that the town was missioned by the Sunderland Circuit. Messrs. Nelson and Cosens – the latter a man of colour – were sent to open up the district. They were favourably received in the town, but at Dorchester there was considerable persecution. A chapel was built in Hope Square. This was superseded in 1876, when the present building was opened during the ministry of the Rev. S. Dobson. The Circuit included both Weymouth and Portland until 1886, when it was divided. In 1893, when the Salisbury and Southampton District was organized, it was transferred from the London II. thereto.

The parent Circuit had eleven places, seven Connexional chapels, three cottages and one hired room. A commodious school chapel has since been built at Wyke Regis, the seat of the Whitehead Torpedo industry. Another has been erected at Langton Herring. The Circuit is wide, and some of the places are a long distance from the centre, but the loyal co-operation of the local preachers contributes very materially to its successful working. There is a good local train service.

An endeavour was made some few years ago to sustain a second minister at Dorchester, where we have a good chapel and school, which probably form the best set of property in the Circuit, but the effort for the time did not succeed. This step, however, is a necessity if the station is to develop as it ought.

There is no debt on the Weymouth church, but there is a crying need for improved school accommodation for the growing Sunday school. A very eligible manse was secured four years ago, and, when the liabilities of this and two or three of the chapels are reduced, the Circuit will no doubt make another effort to sustain two ministers.

Of the many official names figuring in the Circuit’s history, that of Mr. R.H. Vincent stands out, its bearer having efficiently filled the Circuit stewardship for fifty years. The present holders of the office are Mr. H. Wheeler and Mr. S. Sansford, who most worthily fulfil its high traditions. Mr. Wheeler is also District Missionary Treasurer, and has an ever open eye and purse for the wider field of missionary enterprise.

Mr. S. Williams is our oldest local preacher, and at eighty years of age is as young as ever in spirit, and is “out” almost every Sunday declaring the Evangel. He was as divinely guided as Abraham of old, from his Norfolk home upwards of sixty years ago to our village of Abbotsbury, where he found work, wife, comparative wealth and an enduring welcome in the service of the Lord.

Brother H.R. Godden has served the Circuit well as local preacher, Circuit secretary and in other spheres, always willing, and always in the thick of the fight for the King. His children rise up and honour him.

Brothers S.J. Symes and R.S. Comben are doing efficient service at the head of the Weymouth school and society. The former has been a pillar and a father in the church for many years. The latter is a worthy son, and as a Town Councillor, has, we believe, a bright future in municipal administration.

Brother H. R. Saunders is a devoted local preacher and District official. Jealously concerned in the welfare of the Circuit, and the Connexion as a whole, he and his good wife have no greater joy than to minister to the needs of the servants of Christ who may visit Portesham.

No story of Weymouth Circuit would be complete without a reference to the noble band of women who have in godly succession laboured and upheld the cause of Christ and Primitive Methodism.

The Circuit has sent forth many worthy sons and daughters, and trained many others for enlarging usefulness, but she hopes to do even greater things than these in coming days.

A very useful addition has recently been made to the Weymouth Church by the assistance of Dr. A. Carnegie, in the shape of a new two-manual organ, of chaste design, and the old one has been cleaned and rebuilt in our Portesham Church to the delight of the people there.

The Dorchester Church has played no mean part in the affairs of the Circuit. She boasts in having at the present time eight lay preachers, and being geographically at the centre of the work contributes a fair share in the supply of the pulpits. Mr. Councillor J. Bellinger has been a man to be reckoned with. Mr. S. Sansford, the junior Circuit steward and local preacher, has done yeoman service as Trust treasurer, and with his devoted wife exercises open-handed hospitality. Brothers Beck, Rendell, Shergold and Dabinett, the two latter also school workers, have contributed not a little by their zeal and passion for souls to the building up of the Circuit’s prosperity. Brother Benham, as Society steward and Secretary of the Trust, loved and honoured by his brethren, is also most worthy of mention in the annals of the church.

There are also younger men sharing the toil and joy. Brother G. Richards, a “Prim” of the third generation, almost attains to front rank ,and with others will give a good account in the good time ahead.