You are here: HomenextPlacesnextEssexnextHarwich Circuit, Essex 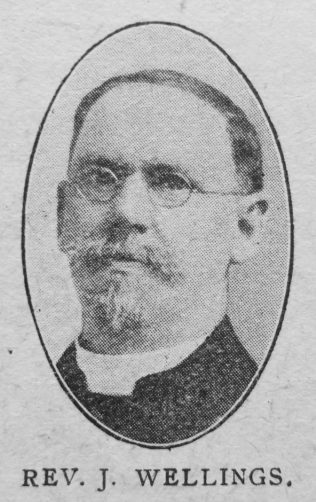 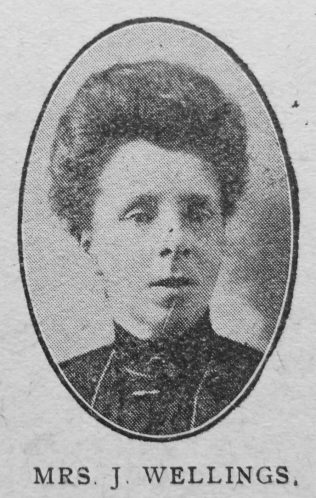 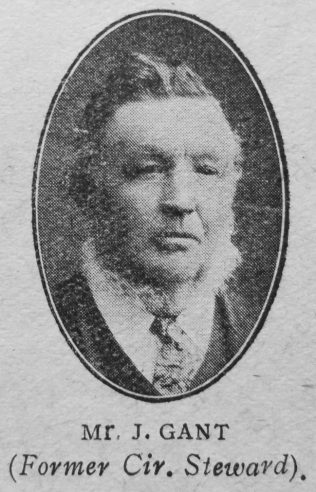 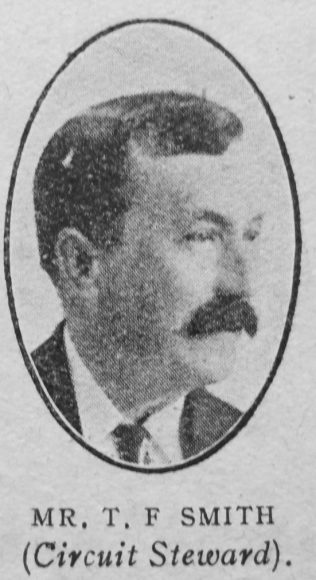 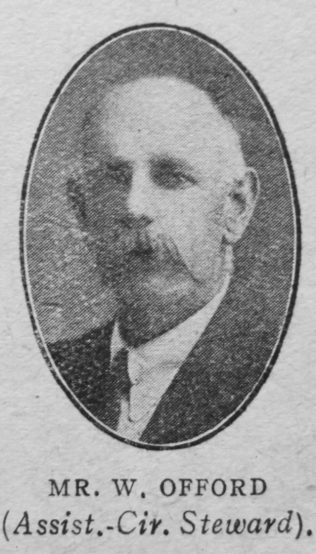 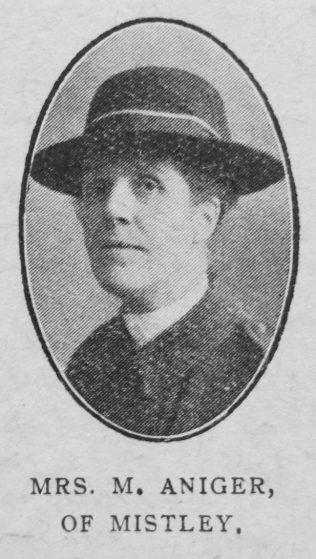 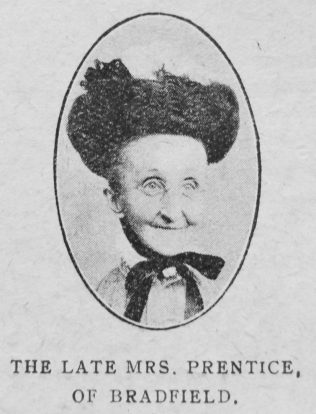 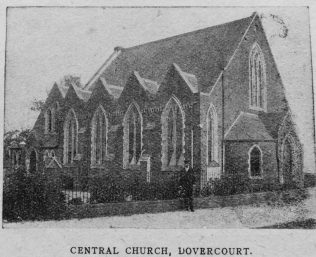 Transcription of Article in the Christian Messenger by Rev. Joseph Wellings

The Port of Harwich and the more recently developed and residential Dovercourt, are dual parts of the township of Harwich, which possesses a Mayor and Corporation, and is of considerable historic importance. In pre-war times mercantile steamers regularly passed between Harwich and Continental Ports such as Amsterdam and Hook of Holland; and now, as then in summer time, pleasure boats ply daily between Harwich and Ipswich along the River Orwell, flanked with charming scenery that bears favourable comparison with that of the River Wye. Under the skilful and daring leading of Rear-Admiral Sir Reginald Tyrwhitt, the Harwich fleet has repeatedly gone forth to do daring exploits in the Great War; and the town itself is strongly garrisoned against hostile approach from sea or air. It is pre-eminently a naval base, and as such, is destined to become still more important in the future. Dovercourt adjoins Harwich to the South West, and looks southwards over a fine bay with sands and promenade. There is a park and pleasure garden with a Chalybeate Spring, containing the same properties as those of Tunbridge Wells, but with more iron. Its water is pleasant to taste, and the spring has been known for over two-hundred years. The air is bracing, and there is plenty of bright sunshine; but little rain. Surrounded on three sides by salt water, and on the fourth by open country, epidemics are practically unknown here, and the average death rate is 7.4 per 1,000. No wonder that it has become a health resort of considerable attraction to which visitors return year after year.

Primitive Methodism was introduced into this locality from Ipswich some seventy-two years ago, and the resultant Societies became a branch of that circuit until they were formed into a separate Station in 1884. The first preaching place in the town of Harwich was in Church Street; next, services were held in a rented room in George Street, afterwards in Church Lane, and then a small iron chapel was erected near the Masonic Hall. The present Central Church is pleasantly and prominently situated in Dovercourt, adjoining Harwich, and serves well for both places. It was erected in 1895, during the ministry of Rev. John Buck, and is a Gothic structure, seating about three-hundred-and-fifty, with school-room accommodation for two-hundred, and land reserved for class-rooms. The cost was £1,835, of which £1,213 has been raised. Mr. A.L. Jackson and Mr. H.E. Smith, are the excellent Stewards of this vigorous Society of one-hundred-and-twelve members. Bright and fervently Evangelistic Services, with the aid of an excellent choir, attract large and appreciative audiences, and there are many witnesses to the power of redeeming grace manifest here. During nearly the whole of the war, the Sabbath evening services have been followed by a weekly Home-Circle for Sailors and Soldiers, with light refreshments gratuitously served – a touch of home-life away from home which has been warmly appreciated. Capable leaders direct the varied activities connected with this church. The Sunday-school is superintended by Mr. T.F. Smith, who is also a very acceptable Local Preacher and our esteemed Circuit Steward, Mr. A.L. Jackson is School Secretary, and Mr. F. Chamberlain, Treasurer. Mr. H.E. Smith, Assistant School Superintendent and a Local Preacher is the devoted President of a strong and healthy C.E. Society, with Mrs. Statham and Mrs. Barker as Vice- Presidents; while a large Junior C. E. Society prospers under the leadership of Mr. and Mrs, A, Felgate, Mrs. Statham and Mrs. Petch. Miss Chamberlain is Secretary of a promising branch of the Young Worshippers’ Union, and Mrs. A. Felgate is Secretary of our Temperance League and Band of Hope. There is a fine Women’s Own Guild with Mrs. Wellings as President; Mrs. Statham, Vice-President; Mrs. A. Smith, Treasurer; Mrs. Durrant, Mrs. M. Avis and Mrs. E. Bloice, General and Club Secretaries. It has about eighty members, and its weekly meetings are most helpful. The names of T.F. Smith, A. Smith, Taylor, Messenger, Manhood, Sexton, Scott, Mold, Gilbert, Gardiner, Genders, Felgate, Catchpole, Petch, Barker, Munday, and others represent honoured families who have shared in the building of this church.

Upper Dovercourt Church, which is situated about one mile to the West of the Central Church, was erected in 1866 with a school-room added in 1887, during the ministry of the Rev. G.C. Normandale. The total cost was £618, the last of the debt being paid off in 1917. It is a plain but comfortable building, seating about two-hundred, with school accommodation for one-hundred-and-fifty. Mr. W. Offord, our Junior Circuit Steward, is also Steward of this thriving Society of eighty-two members. The congregations are excellent. The Sunday-school which was founded by Mr. J. Gant and Miss James some fifty-three years ago, flourishes. Mr. Gant still continues as its Honorary Superintendent, with Mr. W. Offord as Acting-Superintendent and Mr. W. James and Mrs. Offord are Class-leaders. A healthy Senior C.E. Society is ably served by Miss James as President, Mr. W. Offord and Miss Gross as Vice-Presidents, Mr. J. Gant and Mr. G. Crosby as Honorary Vice-Presidents, and Mrs. H. Bloice as Secretary. The Junior C.E. Society, under the leadership at Miss James, Mrs.  H. Bloice and Miss E. Gross, is doing splendidly in winning many children for Christ and Juvenile Church membership. The Temperance League and Band of Hope rapidly increase in strength under the able management of Mr. and Mrs. W. James. There is a Boys’ Life Brigade, under the care of Messrs. Jones, Thornhill, Taylor and Britton. A flourishing Women’s Own Guild also exists here with Mrs. Wellings as President; Mrs. W. Offord, Mrs. H.S. Wright and Miss James as Vice-Presidents; Mrs. W. Gant, Treasurer; and Mrs. Leggett, Secretary. Mr. Alfred Gant makes an excellent Trust Treasurer with Mr. Offord as Secretary. The list of families of long standing association with this church include those of Mr. and Mrs. Joseph Gant, whose labours and generosity have been unstinted; also the names of Crosley, Brown, James, Offord, Mann, Wright, Dunningham, Kedge, Closs, Bloice, Gross and Lungley.

In addition to the town Church at Dovercourt, and the semi-rural Church at Upper Dovercourt, there are four Village Societies and Sunday-schools as follows:

Wix was one of the earliest places in the circuit to be missioned; but its chapel was not erected until 1880, at a cost of £150. It is expected shortly to be free of debt. Here we have thirteen members, a good congregation, and a promising Sunday-school. Amongst the devoted workers at this place may be mentioned Mr. Isaac James. who is Trustee, Assistant Class-leader, for many years Society Steward, and for thirty-nine years Sunday-school Superintendent and holds a medal and certificate from the Sunday-school Union for long service in the school; Mrs. James (now deceased); Mr. J. Reason, Trustee, Class-leader, and Local Preacher; Mr. and Mrs. W. James; and Miss Francis, School Secretary.

Bradfield first Chapel was built in 1840, which became the school-room when a new and modern chapel was erected in 1870, seating two-hundred-and-twenty, with school accommodation for one-hundred. The total cost was £514 and the last of the debt has just been extinguished. There are seventeen members with Mr. C. Crick and Mr. W. Simons as Stewards. The congregation is small. There is a promising Sunday-school, under the care of Mr. and Mrs. F.W. Wright, Mrs. W. Simons and others. Mrs. R. Simons, who has been a member here for nearly sixty years, remembers the early days when the place was missioned by Rev. Robert Key. Mr. Prentice (now deceased) received a Diploma of Honour in 1908, for thirty-five years of service as Sunday-school . Teacher. Mrs. Prentice (recently deceased) helped to found the Sunday-school here some half century ago; her hospitality to the preachers was most generous, and she collected £150 for Home and Foreign Missions.

Amongst the families who have been prominent in the history of this church the following names of Winney, Lot, Burgess, Prior, Frost, King, Kedge, Sawyer and Howlett, also deserve honourable mention.

Stone’s Green has services conducted in a rented room. Mr. M. Proctor has the honour of serving as Soc. Steward, Class-leader, Sunday-school Superintendent and Local Preacher. Amongst others who keep the flag flying in this out of the way village may be mentioned Mrs. Day, Organist and School Secretary, Mr. Day, and the family names of Barker, Clampin, and Cutting.

Mistley Chapel and Schoolroom were erected in 1862, at a cost of £282, the last £36 of which was paid off in 1918. This Society has twenty-six members with Mr. E. Ainger as Steward, and Messrs. W. Moore and W. Johnson as Assistants. There is a small Sunday-school under the Superintendence of Mr. W. Johnson. The Class-leaders are Mr. J. Mason and Mrs. M. Ainger; the CE. Leaders, Mr. W. Johnson and Mr. E. Ainger. Mr. J. Stebbing is Trust Secretary. Mrs. M. Ainger, who for many years served as Society Steward, Sunday-school Superintendent and Teacher, and who has done war-work as V.A.D. nurse in a neighbouring military hospital, has also found time during the last three winters to superintend a Soldiers‘ Recreation, Reading and Refreshment Room in connection with this church, and with the help of her daughter, Mrs. Pinkney, and a worthy band of willing workers has succeeded admirably.

The following ministers have travelled here since Harwich Circuit was formed in 1884, viz.: Revs. George Hughes, 1883-4; E. Clarke. 1884-6; G. C. Normandale, 1886-9; T. Tempest, 1889-91; James Clark, 1891-3; J. Buck, 1893-6; H. Fleming, 1896-1901; J. Kemish (who died here) 1901-2 ; W.C.T. Parker, 1902-5; A. Sutcliffe, 1905-10; L. Kemish, 1910-14; J. Wellings, 1914-19. Our record would be incomplete without reference to the splendid band of Local Preachers, Sunday-school Teachers, Women of the Sewing-class, and others too numerous to mention individually, who, nevertheless, have done much towards building up this circuit. Special mention may be made of Mr. Joseph Gant, who served the circuit admirably for many years as Local Preacher, Circuit Steward, Trustee and Sunday-school Superintendent, until failing health necessitated retirement from responsibility. His home has been one of generous hospitality. Mr. T.F. Smith and Mr. W. Offord, our present Circuit Stewards are both capable men of good business ability, and have for many years served our church in various capacities with loyalty and devotion.

Speaking generally, the condition and prospects of the Harwich Circuit are very encouraging, Its Trust Property is valued at £3,245, with a total debt of £664. War-time conditions in this Naval and Military Centre have been severe, but the work has prospered. During these five years Chapel debts have been reduced from £900 to £664; and Upper Dovercourt, Mistley and Bradfield Chapels have been made free. Church membership has risen from two-hundred-and-twenty-three to two-hundred-and-forty-five. The Sunday-school shows a small decrease, but all other departments show encouraging advance. Contributions to Home and Foreign Missions have risen from £22 to £31 and contributions to our Orphan Homes have doubled.

The Rev. J. and Mrs. Wellings now remove to the Motcombe Circuit with the good wishes of this station, to he succeeded here by Rev. and Mrs. W.H. Lawson. The prospects of the circuit are bright.