You are here: HomenextPlacesnextEssexnextSaffron Walden Mission 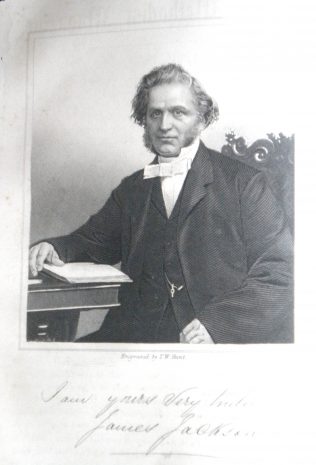 There was a real fervour among the Primitive Methodists to spread the Gospel and for them ”Missionaries” were those who took the message of the Gospel to the people of this country, and it was later on that they started to think of mission overseas.

At the beginning of 1823 the Nottingham Circuit had six Branches – Boston, Spalding, Norwich, Fakenham, Cambridge, and Lynn, and then the Conference of 1825 made them into a new District of which Norwich was the head. Lynn had been made a circuit in 1824 after a Mr Wilber had a preaching room in that place in 1823. The cause developed at Fakenham which led in 1824 to Upwell (afterwards Downham Market) became head of a new Circuit. They were anxious to continue the missionary cause and at the Upwell Quarterly Meeting of March 1838 Bentley Redhead and James Jackson were set apart and  appointed to missionary work.  Bentley Redhead appears as a minister  on the Norwich Circuit in 1834 and then moves to Fakenham in 1835 and to Upwell in 1837.  James Jackson was born at Hilgay, not far from Upwell  on the 24th of April 1816 and appears as a minister  at Upwell in 1839 (It seems almost that he was made a minister to be sent out on mission!)

But the Quarterly Meeting was not able to select a locality to its own satisfaction and no precise directions were given them, so the sphere of their operations was left to their own choice.   At the end of the following month they went forth at a venture and at the end of a long days journey found themselves at Saffron Walden, forty miles away.  The next morning they found that it was a country town of some importance; and on making inquiry they found there was little Methodism there, nor in the neighbouring villages. They felt that it was a “fine field for usefulness” that presented itself before them and they were determined to cultivate it.

So on Friday the 2nd of May 1838Mr Redhead preached in the open-air in Castle Street, Saffron Walden, to an attentive congregation, though open-air preaching was unusual in that town. The following evening Saturday 3rd May they visited Little Walden, a little way out of town, and preached to a company of  persons who listened with attention.

On the Sunday morning of 4th May Mr Redhead preached in the market-place at Saffron Walden  to a large congregation. In the afternoon he and Mr Jackson visited the village of Debden, where a large assembly was gathered and where they proclaimed the glad tidings of Salvation with good effect. In the evening Mr Redhead preached to a large congregation on the Saffron Walden Common, and Mr Jackson to a small one in the village of Wimbish.  A busy Sunday!

Little Walden, Debden, Ashden, Radwinter, Wimbish, Great Chesterford, Little Chesterford,  Newport, Hadstock, Arkesden, and Chrishall, covering a considerable area and many miles. At first their services were all conducted in the open-air, and they endured much exhausting toil in their efforts to supply the places with preaching as frequently as possible.  They often walked fifteen or twenty miles on the Lord’s Day and preached three times in the open-air.

On Sunday 25th May Mr Jackson did more than this. He preached at Debden in the morning, Wimbish in the afternoon, Radwinter at 5 pm and Ashden at 7  30 pm .  The last service was held in a barn, and was eminently effective. The others were in the open-air, and the distance the preacher had to walk was about twenty miles.

He and his colleague, however were cheered under their exhausting labours by the evidence of spiritual good effected and the encouraging number of persons was early brought under religious impressions, who penitently sought Salvation through Jesus Christ, and became united in church fellowship under the pastoral care of the missionaries.

At Saffron Walden a small chapel formally occupied by the Wesleyans was taken on rent, and opened for religious worship on  30th  June, and a society was formed there, and then at most of the places before mentioned, and the work of God gradually prospered. These first missionaries met with no violent persecution, they were generally favoured with a courteous reception, and through no striking incidents marked their course, a considerable amount of good was effected by their zealous labours and persevering efforts.

The expense of the mission appears, however, to have been much more than anticipated by the circuit authorities. In the report of 1841 it was said, “Our financial department has improved very much, otherwise we could not have met our very heavy expenses, for our mission during the two years have cost the circuit £65.”  This amount expended on the maintenance of two missionaries for two years being regarded as very heavy expenses!  Most of the missions in the Connexion had cost much less than this, and many had become self-supporting in less time than two years. Hence the very serious manner in which the circuit evidently regarded the expenditure on this mission.

In 1840 Bentley Redhead moved to Stowmarket and in 1841 James Jackson moved to Cambridge having spent time establishing the work in the Saffron Walden area. When in January1843  Edward  Rust entered upon the mission, there were two travelling preachers, eight local preachers, eight preaching places and eighty-two members in society. During the next two and a half years of Mr Rust’s continuance on the mission the work prospered more rapidly than before. A Camp Meeting held at Chrishall was a means of reviving the society there, and the congregation so increased that the preaching place had to be enlarged.

It was said that a Divine Blessing was upon a protracted meeting at Clavering, conducted by Robert Eaglan, who had joined the mission in 1844, a revival of religion took place, and many souls were brought to the Saviour. A neat chapel was soon erected there.

At Hempstead, the native place of Dick Turpin, the notorious highwayman, the grace of God was displayed in the salvation of some who were almost as bad as him in wickedness.

At other places considerable growth was effected.  Robert Rust said “During my abode among the dear people of this mission we have had an increase of two local preachers, four places of worship, and 102 members of society”.  During this period the mission was transferred to the care of the General Missionary Committee.

In the spring of 1845 preaching was introduced to the village of Weston Colville in Cambridgeshire.  Mr Ford, a member of the Independents at a neighbouring place, allowed the services to be conducted in his house.  A dwelling was then rented for the use of the congregation and the newly formed society, and many sinners were converted to the Lord. This however, becoming too small for the increasing congregation, a commodious Chapel was soon afterwards erected, and opened for divine worship in 1847.

In March of that year James Blades, the Superintendent of the mission, wrote an encouraging account of the progress of the work of God.  He says, “God is opening our way in this country in a remarkable manner – such spiritual awakening as we now have it has not been my happiness to witness since I entered the itinerancy; The country seems under day religious impressions – The Fields are white already for harvest! “

However difficulty had to be faced.  The clergy greatly exerted themselves to stop progress, and to prevent access to the people, but their plans did not always work out. Two respectable farmers, being constables, or churchwardens in neighboring parishes, were sent by their respective clergymen to forbid the preachers conducting services in the open-air.  They, however, deemed it best to hear a little for themselves before they carried out their directions into practice, and while they listened to the truths delivered in simple language and fervor of spirit both of them were convinced of sin, and instead of interrupting the preachers they began to seek salvation through Jesus Christ, and became ardent friends to the rising cause.

The friends suffered much in many places from the bitter opposition of clergymen, who frequently had them put out of their employment because of their connections with the societies, and the congregations had often been disturbed by the rude behavior of ignorant and godless young men; but despite this the work of the Lord had prospered in a most encouraging manner, and produced a striking change for the better in numerous localities

The London District was formed at the Conference of 1853 being comprised of the three London circuits, and of the Saffron Walden Circuit, (which had belonged to the Hull District.) of Reading, Luton, High Wycombe, and Maidenhead connected to the Brinksworth District – and of  missions under the care of the General Missionary

Saffron Walden Circuit continued to push forward good work, and made considerable progress both in erecting places for worship and bringing sinners into the fold of God.  It also created branches at Wickham Brook and Stanstead, which was an encouraging advancement.

On most Sundays 59 services were planned, taken by 2 Ministers and 38 Preachers listed, with 2 more On Trial, 5 Exhorters, 8 Prayer Leaders, and 10 Auxiliaries. There were mid-week services planned in most places. Dates were given for Camp Meetings in eight places with Preachers/Leaders appointed for afternoon and evening sessions.  Dates and venues were given Chapel and School Anniversaries, Tea Meetings and Revival Meetings. The Plan also showed the Circuit Regulations and the names of the Officers of the Circuit

From 1838 to 1859 – 21 years – the Saffron Walden Circuit had come of age for much had been accomplished and a great deal was happening.  There is much to say about what followed and we could write about the development and the decline of the Circuit but that is another story.